Let it be because of their achievements and feats or intelligence on the most common stuff out there, here we are taking a look at how intelligent TBBT characters are by analyzing their IQ. 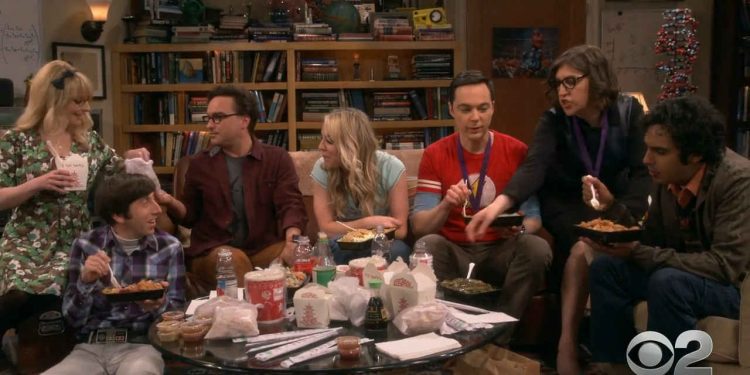 The Big Bang Theory is one of the few sitcoms popular for probably having genius characters aided by some of the funniest jokes. No, you don’t have to be a genius to understand the show, but how intelligent these characters are will be a question you often face as you move ahead through the seasons. Taking a look at the same, here we are trying our best to determine the IQ level of all The Big Bang Theory main characters based on the different types of intelligence.

Talking about the same, we have only kept the list of our seven main characters. Not every one of them has a degree or a doctorate. They may not have had major inventions and discoveries in their name but brought forth a completely different skill set to the table. Apart from that, The Big Bang Theory only revealed the IQ of only two of the main characters. We will also analyze how correct that is and why it can be debatable.

Penny might be the only character not to have a degree over here. Yes, she dropped out of college. But, Penny’s skillset and intelligence work in a completely different field. This comes from how clever she is and always finds a way out to keep herself on the track of life. Thus making her one of the characters to have an IQ above average in The Big Bang Theory.

Nerdy and science stuff aside, she knows how life works if one of your genius skillsets doesn’t aid you there. At times like that, she is quite resourceful and has always been a good friend to our geniuses. For example, even though her acting career didn’t pan out, she managed to keep going with a waitress job. Then transitioned it by joining Bernadette’s company.

Being helpful to the guys where their skillset didn’t aid them. Remember the time she helped them fight a hacker and get Sheldon’s stuff back. That’s how things are done in Nebraska, apparently. Apart from that, Penny is one of the few who understood Sheldon in a way his genius friends couldn’t sometimes until Amy came along.

Apart from bringing her Ph.D. in microbiology and her highly decorative job at the pharmaceutical company ZanGen. Bernadette is one of the characters that went through a number of ups and downs when it comes to her lifestyle. But she has been a boss of her own and always was meant to be one.

Yes, the other genius characters in the show sometimes might take the spotlight from her. Still, her achievements speak a lot, and probably she was one of the most adaptive ones in her life. She worked as a waitress as she pursued her degree and today makes more money than Howard ever can. The same money helped her and Howard to easily welcome a baby and adjust to the life of parenthood.

Sheldon can cry all day that Howard doesn’t have a doctorate like them, but he has been to space. Howard’s skills got him there. The aerospace engineer comes from MIT and literally made robots just for fun. One day he went on to make most of the components for the International Space Station.

Apart from all of the skills he brings to the table, his confidence is one of the reasons he is able to excel. But the same confidence doesn’t work on the other side of intelligence. Socially, Howard often came out as a straightaway creeps in the show’s earlier episodes until Bernadette came in to help him change. If we talk about adaptability, sometimes it’s pretty hard to consider who to be smarter between Bernadette and Howard. Still, they go hand in hand.

Raj’s lack of social skills, awkwardness around women, and bad luck in relationships kinda take away the spotlight on how intelligent he is. Add some drinks, and you will get to see a more confident side of him that works well on the interactive side of intelligence as well. All of this resulted in having us a very limited number of moments where he may have got to prove himself careerwise.

Also, we would like to mention that, at times, Sheldon has mentioned that Raj could be smarter than Leonard. How? Well, that’s debatable, and you will once find out as we move forward in the list.

Amy Farrah Fowler brings her doctorate degree in neurobiology from Harvard University to the table. The one other thing she brings to the table is her adaptability probably. The first time around, we met Amy when Howard and Sheldon discovered, we did see her as nothing more than just a female Sheldon. Until we actually got to know how eager she is to learn, unlike him.

So fast forward to towards the end of the show, apart from being intelligent academically, she has well-handled herself emotionally. She spent her whole life alone with only a janitor friend with whom she had lunch. A series of bad school memories with no friends. Once she met our gang, though, she had all the confidence to bring her brighter side.

Apart from Penny, she is probably one of the few who actually understands Sheldon like no other. Also, there have been times she has been quite manipulative to her will. Remember the time she made Sheldon think how Leonard and Penny were manipulating him. Well, she got a little cocky, but that clearly told us a lot about her intelligence.

With his Ph.D. as an experimental physicist at the California Institute of Technology, Leonard brings quite a lot to the table. But at times, he likes to keep away from the fact of how intelligent he is. This probably has to do with the fact that for most of his life, he wasn’t appreciated for that. Leonard’s parents always thought his siblings were far more intelligent than he ever was. The Big Bang Theory as a show gave his character an IQ level of 173.

Anyway, we have seen both sides of Leonard, let it be him geeking with his best friend Sheldon or working with him and even being sick of him, trying a different side with Howard, and trying to be more of a regular outgoing person for Penny. Apart from being intelligent, he tries to keep everyone afloat. Still, 173 number coming from the show is quite debatable as we would like to place Leonard with Raj somewhere. Why? The next name in the list answers this question.

Sheldon is another one of the main characters whose IQ The Big Bang Theory gave away to be 187. Yes, he is pretty intelligent, and every frame of the entire show tells us that. For people who are not fans of the show, not crazy since his mother had him tested. Still, when it comes to regular fans, they have still doubted Sheldon’s intelligence to 187 despite no matter how many times he has proven his intelligence on the show.

Yes, Sheldon is a Noble Prize Winner., received his P.h.D. at 16, and considers himself to be the perfect human specimen. Then, he was also the youngest to receive the Stevenson Award at his age, and at that time, he had around five degrees. The list goes on and on. Still, popular scientists like Albert Einstein and Stephen Hawking had an IQ of around 160. So, in reality, it’s very hard to consider Sheldon to cross that from the life we saw of him in the show. Same for Leonard, as the show mentions his IQ level to be 173. At the end of the day, The Big Bang Theory is a show, and we might accept it as well.