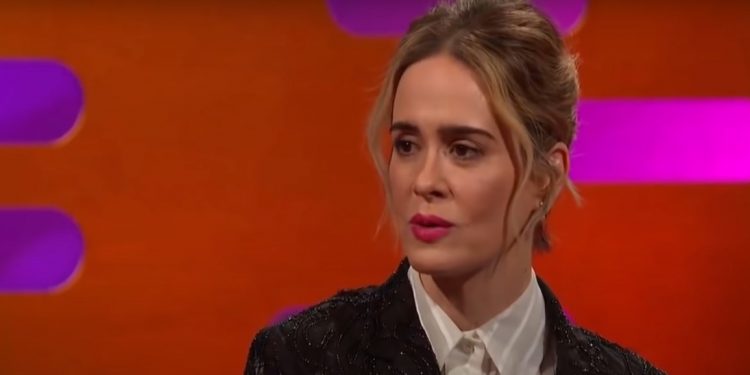 If Hollywood has a versatile actress, that’s Sarah Paulson. Firstly, this Floridian actress was born in Tampa and began working in acting as soon as she was out of high school. And her rise to fame came with time. Beginning with small roles in television and then eventually landing some supporting actress roles in films. Also, her work in television is impressive —she’s Ryan Murphy’s muse, after all. Her work in movies is not bad at all. These are some of the best Sarah Paulson movies out there.

The following list doesn’t have a particular order. And while Sarah’s roles in some of these movies are as a supporting actress, they’re included because she’s there, and I consider the movie is good. In consequence, if you’re a hardcore Paulson fan, please don’t get upset with me. After all, we’re celebrating this great actress with some of her great movies. Now without any further ado, let’s begin covering some of her movies here at Otakukart.

The Other Sister is a movie by Garry Marshall that stars Sarah Paulson in a supporting role and Giovanni Ribisi (Gone in 60 Seconds) and Juliette Lewis (Yellowjackets) in the lead roles. And it tells the story of a girl with mild mental issues that returns home from boarding school to an overbearing mom (played by Diane Keaton). Her mother is embarrassed by her daughter’s disability. After some time, the girl falls in love with another disabled student. In this movie, Sarah Paulson plays one of the girl’s sisters. One who’s very supportive of her relationship with the troubled couple.

If you want to watch “The Other Sister”, you can stream it via The Roku Channel and Hoopla, or you can rent it or purchase it from Apple TV, Amazon Prime Video. Google Play, YouTube, Vudu, DirecTv, Spectrum, and the Microsoft Store if you live in the United States, the United Kingdom, and most EU countries. Additionally, if you live in Australia or New Zealand, the movie is available for streaming in Disney+ and for rent on Apple TV.

Held Up is a 1999 crime comedy by Steve Rash starring Jamie Foxx, Nia Long, and Sarah Paulson in a supporting role. Firstly, Rae (Long) discovers her man, Michael (Foxx), managed to spend the $15,000 they reserved for a new house on a classic Studebaker while on a road trip in the Southwest. Rae drops Michael off at a local shop and gets a ride to the airport right away.

Soon after, Michael misplaces the car after being conned out of the keys by a young child. When Michael is caught up in a robbery gone wrong at the local shop where he is now stranded. His day quickly goes from bad to worse. The police (local goons) arrive prepared for a shootout. Michael is trying to persuade the gunman (Yáez) to let him. And the other hostages go while also figuring out how to get through the airport once Rae’s flight takes off.

Directed by Nancy Meyers and starring Mel Gibson, Marisa Tomei, and Helen Hunt. It is a 2000 rom-com where Sarah plays a supporting role. The plot is silly. A chauvinist womanizer ad-man from Chicago has a bathtub accident and electrocutes himself. Later on, he develops the uncanny ability to hear women’s thoughts. Also, he uses that ability to get an advantage in multiple aspects of his life: He uses it to get a competitive advantage in the workplace. And then he uses it to get women in bed. And he even uses it to improve his relationship with his daughter.

The Post is a 2017 American film by Steven Spielberg starring Tom Hanks, Sarah Paulson, and Meryl Streep. The film tells the story of the Washington Post editor and his relationship with the publisher of that newspaper. The plot thickens the moment some journalists at the media outlet decide to publish the Pentagon Papers, an exposé of the Vietnam War.

Ocean’s 8 is a feminist remake of the classic Danny Ocean heist movies starring Sandra Bullock, Anne Hathaway, Sarah Paulson, Awkwafina, Helena Bonham Carter, Mindy Kaling, and Rihanna. It’s basically a spin-off of the Danny Ocean films where Bullock plays Danny’s sister Debbie as she and her team pull out a heist at the Met Gala. In this movie, Sarah plays a suburban mom with a knack for buying stolen goods. She gets cajoled by Bullock’s character to participate in the heist in funny scenes.

This riveting period movie by Steve McQueen starring Chiwetel Ejiofor, Michael Fassbender, Benedict Cumberbatch, Paul Giamatti, Lupita Nyong’o, and Sarah Paulson tells a real-life story. It’s about a man named Solomon Northup, who was a violinist in New York and got kidnapped and sold to a slave pen and shipped to New Orleans. Solomon goes through a lot of pains and ordeals as he must live with the harsh realities of slavery in the Southern United States in the 1800s.

This Netflix exclusive film starring Sandra Bullock, directed by Susanne Bier, is a post-apocalyptic horror film that is based upon a book by the same name. The plot is fairly simple, there’s an epidemic where people die by suicide, and the disease is spread by looking at people. In this movie, we have Sarah Paulson share the screen with John Malkovich, BD Wong, Parminder Nagra, and Tom Hollander. If you want to watch this film, simply navigate to Netflix as it is globally available there.

This 2012 political drama about the 2008 US presidential campaign of the Republican candidate’s John McCain and Sarah Palin directed by Jay Roach for HBO stars Julianne Moore, Ed Harris, Woody Harrelson, and Sarah Paulson. It chronicles the troubled and utterly funny campaign where the Republicans chose an outsider for the vice-presidential campaign and failed spectacularly. If you want to watch this film, you will need an HBO Max subscription since it is an HBO Original movie and it is an exclusive film. Luckily, HBO is a globally available platform that you can acquire by itself or on top of your Hulu or Amazon Prime Video subscriptions.

With these movies, we wrap up our scoop on what we deem the best films Sarah Paulson has on her credits. While there are many more, these are the ones we liked, and we presented them in no particular order. Hope you like our recommendations, and please, keep coming back for more daily updates on all your favorite movies series, movies, and shows here at Otakukart.

Also Read: Who is Sarah Paulson & What is She Known For?

The Wheel of Time Season 2: Everything We Know So Far