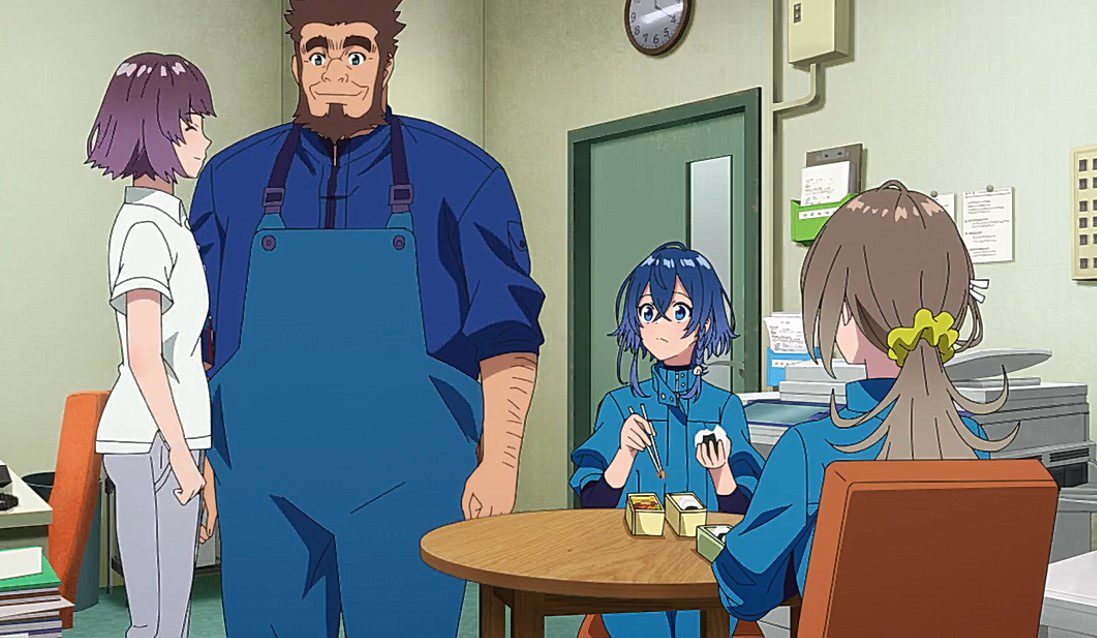 Karin received a call and head to break the news to Fuuka and Kukuru. Kukuru is glad that they will be taking marine life on tour for people who can’t make it to the aquarium. Karin adds that they will be doing that at the pediatrics department of Najo General Clinic. Kukuru thinks that they should tell Umya about it since it was his idea. Umya arrived and heard the news. He thanks Karin for making his wish possible. Karin comments that there is one condition on them doing the traveling aquarium.

Kukuru headed out with the boys and told them that crabs are banned. Kai wonders why and Kukuru reveals that the pediatrics head nurse said she hates the C-word and is scared of it.  The head nurse also told her that they have two pincers, and they crawl side to side with their eight legs. Those things give her child, and she banned them. Kukuru wanted to convince her, and she told her not to ver mentioned the C-word. The nurse warns Kukuru not to bring crabs, and Kai wonders if she hates crabs that much. Kuuya wonders if the nurse has beef with crabs.

Previously on The Aquatope: on White-Sand-Episode 8

Umya arrived with Garra Rufa and told them to take it with them. Umya adds that they will be their stars today since they are popular. The trio heads there and leaves Kuuya and Kai taking care of the aquarium. They arrived at the clinic and met with Kanri, who gave the cards and told them to cheer the patients. Umya tries to impress the girls and said he has been working on his muscle. He tried to lift heavy stuff, but he’s back make that found, and he begins to sweat. Kukuru wonders if he is okay. Umya tries to be brave and said he is okay. 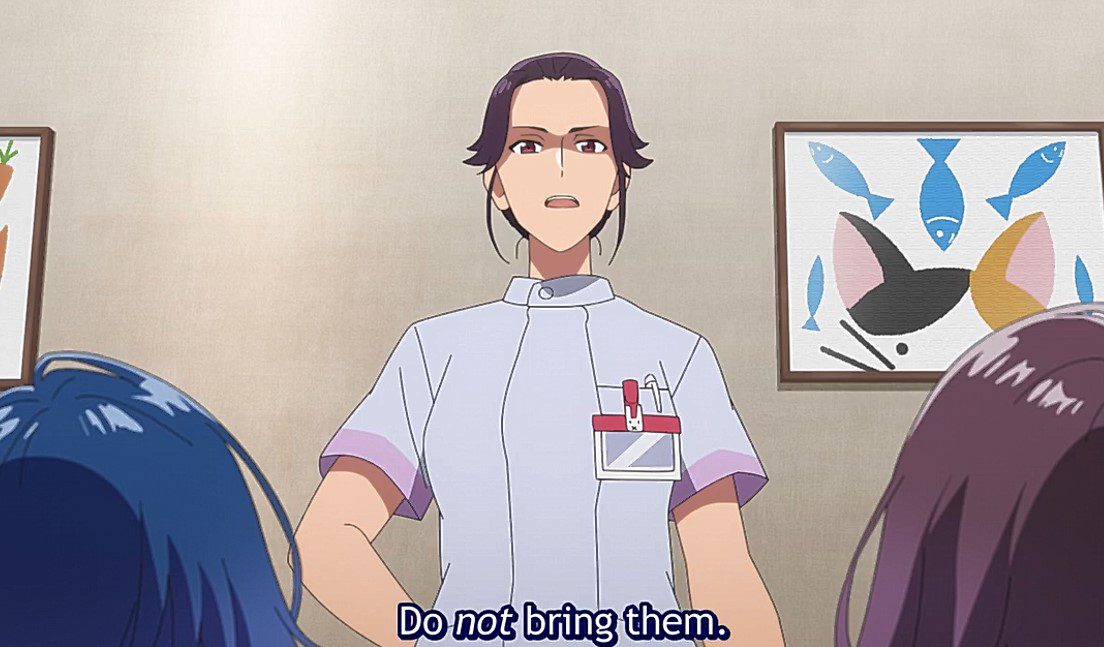 They entered the building and met with Kinjo, who hates the C-word. Kinjo is glad that they didn’t come with it. She headed out and met with Umya at the passage and begins to feel creep. Kinjo wonders if Umya breaks the code and brings that stuff she hates. The staff member calls her, and she heads to help and decided to leave Uma’s case. The girls help each other to pack stuff. Karin wonders if Fuuka lifts weights, and Fuuka told her that she got stronger by working at Gama Gama.

They both talked about the aquarium, and Kukuru enters the room. Umya put his stuff wrapped with a veil. They prepare the room, and the patient kids are excited to see sea life brought to them. The kids enjoyed everything and watch different sea creatures. Umya met with a patient boy that wants to know the thing he got. Kinjou arrives and helps the boy. But a crab crawls on her chest, and she almost froze to death. The boy took that crab and realized that Umya brought the things he likes.

The Aquatope: on White-Sand-Episode 9 Release Date

Where To Watch The Aquatope: on White-Sand-Episode 9