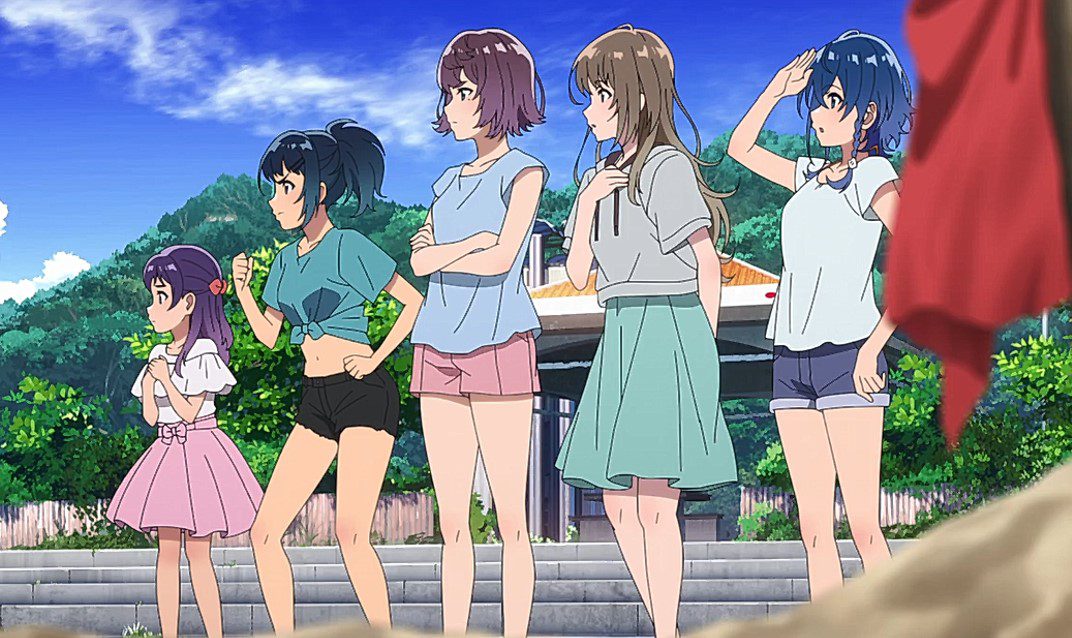 We will be focusing on the next release of The Aquatope on White Sand Episode 8 that will be released soon. Kukuru and the other throw an outstanding summer event at the aquarium. Later they head to the beach, and a young grade-schooler challenged Kuuya. Kuuya told the boy not to underestimate the grown-ups, and the boy told him not to take the grade-schoolers for granted. The next day Kukuru is glad that they met their first goal of August since they had more visitors than any other month. The touch pool and shaved iced made a considerable profit.

Kukuru asks gramps what he thinks about her work as the Acting Director. Gramps smiles and nods his head. Kukuru comments that if they improve, there won’t be more talk about the aquarium shutting down. She announced that they would no break and they have to work hard for the next month. Kuuya reminds her about the shifts he had without taking a break. He reminds her that he filled for Umi while sick and the director while out of town. Gramps told Kukuru to give her staff time to rest since it is essential for their job as directors.

He reminds her that Umi is back and she has to take a break too. The girls head to the bar in the evening, and Udon suggests hanging out for summer break since they leave. Fuuka told the crew they could go to the beach, and Udon comments that it is ordinary. They decided to do a barbecue and invite Kai and Kuuya. The next day they arrive at the beach and enjoy playing with the sea waves. They also enjoy swimming and comments that the tourists are all in swimming suits.

Previously on The Aquatope: on White-Sand Episode 7

After swimming, they head to a barbecue that Kai and the others prepared since they came early. They arrive, they are surprised to see Kai with a little girl. The girl thanks them for inviting her, and Kukuru comments that she knows the girl will come. Kai reveals that he tried to convince his sister to stay. The girls said she is Maho and talk with Fuuka. Maho said her brother was right, and Fuuka is so cute. They tease Kukuru that she smells like fish, and Kukuru replies that she is a fisherman’s daughter is nothing wrong to smell like that. 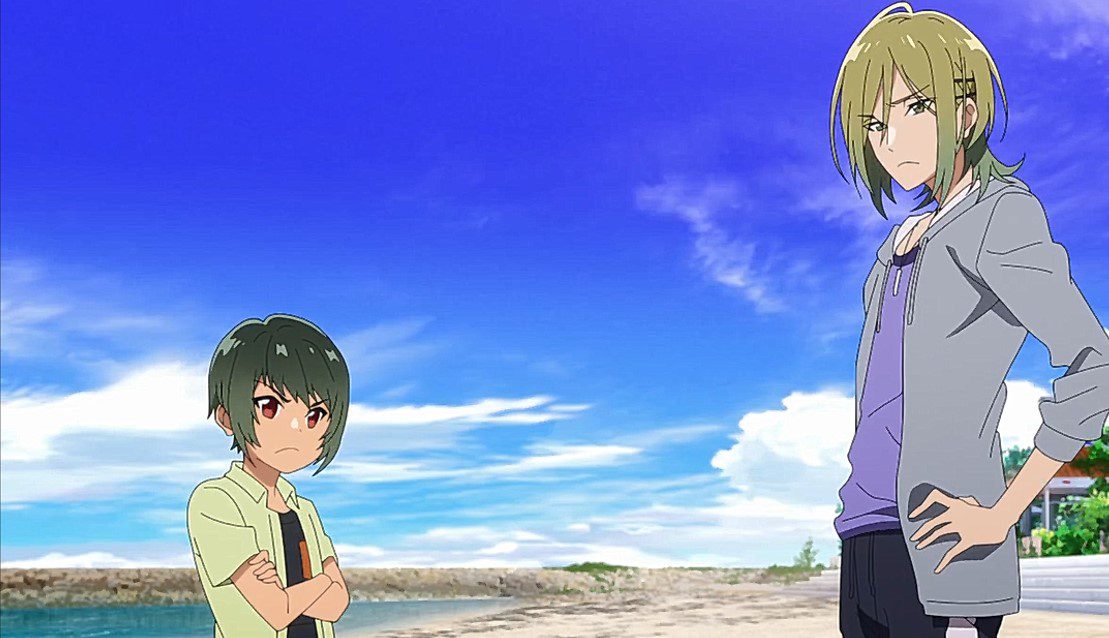 Maho adds that Fuuka is not so rural, and she smells like Tokyo. Kukuru comments that Fuuka is from Iwate. Maho gets angry and told her brother if he will date someone, it has to be Fuuka, not the likes of Kukuru. Kai asks Maho what she is talking about, and Maho reminds him how he praises Fuuka. Maho insists that she wants a sister like Fuuka. The girls realize that Kai got busted; Kuuya is watching the boys playing soccer and comments that he cant handle brats from elementary school.

Kukuru and Udo realize that Maho likes Fuuka. Later Kukuru and Fuuka share something, and Maho’s classmate arrives. Rui told Kai that he is a brother-in-law. The girls realize that Rui is saying he is dating Maho. Maho comments that she is planning on dating someone that she will marry. Rui’s rival Kuuya arrives, and Kukuru remarks that the two challenged each other on fish knowledge. The two races and Kuuya won, but the girls scold him not be happy about it since Rui is a child.

Where To Watch The Aquatope: on White-Sand Episode 8?