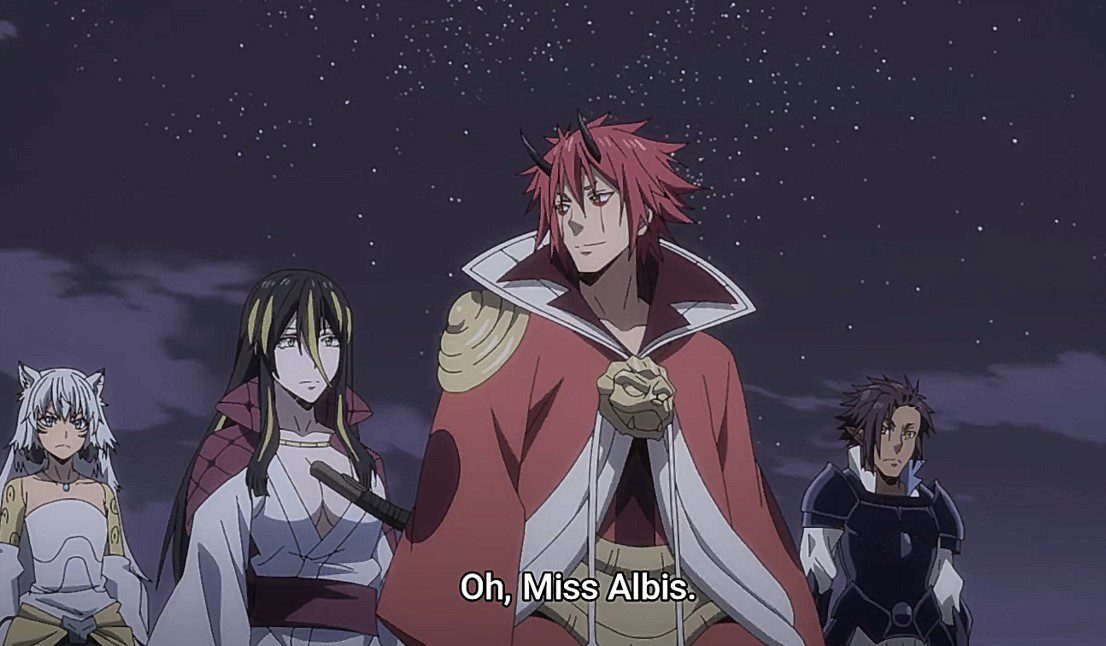 That Time I Got-Reincarnated-As A Slime Season 2 Part 2 Episode 20 is around the corner. This anime will reach the final stage with a few episodes left. Let’s look at Rimuru’s life and other Tempest Monsters in That Time I Got-Reincarnated-As A Slime Season 2 Part 2 latest episode. Rimuru arrived in Dryas and made a crystal orb using Bretta’s Chaos Core as a reference, and Treyni-san inhabited it. Treyni thanks Rimuru that she evolved into a Dryas Doll Dryad. She comments that she can accompany Lady Ramiris without any concerns. Ramiris is glad that Treyni can move freely and they can leave the Forest of Jura.

Rimuru reminds them that Walpurgis is held in a specially prepared dimension, and it is possible that Treyni won’t enter. But he turned her into Dryas Doll Dryad for her to join; if such a condition happens. Rimuru’s operations steadily continue since the Demon Lords’ banquet, Walpurgis, is this evening. Rimuru decided that it is time to settle all of their scores. In the morning, Rimuru receives the message that the venue got created at the entrance to the Great Forest of Jura. The episode title: ”The Signal to Begin the Banquet.”

They also told Rimuru that their quick-footed Lycanthrope soldiers, disguised as refugees, will pretend to flee while luring the enemy into Gelda’s trap. Rimuru gets ready and wears his black outfit. Benimaru comments that the barren wasteland, the ruins of the former Orc Kindom of Oribic, is his concern since they will soon become a graveyard for Clayman’s forces. Rimuru reminds Benimaru that the battle has not yet started and why he is confident that they have won. Benimaru replies that when Rimuru awakens, he acquired the gift of his unique skill ”Born Leader.”

Previously on That Time: I Got-Reincarnated As A-Slime Season 2 Part 2 Episode 19

Benimaru reveals that Born Leader allows him to read the enemy’s every move as clearly as the flow of a river. Benimaru talked about destroying Clayman’s castle that is said to lie beyond the mist. But Soei and Hakuro will be the ones to infiltrate it. Shuna reminds Benimaru that the Demon Lord Clayman has dangerous power that allows him to control others. She is worried that Clayman can take over Hakuro and Soei, and if Benimaru is rushing things, she will have to follow to the battlefield. 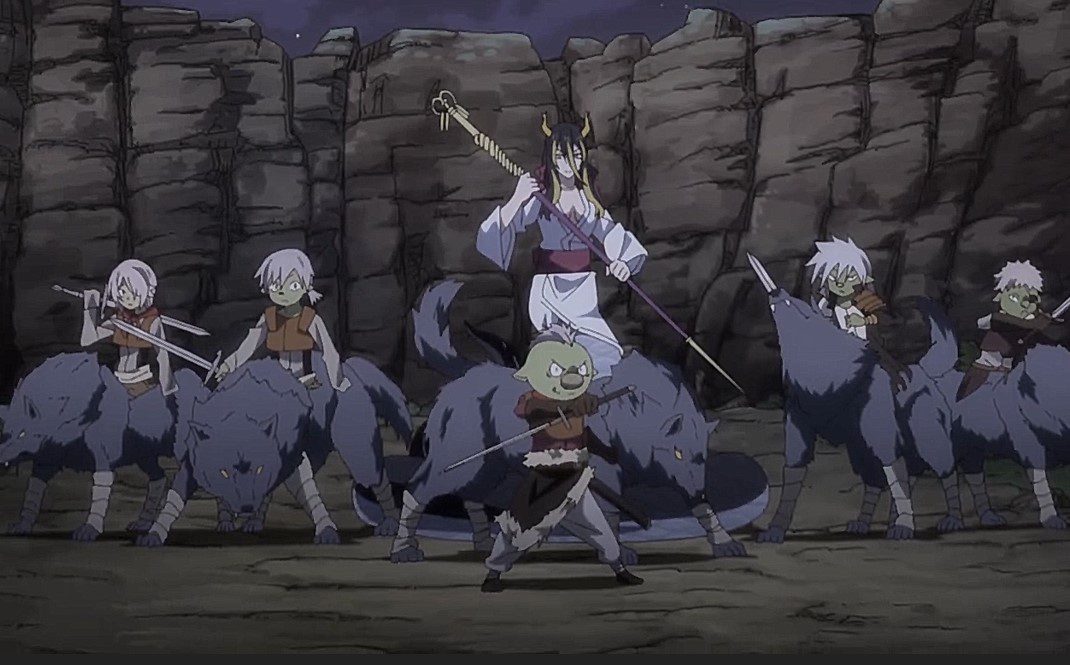 Rimuru realizes that he can’t send Shuna to danger, but it is essential to destroy the castle while Clayman is away. Soei teleported and arrived inside Rimuru’s room and told him not to worry and he will protect Princess Shuna himself. They realize that Lord Carrion can get held in the enemy’s castle, which is necessary to investigate. Shuna adds that she is angry snd struggling to suppress her desires to see Clayman pay for his actions. Rimuiru grant Shuna permission to join the battle and told the team that Shuna is their top priority. She told them not to worry since she can teleport there.

Rimuru told them that the plan would begin when before Walpurgis starts. Soei adds that there are only 100 Dragon Faithful among Clayman’s forces. Rimuru asks what Dragon Faithful are, and Soei said they worship Milimi, the Dragon Princesses. Rimuru thought Milimi has no subordinates. Later the Clayman’s Army got attacked by Rimuru’s men. They begin to slaughter the army, and Albis clashed with Yamza, the Magic Swordsman of Ice, the Five Fingers in service to Demon Lord Clayman. Gobta arrived with an army of green Goblins and blocked Yamza’s blade since he was about to play it dirty.

Where To Watch That Time I Got-Reincarnated As-A Slime Season 2 Part 2 Episode 20?