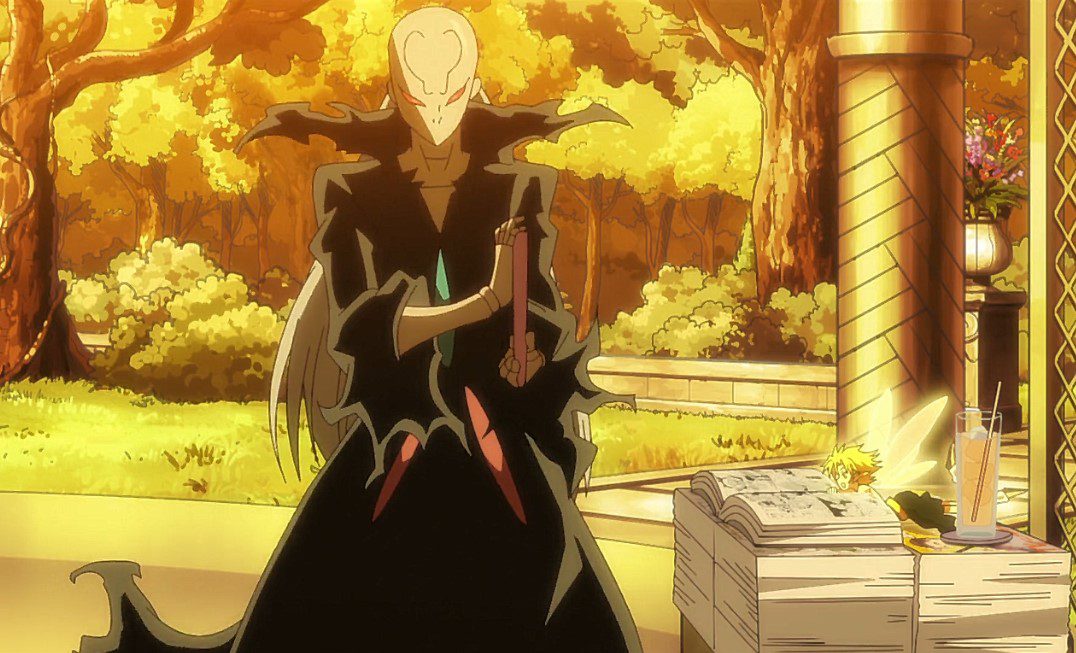 Diplomatic relations got established between Tempest and the Sorcerous Dynasty of Thalion. Following Blumund and Dwargon, the third human nation, Tempest allied; thus, the extended meeting between humans and the monsters ended. Rimuri saw a Golem and wonders why she is here, but he realizes that it is the Golem that he made for Demon Lord Ramiris. He confronts the Golem, who congratulates him for his evolution to Demon Lord. They both greet each other and talk about Ramiris tasks. Rimuru asks the Golem why she came here with Demon Lord Ramiris.

The Golem reminds Ramiris that they have to inform Rimuru about the matter that made them come here. Ramiris replies that she is busy, and Golem told her not to forget about their purpose. Ramiris asks about the heroine in the fantastic manga she is reading. Rimuru said that if she doesn’t want him to spoil who she will end up with, she must reveal why they are here.  Ramiris stood up and float on mid-air, saying that she is saying this once more ”This country, Tempest, got doomed to fall.” Rimuru wonders why she is telling him for the second time.

The episode title is ”The Congres Dance.” Ramiris asks Rimuru if he is surprised and replied that not at all. She replies that she doesn’t want Tempest to fall, and that is why she came here. Rimuru asks why Tempest is doomed and told Rimuru to listen to the whole story without panicking. On Demon Lord Clayman’s proposal, Walpurgis got set in motion. Rimuru wonders what Walpurgis is, and Ramiris reveals that it is the Demon Lords’ banquet, an extraordinary event that all Demon Lords attend.

Previously on That Time: I Got-Reincarnated as  Slime Season 2 Part 2 Episode 16

Rimuru wonders how a Tea Party doom Tempest falls. Ramiris said three Demon Lords must approve Walpurigis before it happens. The ones who gave Clayman the approval are Demon Lord Frey and Milim. They will talk about the birth of the new power in the Great Forest of Jura and one whose leader proclaims himself a Demon Lord. Ramiris asks Rimuru if he declared himself a Demon Lord, and he said he had no regrets. 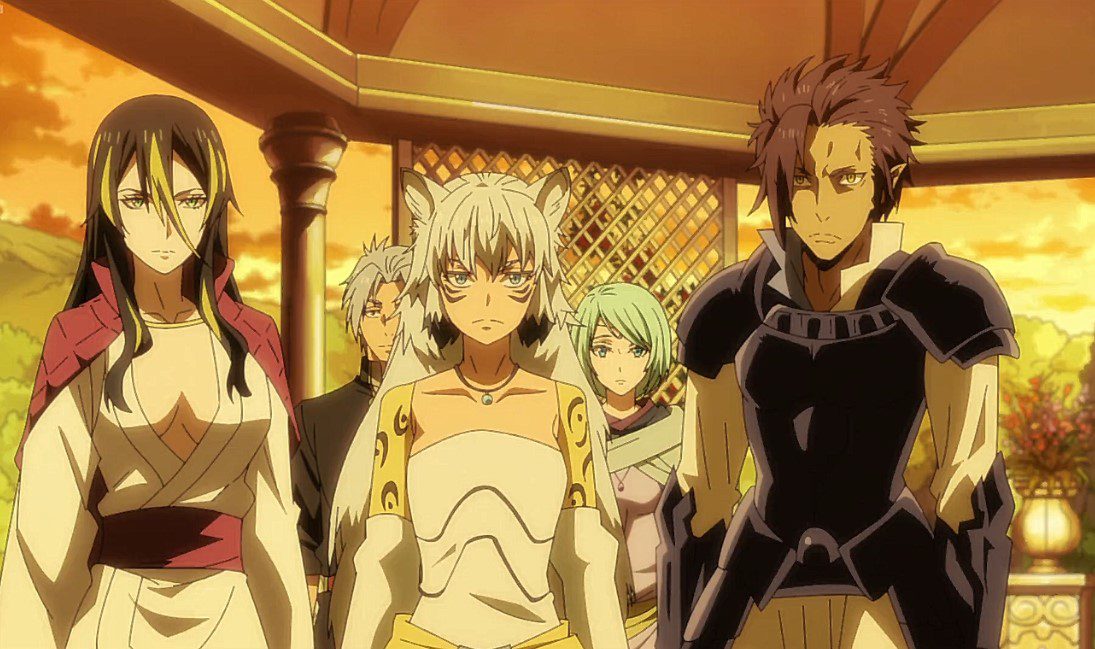 That Time I Got-Reincarnated as Slime Season 2

Ramiris think the Demon Lord title will bring a problem to Rimuru, but he will be okay since he has extraordinary powers. Rimuru wonders if it is Clayman’s goal to sanction him. Ramiris replies that Clayman has his reason for proposing that they hold Walpurgis because of Demon Lord Carrison’s betrayal. The guys nearby wonder what is happening, and Ramirisi asks Rimuru who those guys are. Rimuru replies that there are the Three Beastketeers who serve Carrion. Ramiris said it wouldn’t do any good if they get angry.

One of the Three Beastketeers asks what betrayal does Clayman claims Lord Carrion has committed. Ramiris responds that Lord Carrion broke the non-aggression pact with the Great Forest of Jura and informed them that the main called Mjurran worked for Clayman. Rimuru replies that he killed Mjurran, and they both look at Myulan and finds that she is alive. They wonder why Ramiris is calling her Mjurran instead of Myulan.

Ramiris told them to take it seriously since Carrion got defeated by Milim, and Clayman has ordered all of his majin to deploy. Rimuru realizes that Clayman is already on the move since he is cunning than he thought. He reveals that he didn’t kill Myulan, and Clayman has no clues. Rimuru show her Myulan who talk wit Ramiris. Later the monster and Great Rimuru enjoy eating and celebrating while talking about their plans. Great Sage send a message to Rimuru that Clayman’s goal is ”True Demon Lord Awakening.”

Where To Watch That Time I Got-Reincarnated as Slime Season 2 Part 2 Episode 17?

In this article:That Time I Got Reincarnated as a Slime Season 2 Part 2