Teppen!!! Anime Announced: What is it All About? 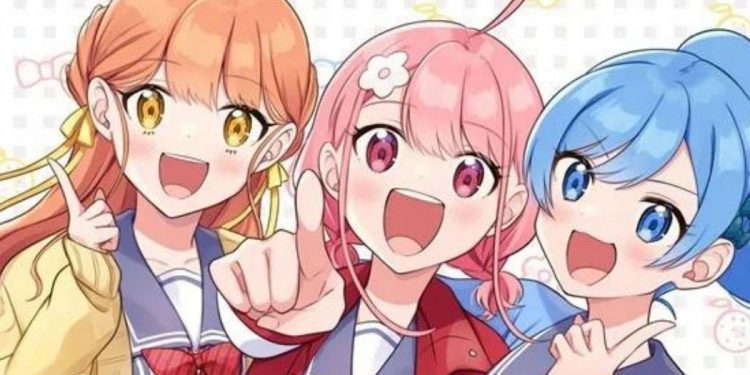 Reality is something that cannot be ignored, you have to face and do everything based on the ethics of the real world. Whether you are watching a TV serial or a movie, you will get to see one or another thing related to the real world. This is what we call the realistic theme of a particular story, and this fact doesn’t make a word boring because it includes many things that can be enough to keep the audience indulged in the series. There you can find emotions, whether sad or happy, a touch of humor, inspiration, and anything that can make that series interesting for you. If you like to watch stuff based on real-life then this anime series is for you.

ALSO READ: Will there be a Holyland Anime Adaptation?

The reason why I dedicated to introduction praising the concept of realism in a Tv series or an anime show is that the anime we are going to talk about here is all about real stuff. Teppen!!! The upcoming anime series is an anime adaption of the manga series written by story developer Inujun and illustrator Namamugi. The manga released its very first chapter on January 8, 2021, in Monthly Bushiroad magazine. Later, it was announced that Kadokawa publications will publish manga’s second volume on January 20. The inspiration of the manga is taken from real people- a trio of voice actors, to be particular. Seiyu San-Shimai Team Y is a team of voice actors named Mikoi Sasaki, Aimi and Asaya Ito,the team also have a youtube channel having over 133,000 subscribers.

The plot of the story has more of a coming-to-age concept, showing the growth of all three protagonists of the series inspired by Seiyu San-Shimai Team Y. Yayoi Skamoto, a high school girl who is a die heart fan of comedians and like to watch stand up comedies and related stuff. As she developed an interest to become a comedian herself, she gets enrolled in Kazuki High School in Nanba. Nanba is a district of city Osaka which is famous for producing or a start point for famous comedians. Her life continued there as she reunites with her childhood friend Yomogi Takahashi.

After meeting her childhood friend Yayoi remembered her days when she, along with Yomogi, formed a duo of comedians called “Konamonzu”. Their journey to become comedians take off as they started practicing in the local parks every day in order to participate in local shopping centers’ contests. Later they met the third protagonist of the series, who was initially introduced as a mysterious girl.

After knowing about the manga, you can also predict to have an anime adaption of it. However, before we can even think about it, the producer has already announced an anime series for the manga. On Thursday, January 6, 2022, it was announced that the Teppen manga series is getting an anime adaption. The title of the anime is Teppen!!! With not only three exclamation marks. What’s unique about this title is that it have over 15 exclamation marks in it which will look something like this (Teppen!!!!!!!!!!!!!!!). When asked why it has so many excavation marks, the creators teased the viewers by saying that it has some significance with the series. Many people might have mistaken it with Teppen-!!!!!!!!!!!!!! by Takaki Konari (1993), but it doesn’t have any relation with that.

As for the word “Teppen,” its literal meaning is “top” in Japanese. The creation of the manga started from the day when Team Y performed manzai at an event in January 2019 and deiced to create some original designs of characters inspired by the real world. Hence, they started a project, and finally, it came out as a manga series based on the theme “comedy”. The only thing confirmed till now is that the production of the anime has been started, and you can expect it any time in the near future. The particular dates and plans regarding the series have been kept discreet as you have to wait a long to get to know about them.

ALSO READ: 10 Anime Similar to Mieruko Chan That You Should Check Out

‘Shikimori’s Not Just a Cutie’ Anime Trailer: Everything That Was Revealed

Will There Be An Insecure Season 6? Renewal & Recap