Teasing Master Takagi-San Season 3 Confirmed? What Do We Know About The Anime 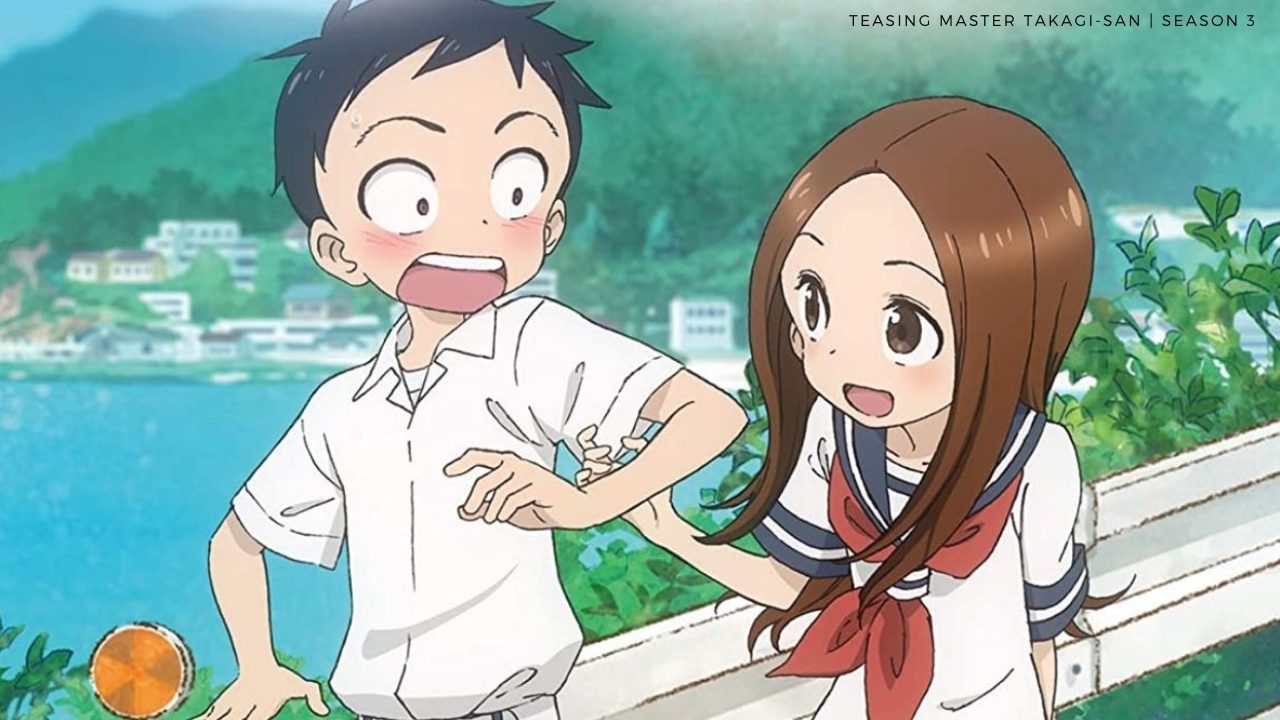 We all have been attracted to someone in our school days and have been head over heels in love with our crush. Also, we have been in relationships. The famous anime Teasing Master Takagi-San takes you to the good old days. The chemistry between the two main characters often leaves with butterflies flickering in your stomach. The anime does not only focusses on the romance between the two characters. It also showcases that how being different can highlight the couple’s feelings for each other. So, this article will focus on Teasing Master Takagi-San Season 3.

The anime undoubtedly successfully displays the chemistry of the two main characters, but at times it also leaves you laughing until tears come out of your eyes. Well, it’s possible that at the beginning of the show, it might seem a little slow and dry, but as soon you will see the characters grow, you will fall in love with the small details. Also, you will admire everything.

Teasing Master Takagi-San is a Japanese anime based on a famous manga of the same name. The manga is written and illustrated by Sōichirō Yamamoto. The anime is a combination of teen romance and comedy. The anime’s first and second seasons were so perfect that at the end of season 2, fans started crying out for season three. Well, we have got a piece of good news for the fans.

Soon, Teasing Master Takagi-San is coming up with Season 3 along with a film.

Teasing Master Takagi-San manga has been published on June 12, 2013. Since then, the author of the manga has come up with fifteen volumes. The first two seasons of the anime remained loyal to the source material of the original manga. The makers have skipped some chapters and rearranged some source material, but that did not affect the main storyline.

Season 1 covered the manga’s first five volumes, and Season 2 wrapped the storyline of the following five volumes. Still, there are five volumes left that will be covered in season 3.

Nishikata is the male main character who is in middle school and is constantly teased by his classmate, Takagi. He is an average looking shy boy. He has big eyes, but his pupils are slightly smaller in size. Also, he has messy hair and thin eyebrows, which are barely noticeable. He is pranked and teased by Takagi almost every day, but he still considers her as his best friend.

Nishikata is an overthinker who always thinks about what his friends and family feel about him. And this thought makes him anxious. Even though he is scared of exams, he ends up performing well. Takagi never misses a chance to embarrass him, but still, he cares for her. Nishikata also tries to get back to her with pranks, but he fails all the time. At the age of 27, Nishikata gets married to Takagi, and the two also become parents to a daughter.

Takagi is the female main character who keeps on teasing and embarrassing Nishikata, but she also has a deep crush on him. In appearance, she is a cute girl who is fearless, intelligent, and responsible. Takagi is a girl who loves to have fun all the time and tease his best friend, Nishikata. In the future ten years, she is portrayed as a responsible person who efficiently manages her professional and personal life. Although she loves to fool Nishikata, she also develops strong feelings for him. She is extremely good at hiding her feelings from him. At times she also becomes exceptionally nervous but hides her nervousness quickly. Takagi is also good at reading Nishikata’s expressions, due to which she remains a step ahead of him constantly.

Teasing Master Takagi-San Season 3 is set to be released sometime in January 2022. Season 2 aired on Netflix in 2019 from July 7 to September 22. Season 2 gained more popularity as compared to the debut season. So, the makers have no choice but to come up with a new season. Teasing Master Takagi-San was nominated for the 10th Manga Taishō award in 2017, and it won the 66th Shogakukan Manga Award in the shōnen category in 2021. It’s been two years since Season 2 ended. The long wait for the upcoming season will be over soon as the creators have confirmed that the season will premier in January 2022.

How To Watch Money Heist Season 5 Online? The Final Season Is Here!