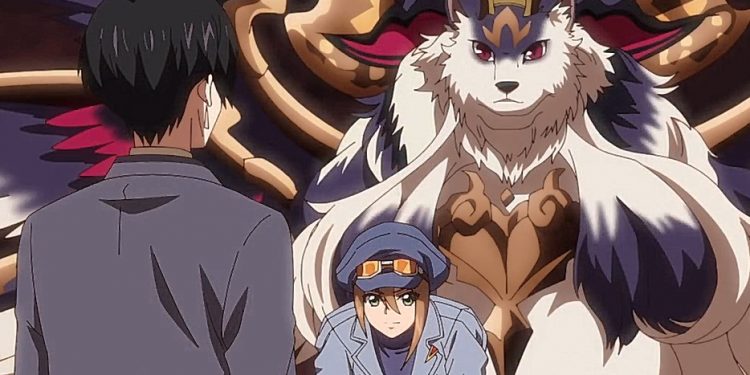 Team Blackout wonders why Danji never informs them about Daybreak vs. Blackout. One of the girls tells them not to worry about that since they have to focus on their battle. Mirei recalls when she talks with Haruka before announcing the battle. Haruka tells her not to trust Denji, and the battle is not worthy since Team Daybreak is a backstabber. They also talked about Minae’s family, and Mirei reminded Haruka she lied to her. Mirie wonders what more she will tell that will add to those lies. Haruka begs her to give her a last chance and make her wish come true.

Masanori approves the battle at Daybreak’s special broadcast event. He is confident that Daybreak will defeat Blackout and reveals that the event will take place at Nagoya Castle. He reveals the position of Teams from both sides and how the battle will begin. Masanori thinks that the knights are protecting the lovely princess that the villains wanted to get. If Daybreak defeats five members of Blackout, they will be the winner of the battle. Masanori announced the rules of the battle. The Ice Empress, Haruka Sokawa, defeat the first member of Blackout with an instant kill. Megumi decided to face Haruka.

The Ice Empress, Haruka Sokawa vs The Vedant Beast Megumi Okura begins. Seto announces that the battle will determine the team’s banner and fate. Megumi tells Haruka that she will defeat her and make her pay all the debts. Haruka decided to talk less and add a Meteor Shower from her deck to her hand. Megumi wanted to talk about how Haruka will pay after destroying the merry-go-ground. But Haruka reminds her that they have to battle first, and they can save chit-chat for later. She ends her turn and gives Megumi a chance to strike.

Megumi uses Salvan Horned Beast King, Magnolia against Haruka. She thought she could defeat Haruka with a single strike, but Haruka defends all four attacks. Haruka uses two Meteor Showers from her deck and sends Nordlinger to attack. Megumi survived that using No Guard and Haruka decided to finish her off with Heal Trigger: Draw Trigger. But she scared Haruka when she began to unleash her secret moves. Haruka reminds Megumi about Denji, who abandoned Mirei and the family in the past. At that time, Denji returns home with bruises on his face.

Haruka tells Mirei that Denji will be alone for a while, and Mirei accepts. The elder of the family talks with Denji and reminds him to feel sorry for Mirei. In the morning, Mirei consoles Denji for taking all the troubles from the elders. She learns to play cards with him. One day Denji ruins Mirie’s engagement and cast him out of the family. Haruka thought that Mirie would be happy when she got married, but Denji took that happiness away. Haruka vs. Megumi continues and reminds her that Denji has reasons for stopping that weeding.

Also Read: The Bounty Hunter vs Shogen Mamian In Episode 10 of Yashahime: Princess Half Demon & The Second Act

Card Fight Vanguard Season 2 Episode 10 will be released on 6 December 2021. Haruka believed that Denji must leave Mirei since she needed to be happy. Megumi summons a beast, and Haruka also unleashes her Ice beast. Haruka remembers when she read The Sun Kingdom that Arthur ruled, and Mirei was listening to that. Megumi landed the final blows, and Seto reveals that Blackout has won. Let’s look at Card Fight Vanguard Season 2 Episode 10 official details.

Also Read: Tezuko Learns the Truth Behind the Asian Military Spy in Episode 10 of AMAIM Warrior at the Borderline.