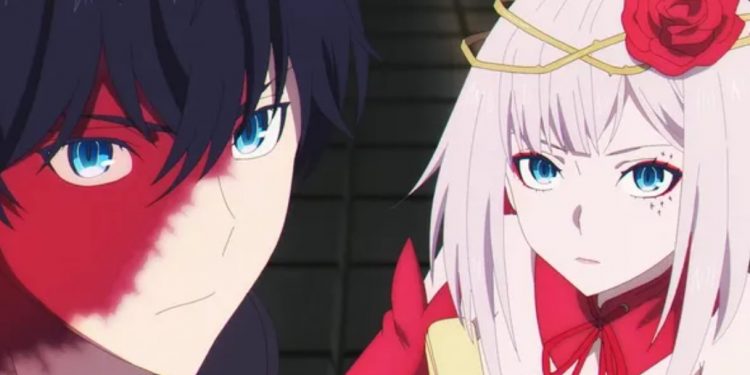 Takt op.Destiny has ended after twelve episodes, where we saw the final battle between the D2s and Musicart. The episode finale of Takt op.Destiny revealed Takt and Destiny facing Orpheus, the God of D2s, and realizes they have to defeat Sagan since Sagan has been pulling all the strings. The war between D2s and Musicarts began when the D2s banned music since it was their weakness. But only Takt remained as the only human continuing to play music and decided to bring music back to people. Takt aims to avenge his father, who was killed during the war between the D2s and humans.

In the previous updates of Takt Op Destiny, we saw Takt, Destiny, and Titan saving Lotte and Anna, who the D2s almost killed. Anna realizes that the mark on Takt’s face would cause him to die, and she doesn’t want him to face Sagan. But Takt was confident that he could take Sagan down and eliminate the D2s from infiltrating the human realm. Anna and the other accept that Destiny and Takt would settle the scores with Sagan and the remaining army of D2s. The war between humans and D2s has been going on for a while, but this is the showdown.

During the battle, we saw Takt and Destiny arriving at a room that would lead them to the final boss Sagan. But before they encounter Sagan, they hear an explosion that drives their attention away. Musicart Hell and Rengoku arrive, and Takt thought it would be a 2v2. He was surprised when “Hell” and Rengoku fuse and one creature emerged and revealed that she is Orpheus. Takt realizes that they have to defeat Orpheus and then face Sagan. Let’s find what the season finale summary has to offer.

The final season of this anime reveals Orpheus vs. Takt and Destiny, who wants to take her down and then defeat Sagan to end the war between D2s and humankind. The showdown begins with Orpheus attacking Takt and Destiny using different music items. On the other hand, Takt uses the crystal side of the building to avoid attacks. But Destiny is not worried since she is used to fighting one-on-one. She tells Takt to do his part while she faces Orpheus and adds that they will defeat that monster. The two attacks Orpheus simultaneously impressed Orpheus that they are giving it all.

Takt controlled Destiny and told her not to hold back. But Orpheus trapped Destiny will self-time bombs that explode when Destiny flies above her. Destiny survives, and Takt realizes that it is tough to defeat Orpheus. He notices that any attacks won’t hurt Orpheus since she can regenerate quickly, and they have to use killer blows. Destiny realizes that they can land a massive amount of damage to prevent Orpheus from recovering and finishing her once and for all. She attacks from both directions, but Orpheus already had planned before she even moved.

Orpheus caught Destiny off guard and sent her flying, but the blow was not powerful enough to kill Destiny. Takt joins the battle and kicks Orpheus’s face, but she knows how Takt fights, which will never bother her. Destiny blew her into pieces, but she left her lower body that regenerated. She told Takt to face Sagan, and she will finish off Orpheus. Later Takt faces Sagan and Destiny finds a way to defeat Orpheus. Destiny joins Takt after killing Orpheus. Sagan accepts that his comedy has come to an and Takt killed him using Destiny’s blade.

Will There Be Takt op.Destiny Season 2

Takt op. Destiny Season 2 is yet to be confirmed since the anime’s first season has ended not long ago. No official sources have confirmed season 2 of this anime. The first season ended with the death of D2s, Sagan, and Orpheus, which means the war is over. But is the new enemy rise the second season of this amine will get announced. The news about the upcoming season will release soon online on official platforms.

The fans and viewers who missed the first season of Takt op Destiny can visit Crunchyroll, Bilibili Tv, and Amazon Prime Video Japan to get the latest update of this anime. We have also had the episode finale of this anime; you can check it out here: Takt Confronts Orpheus the God of D2s In Takt op. Destiny Episode 12.

Are Dr. Oakley and Shane Still Married? Do They Have Kids?