Take A Look At Song Hye Kyo and Jang Ki Yong’s Relationship As We Wait For ‘Now We’re Breaking Up’ Episode 15! 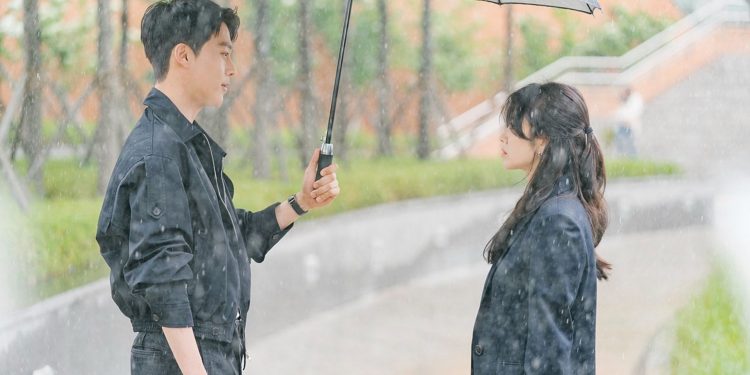 ‘Now We’re Breaking Up’ will soon be coming to an end with its episode 15 coming out this Sunday. The love story of Ha Young Eun and Yoon Jae Guk has come a long way in the past months. The k-drama is like straight out of Wattpad and fans have been hooked to the story from the start. While we thought it would be a story based on two people who met at a one-night stand moving on from their ex-lovers. But we were proved very wrong when we got to know that Young Eun’s ex-boyfriend was actually Jae Guk’s older brother.

Starting from a one-night stand where Young Eun even refused to tell her name. Now the two lovers have reached a stage where they don’t want to live without themselves. Looking at ten years back in Paris, Young Eun was supposed to end up with Jae Guk. But Soo Wan being at the right place right time ended up having a love affair with her. The two had the times of their lives. But with Soo Wan having a fiance waiting for him back home, him being together with Young Eun wasn’t possible. And he got in an accident on the way to breaking up with her.

Meeting years ago with Jae Guk as he got to know she’s the same Young Eun whom his brother dated. And is the same person who always kept him motivated after buying his mature click back in Paris. He was already head over heels for her. Young Eun’s feelings were mutual too. But their connection to Soo Wan was one big breaker in their love-filled relationship. Asking her to break up whatever relationship they have and let themselves fall in love with each other. Jae Guk and Young Eun started dating and they were happier than ever.

But their families weren’t. First came Yoo Jung, Soo Wan’s fiance who blamed Young Eun for his death. Until Jae Guk reminded her of what happened on the night of his accident. Then came the parents. While Jae Guk’s mother wasn’t happy from the start. When Young Eun’s parents got to know about Soo Wan being Jae Guk’s elder brother. They turned against their relationship too. Both mothers have done their best to make the lovers feel guilty about being in love. Sick of everyone, Jae Guk even asked Young Eun if she’d like to leave everything behind and move to Paris. But she couldn’t leave everyone in her life behind when they were at their worst.

‘Now We’re Breaking Up’ Episode 15 Release Date and What Might Happen?

‘Now We’re Breaking Up’ Episode 15 will release on January 1, 2022. After her interview, the story behind SONO’s name is out too. As she revealed a nameless photographer who worked on her college portfolio came up with the name. It turns out Jae Guk has more significance in her life other than that rainy picture that’s been helping her hold up. She has Olivier’s job offer in her hand. And if Jae Guk hadn’t had asked Young Eun once again to move to Paris even we would’ve cried and gone crazy over them breaking up. The fate of the lovers is still a secret as a final episode is left to preview.

Young Eun and Jae Guk haven’t been the only pair of lovers to fall in love. Or have a life-changing event. While Chi Sook and Do Hoon are falling in love, one of Chi Sook’s exes has done a good job making her question the events. But Do Hoon being an amazing person he is trying to handle things the better way. While on the other side, Mi Sook’s health is deteriorating every day and has only numbered days to live.

‘Now We’re Breaking Up’ Episode 15 will be available to watch on the streaming platforms Rakuten Viki and Viu. With each episode having a runtime of around 1 hour 15 minutes. The show can be binge-watched in two days.

Also Read: Bad Buddy Episode 10: ‘I Can Solve Any Problem For You’