What To Expect From SWAT Season 4 Episode 17? 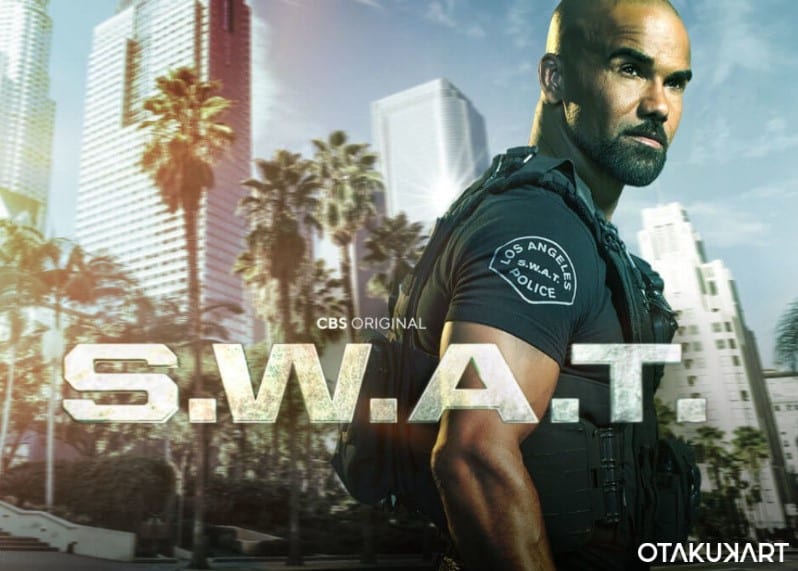 SWAT Season 4 Episode 17 is coming out next week and here's all you need to know about it.

‘SWAT’, the American action drama TV show, returned with its fourth season a few weeks ago and will soon be airing its seventeenth episode. Developed by Shawn Ryan and Aaron Rahsaan Thomas, the show made its debut on 2nd November 2017. It garnered an outstanding 6.74 million viewers from the US itself on its premiere. Furthermore, it recorded plenty of mixed reviews from the critics and the audience as it was a reboot of a former series with the same name. Nevertheless, the audience eventually liked the plot, whereas the critics also hailed the show and the performances of the various cast.

Moreover, the series currently has an average score of 77% on Rotten Tomatoes and an average rating of 7/10 on IMDb. As a result, CBS has been renewing it time and again for a new season. Consequently, the series is back with its fourth season now. So, let us see further in the article everything about SWAT Season 4 and its forthcoming seventeenth episode.

‘SWAT’ is an American TV series developed by Aaron Rahsaan Thomas and Shawn Ryan. It is based on a TV show with the same name by Robert Hammer and Rick Husky (1975-1976) and runs in the genre of crime and action drama. It has aired a total of 82 episodes to date over the course of its four seasons (with the fourth season currently airing). The show airs an episode every week on Wednesday on CBS with each episode having an approximate runtime of 44 minutes. Aaron Rahsaan Thomas, Shawn Ryan, Justin Lin, and Neal H. Moritz are the executive producers of the show. CBS Studios, Kansas Art Productions, Sony Pictures Television Studios, Perfect Storm Entertainment, Original Film, MiddKid Productions, and CBS Studio are the production companies behind the show, while CBS Media Ventures and Sony Pictures Television act as its distributors. Now, let us have a look at the recap for the previous episode of SWAT Season 4.

SWAT Season 4 Episode 16, which was released yesterday was titled “Lockdown”. Kent Rotherham and Robert Wittstadt had written its teleplay whereas Maja Vrvilo had directed it. In that episode, we got to see Deacon and Hondo race to save the lives of innocent civilians. They were in a huge problem as some prisoners had broken out and taken control of a courthouse with the former inside. Consequently, they try to save everyone while also trying to steer clear of being identified by the prisoners. Apart from all this, Street visited his mother in the hospital and had to take a crucial decision. All and all, it was an action-packed and sentimental episode.

SWAT Season 4 Episode 17 is titled “Whistleblower”. It is the penultimate episode of this season. As a result, whatever happens in it will be carried to the finale episode. Anyhow, as the title suggests we will definitely get to see some takedown operations. Even though this season has shown the classic action scenes and character moments, there was actually much more going on behind the scenes. The production has not yet released any official synopsis for the show, but it will surely be interesting. TV Promos has even released a trailer for the SWAT Season 4 Episode 17 on their official YouTube channel. It has already crossed 25k views and you can click to watch it below.

SWAT Season 4 Episode 17 is going to release on 19 May 2021 i.e., on Wednesday at 10 PM ET. You can tune in to CBS to watch the episode at the broadcasting timeslot mentioned above. Besides, you can also watch the episode on the official website of CBS or its app just a few hours after its official broadcast. Furthermore, you can watch the episode on live TV streaming platforms like FuboTV and DirecTV. Apart from all this, you can even purchase or rent the episode from various VOD services. Some of them are Amazon Prime Video, YouTube TV, and iTunes. So, gear yourselves up as the SWAT team returns this week with an enthralling and action-packed episode once again.

Also Read: Superman And Lois Episode 6: Preview And What To Expect