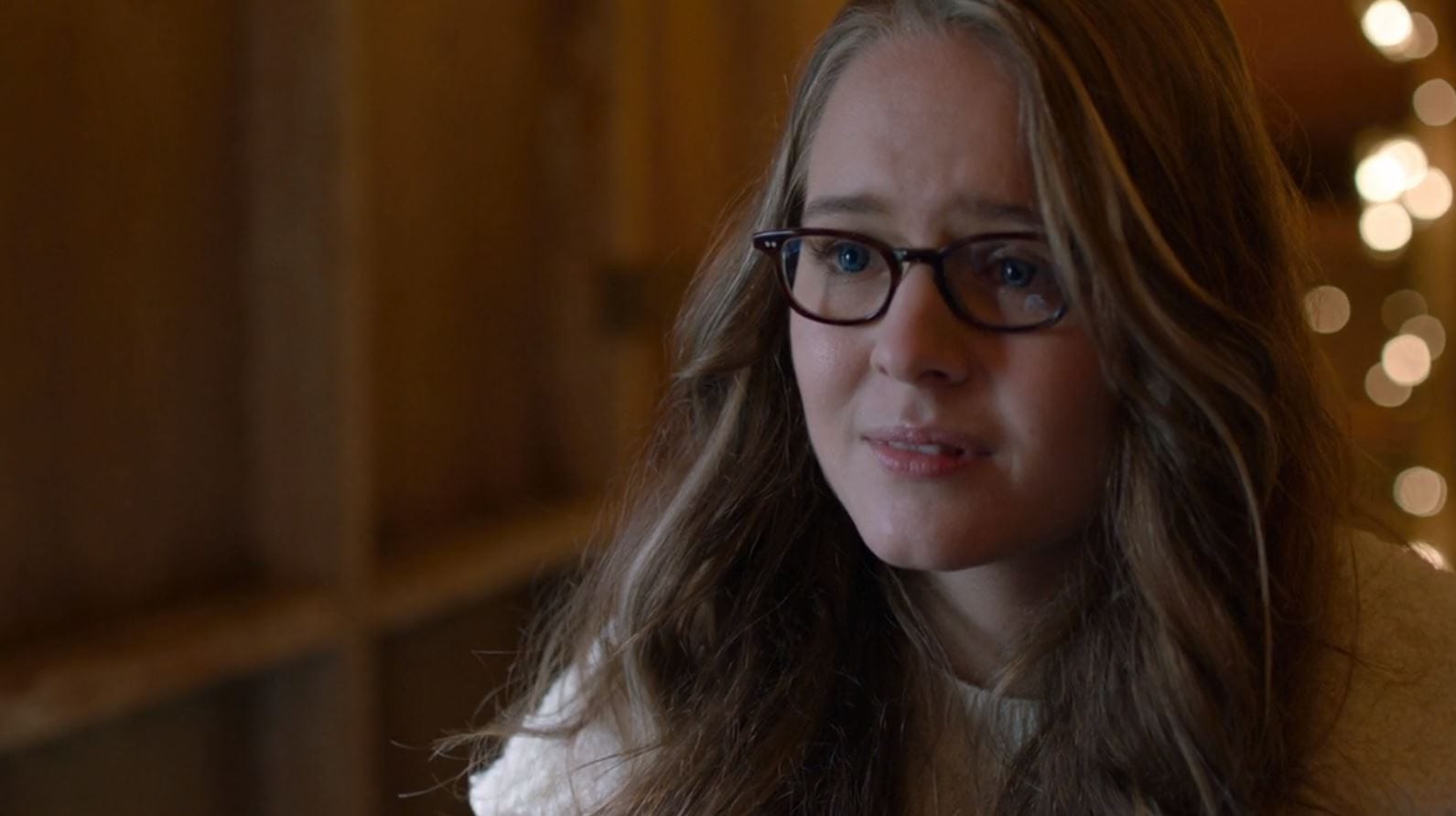 Supergirl is a CW series that is part of DC’s Arrowverse. Based on the DC character, Kara Zor-El, Kara Danvers was Kal-El aka Superman’s elder cousin sister. But on their way to Earth, Kara is stuck in the Phantom Zone where time does not flow. So later due to some reason as she gets away from there and reaches Earth, Kal-El was all grown up to have become Superman. Now, having concealed her powers for 12 years as a secret on Earth, an emergency causes her to embrace her powers. She finally makes use of her superhuman abilities to become a hero, Supergirl. Now after years of saving the National City from various sinister threats, Kara has her fated encounter with the Phantom Zone again. Now heading towards the mid-season finale, here in this article, we will be discussing Supergirl Season 6 Episode 7 preview and Recap.

Kara has been stuck in the Phantom Zone for quite some time now. So, to save her, the Super Friends travel back to the past to make changes to have a cause-and-effect relationship with the future. Here they reach back in 2009 where Kara along with Kenny is diagnosing. At this time, we see a young Cat Grant who is tracking evidence on super-feats for a Daily Planet story in Midvale. Brainy and Nia meet with Alex, Kara, and Kenny on the day before Prom to help save two stranded Psycons. During this, poacher Professor Naxim Tork and henchman Mitch arrive to capture super-powered aliens. During Kara and Nia’s fight against the poachers, Cat Grant partially witnesses the event. But for the Professor’s fate, as he emerges from his ship, he is only able to capture Brainy and Nia in a force field. 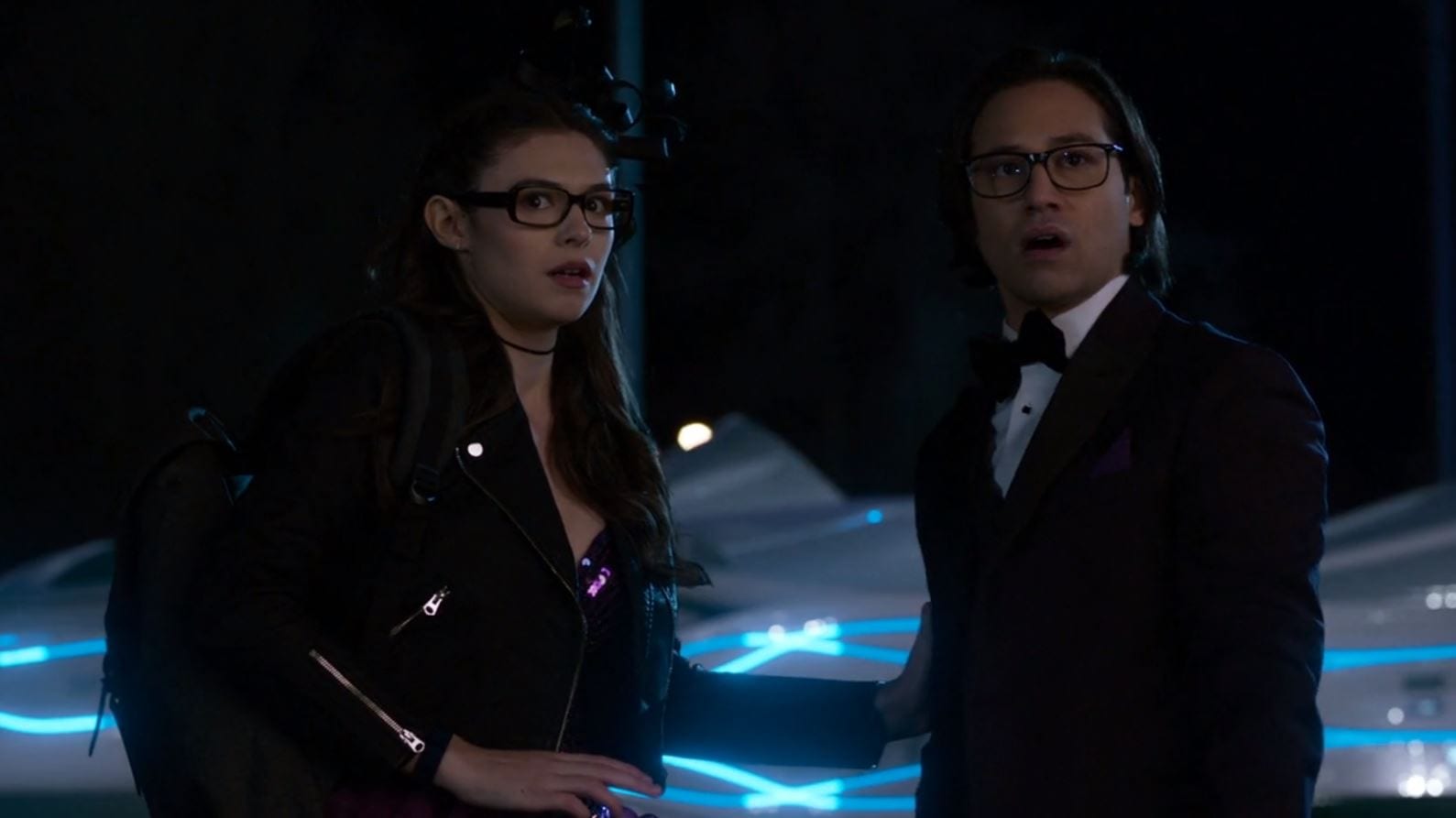 Brainy and Nia – credit The CW

Supergirl Season 6 Episode 6 titled “Prom Again!” has Kara save Brainy and Nia from the dampening field set their captors. After this, they capture Naxim Tork and Mitch all while a young CAt Grant records the entire thing. Brainy even goes ahead to imprison the two and set up the decloaking to send them to Uruguay in three days to restore the timeline. But as Brainy and Nia blend into the Midvale High Prom, Nia’s dreams start acting up but this time she is unable to see the pink cougar within the cage. As Alex leaves Kara for her Prom, the sisters have a heartfelt conversation. But all the slow dancing is soon interrupted as Cat Grant mistakenly using her drone frees Naxim Tork and Mitch from their ship. They launch a Kryptonite meteor towards the Midvale High which interrupts Kara’s reveal to Kenny about her future plans. 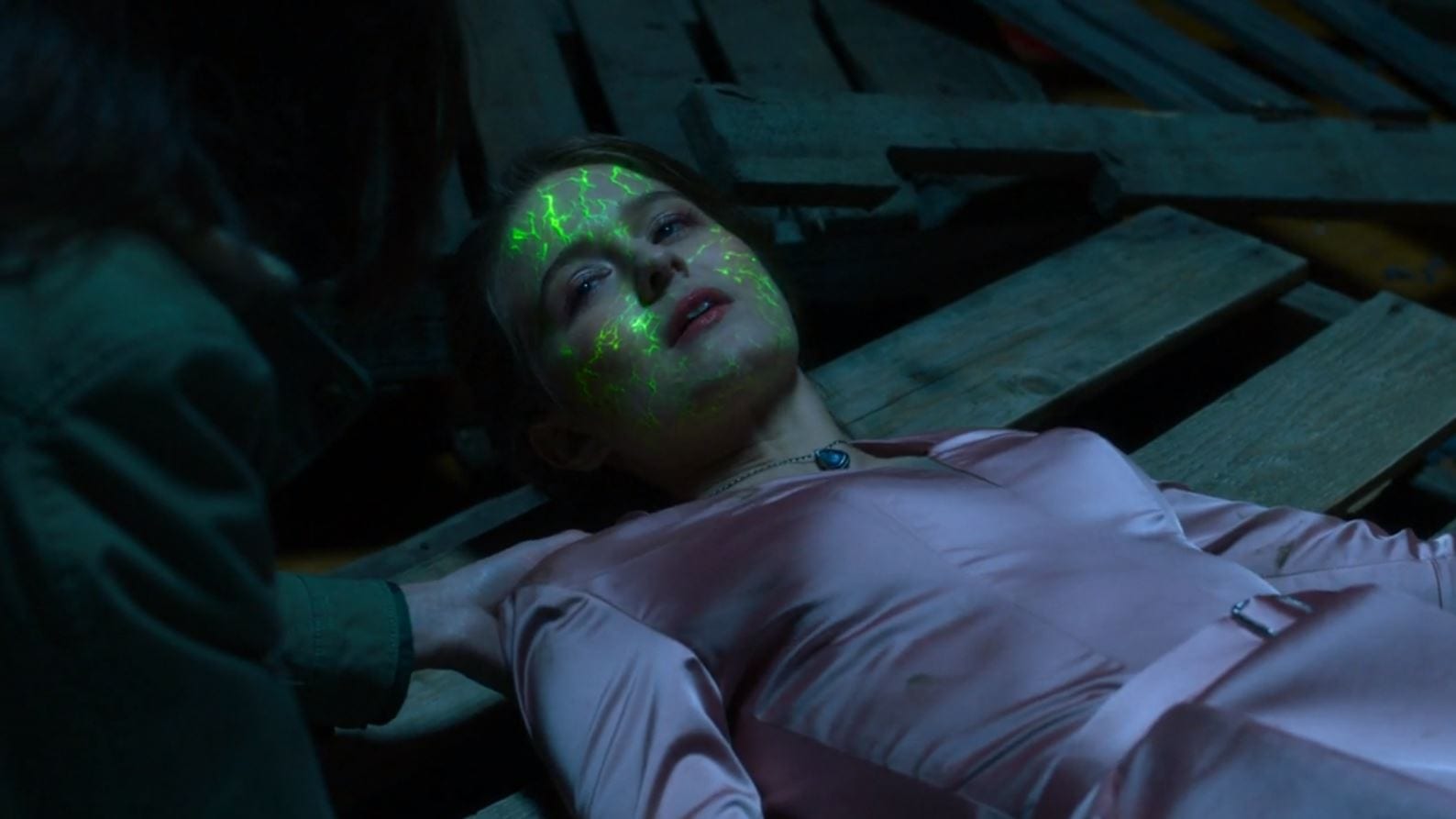 While Kara is able to stop the Kryptonite, ut causes injury to her hand. Naxim Tork and Mitch come forward to demand the Kryptonian to step forward. To this Kenny goes along with them, and is locked up with Cat Grant. Then again, they soon find out that Kenny was a human and demand all the non-humans on Earth to bring the Kryptonian to them or Kenny dies. Nia puts a stop to Kara who was determined to save Kenny. Nia knocks her out to lock her up with Alex in a janitor’s room. But as Alex knew hope to lock-pick, the duo gets out. Nia who was finally able to catch the pink cougar in her dreams unlocks some new abilities within herself. But as everything seemed to be going smoothly, Kara and the others inadvertently release some Plutonian Land Sharks in Midvale High.

Nia simply has an idea that as they have a time machine, they can simply go back in time just enough to stop everything that went wrong. They have Kara who joined them on their ship while they went back in past. The first thing they do is get rid of Cat Grant’s drone. Nia tells Cat how she has a bigger future than writing gossips for Daily Planet. Confident like she always is, Cat Grant leaves the daily planet and Midvale High in her rare view. She even goes on the scribble the name CatCo on a paper while also drawing down a pink cougar. 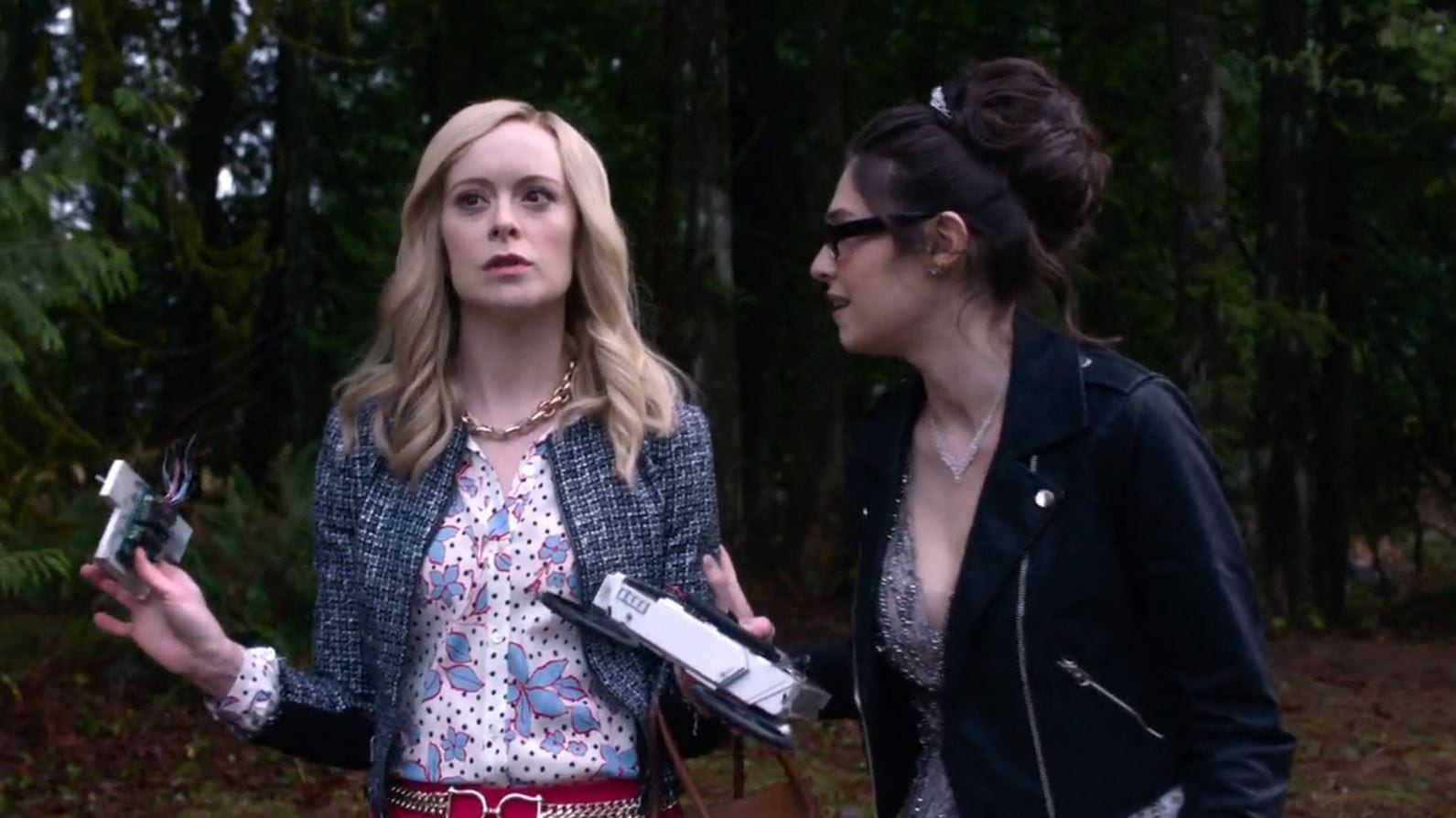 Brainy again imprisons Naxim and Mitch to send them off to Uruguay. Kara again punches the Kryptonite, leaving her bleeding just enough so that Brainy can have her blood samples. Kara tells Kenny how she loves him. But she has been accepted to National City University and she might move there. So she asks Kenny to come with her, but he decides to walk his own path, in a way that he is strong enough to protect himself.

When will Supergirl Season 6 Episode 7 Release?

Supergirl Season 6 Episode 7 titled “Fear Knot” is set to be released on 11th May 2021. The episodes by this CW show are scheduled to be aired at 9:00 pm ET / 8:00 pm CT. Supergirl follows an episode release pattern of one episode every Tuesday. In order to tune in just when the episode airs, one must change the above time to your local time zone. Apparently, this episode is about to be a mid-season break soon. This is also indicated by the fact that episode 12 is set way ahead than it would have been if episodes aired weekly. Supergirl Season 6 Episode 12 titled “Blind Spots” will be released on 21st September 2021. But it has not yet been confirmed, when will Supergirl resume airing starting from Episode 8. Nonetheless, the sixth and final season is set to have 20 episodes in it.

Supergirl Season 6 Episode 7 titled “Fear Knot” will have much to do with Super Friends’ attempts at saving Kara from the Phantom Zone. This episode is about to be the last one for some time as this is the mid-season break. After this, the show will only return in a few months. So this episode should end in a cliffhanger. The truth in this storyline is that Kara actress Melissa Benoist is pregnant and she only joined the cast later for the filming of future episodes that are set after the mid-season break. The episodes that are airing right now were filmed earlier and separately than others.

The Super Friends in an attempt to bring Kara back home decide to enter the Phantom Zone. But this journey isn’t safe as each member of the group confronts a vision of their worst fears. Kara has been stuck in the Phantom Zone for quite some time now. And for the time she has been separated from her friends, they are trying their best to save her. This event saw the team attempting to time travel back to the past. Here they have an encounter with young Kara and a young Cat Grant. This occupied the plot for the last two episodes.

Now in a final attempt to save Kara, the group is about to enter the Phantom Zone. But the whole rescue goes sideways when each member has visions of their worst fears. In the clip, we even see Kara saying that if her friends try to save her, they are all going to die. And that there was no way out. This is accompanied by a glimpse of the Super Friends encountering some problems in their mission as they try to reunite with their friend. 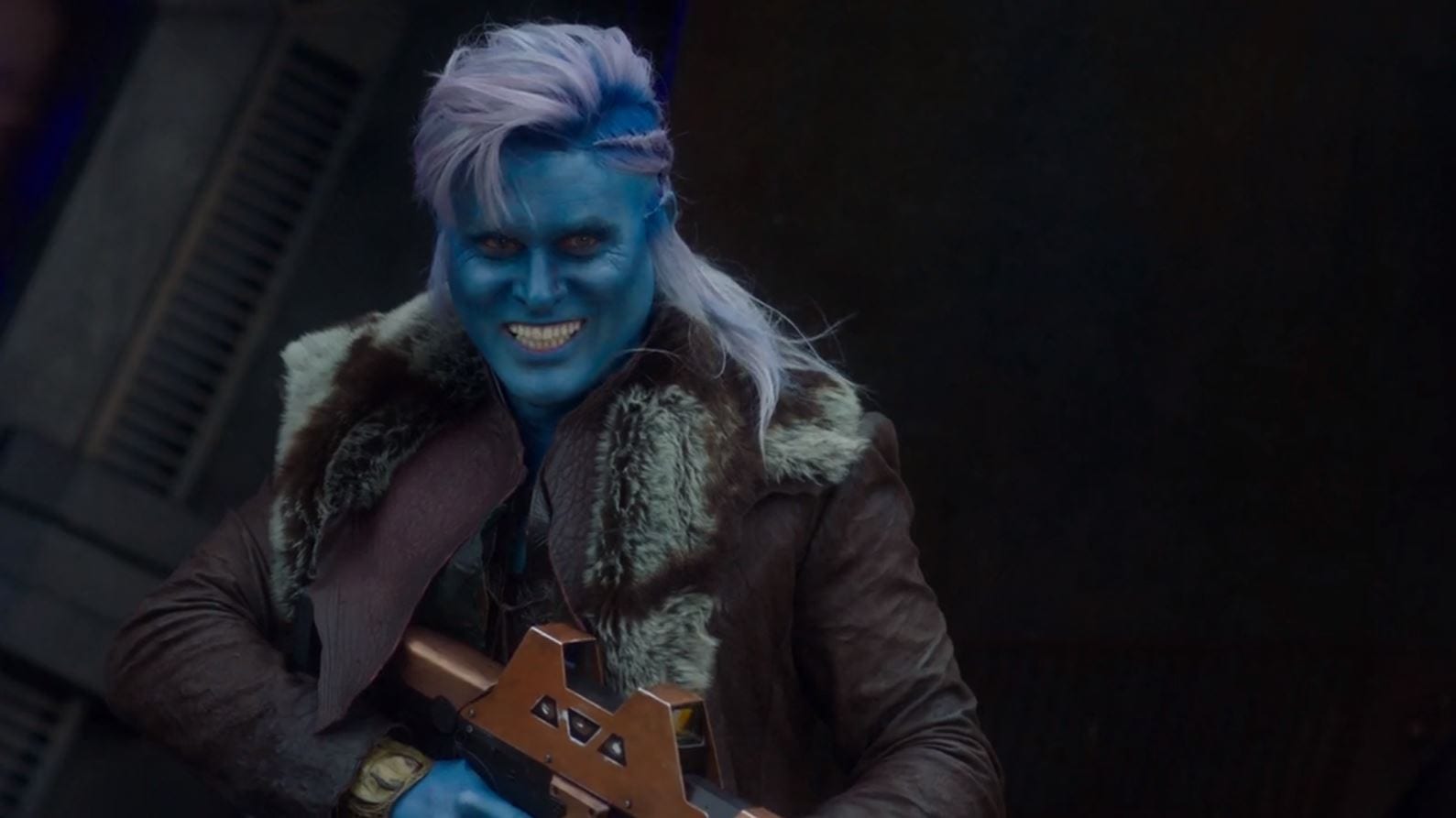 You can watch all the episodes by the CW’s Supergirl when they air on the set time on The CW. If one misses the episode, they can even catch up with the episodes by streaming them on The CW’s website or App. Supergirl is even available to stream on Netflix, Apple TV, Sky, Now TV, and YouTube TV. If one doesn’t wish to subscribe to any of the above platforms, other options to view the episodes by Supergirl would be to purchase them on Amazon Prime Video, Vudu, iTunes, Google Play, and Microsoft Store. The episodes by Supergirl can even be live-streamed on platforms like DirecTV, and FuboTV. Supergirl follows a TV sitcom format of an hour-long episode along with commercials. Other CW shows one can watch include The Flash, Nancy Drew, and Walker.