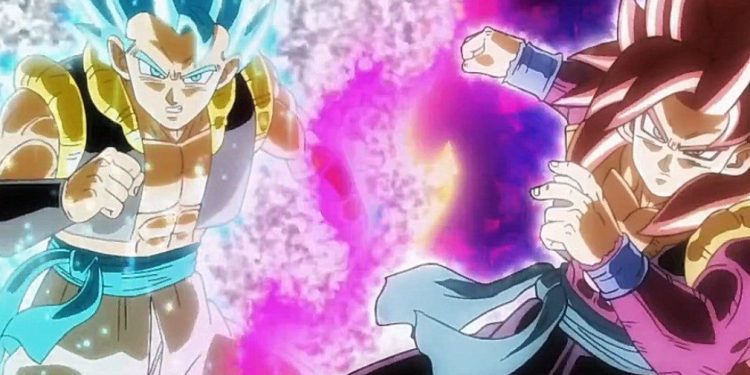 Super Dragon Ball Heroes Episode 40 has been delayed for a month, returning around February 2022. The war between Saiyans and the Evil Child Fuu continues in Super Dragon Ball Heroes Episode 40. Goku has recently arrived in a mysterious world and saw The Evil Child Fuu sitting near a Legendary Tree. Fuu smiled when he made eye contact with Goku. He revealed that he fuses his body with Doki Doki to crush the Labyrinth Time. Super-Dragon-Ball Heroes’ latest episode reveals a war between Goku, Prince of Saiyan Vegeta, and a mysterious villain revealed to be Super Saiyan Black.

Before Goku met with the Evil Child Fuu, he went training with the Prince of Saiyan since they had to face Supersiayan Black. Cloaked Saiyan explained the training details and would handle the villain while they trained. Goku and Vegeta entered a dimension and trained hard to bring Saiyan Black down. The other villain allies also helped during the battle, and they defeated Saiyan Black. But Goku traveled and met with the Evil Child Fuu. Fuu told Son Goku how he obtained his powers and got angry that Fuu did something evil to gain his power.

Vegeta gets teleported to Goku’s location with another version of Goku. Fuu realizes that it will be fun since he will fight with the strongest warriors, but he plans something. He told the Saiyans that he was potent and could even surpass God. The Saiyans get ready to smash Fuu. Saiyan Cumber and the other Saiyan join the battle. One of the Saiyans was Broly, who noticed that his rival was on the other side. Broly attacks Goku and Vegeta. Saiyan Cummber blocks the attacks and reminds Broly that he is his opponent. Broly shouts that Kakarrot will pay.

Cummber blocks Broly’s path. Meanwhile, Fuu is excited that he will singlehandedly fight with four Saiyan. Broly and Cummber exchange massive lightning strikes. Fuu told Goku that he is in his new version more powerful than the four of them combined. Goku, Vegeta, and the other two Saiyan clones fuse to take on Fuuu. The two other Clone Saiyans are Xeno Goku and Xeno Vegeta. Xeno Vegeta transforms into Xeno Gogeta. Broly smashed Cummber, who survived, and grabbed Broly’s hands. Cummber asks Broly to show his true powers.

Broly gets angry and blasts Cummber away. Hearts realizes that it has become an entertaining battle and joins Cummber vs. Broly. Fuu unleashes his powers and faces Xeno Gogeta. But Xeno Gogeta summons his powers to enhance his body and enters a Super Saiyan Blue Evolved then Full-Power Super Saiyan 4. Fuu deflects all the massive strikes from the Saiyans. He smashes them and separates them into Xeno Vegeta, Xeno Goku, Goku, and Vegeta. Goku was impressed that Fuu split them with a single blow.

Goku and Vegeta admit that Super Saiyan Blue Evolved: Full-Power Super Saiyan 4 was not powerful enough to defeat Fuu. Fuu circles himself with powers that enter his body. He then releases a massive Ki that blasts Xeno Vegeta, Xeno Goku, Goku, and Vegeta. After a massive explosion, Fuu releases a giant blade and opens a portal to summons powers that blast everything. He sends Vegeta and Xeno Vegeta to another portal. Xeno Vegeta and Vegeta met with Xeno Goku. Goku can’t believe that Xeno Vegeta has been taken away. But when Fuu wants to get rid of Goku, Supreme Kai of Time joins the battle. She deflects Fuu’s attacks and protects Xeno Goku and Goku.

Super Dragon Ball Heroes Episode 40 will be released on 24 January 2022. Supreme Kai reveals that they have less time and must use it profitable since she can’t hold Fuu that long. Supreme Kai gave the Saiyans new powers and told them to break their limits’ barrier and put their Ki to the limit. Xeno Goku and Goku fuse their energy and enter a new form. Fuu realizes that Supreme Kai has joined the battle. Let’s look at Super Dragon Ball Heroes Episode 40 official details.