Strictly Come Dancing: Should We Expect Another Run In 2022?

Strictly Come Dancing 2021 is trending for its recent finale. 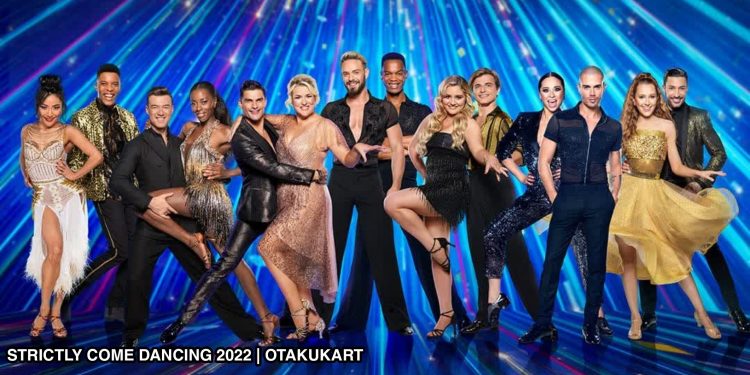 Strictly Come Dancing is a popular dancing show on BBC One. The popular series has been trending since the last season announced its winners. Nevertheless, fans have been desperately looking forward to the release of Strictly Come Dancing 2022. Moreover, the nineteenth series of Strictly 2021 shared a glimpse of their iconic moment wherein the popular British Actress Rose Ayling-Ellis won the show with her professional dancing partner Giovanni Pernice. He is an Italian dancer, and he’s got several titles as a Dancing champion. Little did you know that Pernice has been a part of this show for more than five years now.

All these years, he has been giving out his best. Moreover, this win marks his first victory in the show. The performers that became a part of this show have thanked the ongoing process of this show, which includes a connection and closure to their inner self. Even Ayling-Ellis shared her thoughts. Every candidate gives in a strong motivational message and this, in turn, creates huge interest in the minds of the viewers. Many of them are already waiting for Strictly Come Dancing and its arrival in 2022. The 2021 show premiered on September 18, 2021. So can we expect another run at the same time as 2021?

A Closer Look At Rose-Giovanni’s Win

Both the dancers were proud to hold the glitterball in their hands. After their win, both of them went on with sharing their journeys over these years. They took their win to their respective social media handles and shared all the heartfelt experiences with their fans. Most of them were openly shared on Instagram. Moreover, the dancers even highlighted the offscreen scenes from the show. Throughout the whole show, both the dancers thanked each other for their support. Giovanni was the main reason behind her confidence even though they’ve been together for only four months.

Giovanni knew all the weak points of Rose, so he used all his efforts to make her one of the best dancers that she is today. Little did you know that Rose created history with Strictly as she became the first-ever Deaf contestant to represent the dancing show. Moreover, she also shared emotional moments on the show as she embraced her mother into a tight hug while thanking her for being the strongest pillar of her life. Together the duo had amazing dance sequences. Both of them managed to maintain pretty high scores throughout the whole series of Strictly Come Dancing.

Also Read: Hightown Season 3: Should We Expect Another Run?

When it comes to the release date of Strictly Come Dancing 2022, there’s no official confirmation yet. But speaking of this, the Strictly dancers will be coming back in January 2022 with a live tour. Wherein all the contestants will perform around 33 shows in different parts of the UK. Moreover, the nineteenth series just ended three days back. Fans are already expecting an announcement for the new season. That is the 20th series in the lineup.

Moreover, there are several rumors about the upcoming participants of the show. Since the last season premiered on September 18, 2021, fans are clearly expecting the show’s arrival in September 2022. But still, there’s a long way to go. Moreover, the new participants might have to undergo a lot of pressure since it will be the 20th series.

There were around 14 celebrities in the lineup of the previous show. To maintain the anticipation, the creators of this show will not announce anything about the upcoming season yet. Well, this is pretty good to enhance the interest of the fans. Many participants are going to make an appearance on the show. BBC has even invited several dancers like AJ and Kai to be back for the 2022 show for a final showdown. Since AJ had to leave the show after she suffered from a ruptured ligament injury, many fans were heartbroken as they wanted her to be a part of the finals.

There’s no confirmation about her return yet. Moreover, the decisions will be announced sooner or later after all the final amendments are made. Because of its massive popularity, there’s no way that the show might be going off-air. It is one of the popular shows on the BBC. And each season has a separate twist to it. The best part about the 2021 season would be the representation of LGBTQ+ couples, and this even added more emphasis on the viewership ratings of the show. Until then, fans are still living their moment with the magnificent win of Rose and Giovanni.

Where is Tilly In The Strictly Final, Who Won The Final Of Strictly Come Dancing?