What do we know about the Strictly Come Dancing 2021 Release Date? It’s finally time to groove along with the celebs who will be exhibiting their dancing skills in the popular show Strictly Come Dancing! The popular British dance competition has been a big hit amongst fans. With an innovative idea where celebrities are paired up with professional dancers, the show has spawned back-to-back seasons! Few more names are being revealed, and fans are psyched! With so many celebs onboard, we are waiting for them to set the stage on fire! However, do we have a release date yet?

The newest upcoming season has finally revealed a few names that are going to test their dancing skills, Katie McGlynn being the newest addition! Katie further revealed that she had been keeping her participation a secret since February! We also have Dan Walker on board! While the celebrity names are being unveiled, get ready to witness some major grooving in the newest upcoming season!  Let us take a look at all the details regarding the Strictly Come Dancing 2021 Release Date.

Strictly Come Dancing 2021 Release Date: What Do We Know?

While the upcoming season does not have a specific release date yet, but fans are making a wild guess that the wait is not going to be a prolonged one. We are hoping for a September release!

With a few names of these celebrity contestants already being revealed, the newest season might release this fall! We are yet to get a date, but with the names finally being revealed, all the dancing will soon commence!  Get ready for some surprises ahead as Gordon Ramsay’s daughter Tilly Ramsay is the newest addition to the list of contestants who will be shaking a leg or two! Her celeb father recorded a message for Tilley while wishing her all the best for the show.

Know All About The Celebrities Who Will Be Participating This Year!

Some of the celebs’ identities were finally unveiled earlier this month during an episode of The One Show. Along with twitchy the three celebs, the fourth one was announced the very next day by Matt Lucas on BBC Radio 2. Get ready to see them all as the first three contestants are  Robert Webb, AJ Odudu, Tom Fletcher. Dan Walker is the eighth addition as BBC Breakfast host says he is excited. Take a look at this consul media post as the newest names are finally unveiled. The names are quite interesting, and we are going to witness some tough competition this year!

However, he further admitted that he is a little bit worried, mostly terrified, and a small part of him is considering going into hiding! Not only that but Walker’s BBC Breakfast co-host Louise Minchin called him a r****l for keeping his participation in the dancing competition a secret all this while. The fourth celeb was unveiled to be John Whaite. It is a big moment as John Whaite will be making history on the show as the first male celebrity in a same sex pairing!

While BBC has already confirmed the return of some of the familiar faces, including Shirley Ballas, Craig Revel-Horwood, and Motsi Mabuse. However, Anton Du Beke will be replacing Bruno Tonioli as one of the panellist. Other than these four celebs, two other names were revealed, including Rhys Stephenson and Sara Davies. Fans are eagerly waiting for the remaining nine celebrities’ names to be unveiled. It will be soon announced over the next week.

This replacement came in as Tonioli have to stay in the US, where he is one of the judges on Dancing with the Stars due to Covid restrictions. Anton De Beke has further confirmed his role stating that it is a dream come true to be judging alongside the best of the best. He also assured fans that he will be kinder to all the couples than any of them have ever been to him, and we are curious to see how that turns out!

Kate Winslet Net Worth: How Rich Is The British Actress?

Rita Ora Net Worth: How Much is The Hit Singer Worth? 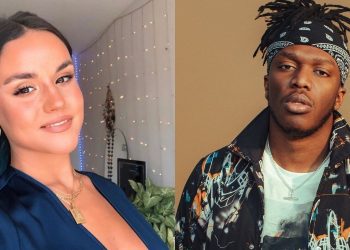 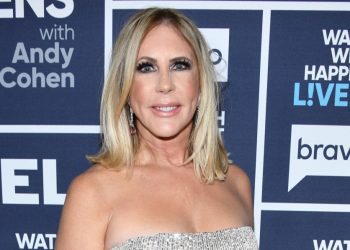