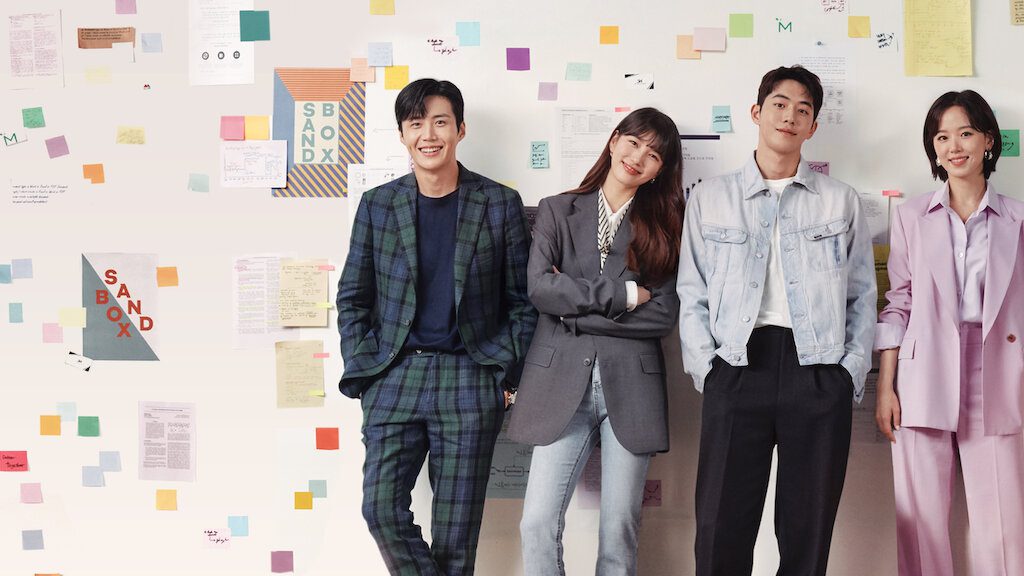 TvN came out with ‘Start Up’ in October 2020. The K-drama instantly won the hearts of viewers all over the world. And fans have been waiting for ‘Start Up’ Season 2. With the story features the revival of ‘gifted burned out’ programmer, an investor, and a dreamer. As the three come together under one roof and the past plays its game. A love triangle starts. ‘Start Up’ had the viewers glued to their screens with such good chemistry between the leads. Left the fans heartbroken with the second lead syndrome. And with the ending, people wanted nothing but another look at their favorite characters. Just from the beginning of the show, the tears never left the eyes of the viewers.

Screenwriter Park Hye Run and director Oh Choong Hwan, who is known for legendary k-dramas like Pinocchio, While You Were Sleeping, My Love From Another Star, and a lot more. Coming together, along with some actors like Bae Suzy, Nam Joo Hyuk, Kim Hae Sook, and a lot more. ‘Start Up’, no doubt, has been a huge hit. Focusing on the life of four people; Han Ji Pyung, Won In Jae, Nam Do San, and Seo Dal Mi. Along with the people, they have an influence on us. How all of them grow is such a trip and treat to eyes and mind.

Unfortunately, there is not going to be a ‘Start Up’ season 2. As neither the director nor the cast members have spoken up about a possible season 2. While many fans would love to see more about the lives of their favorite characters. Season 1 of ‘Start Up’ ended with a pretty satisfying ending, leaving no room for another season. Except for one person, Han Ji Pyung, the second lead. But that is the norm of the K-dramas, leaving the second lead unsatisfied and heartbroken in most cases. With the director and cast members already working on new projects. It seems everybody has moved on from their characters for good.

What Can We Expect From ‘Start Up’ Season 2?

Possibilities are always never-ending, and who knows, we might get a season 2 of ‘Start Up’ in the upcoming years. So if a season 2 does come up, we can expect the iconic ‘Sandbox’ to revive again. It will be filled with new dreamers and entrepreneurs ready to make the world a better place. We can also except Han Ji Pyung to make a comeback as the investor and mentor. While it would be hard to say that we’d get to see more of Seo Dal Mi and Nam Do San. We might get either of them as mentors at the Sandbox.

On the other side, fans have been wanting to see the future of Cheong Myeong Tech. Along with the wedding of Seo Dal Mi and Nam Do San. Starting from what went down in the shareholder meeting to how the company and the lovers are doing, a season 2 of ‘Start Up’ might be a good call. Along with an ending for Han Ji Pyung that he still hasn’t got. 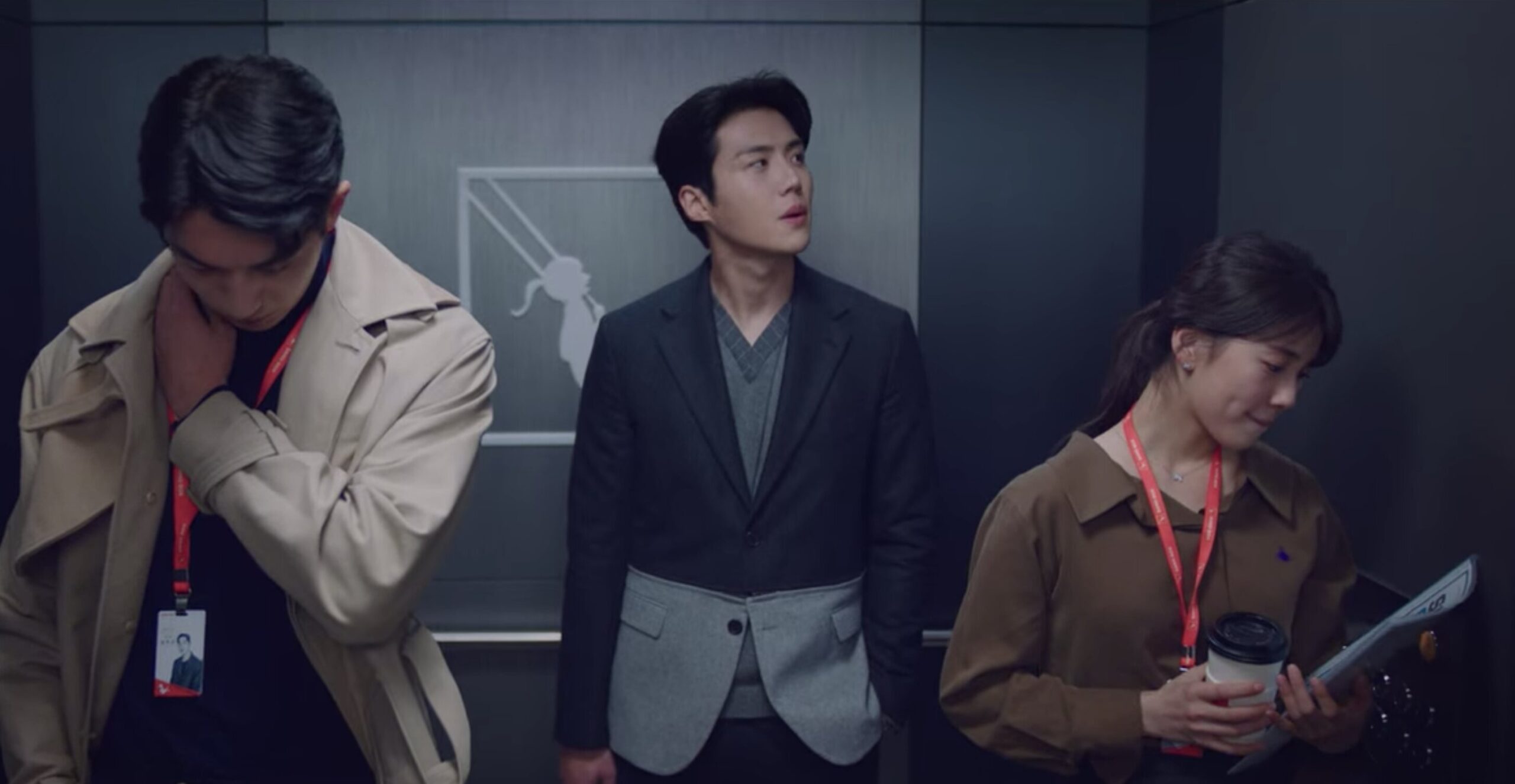 A still from ‘Start Up’ Season 1: Nam Do San, Han Ji Pyung, and Seo Dal Mi at Sandbox.

‘Start Up’: Where To Watch?

The TvN k-drama ‘Start Up’ is available to watch on the global streaming service, Netflix. The k-drama has sixteen episodes in total, with each episode having the runtime of 60minutes to 80 minutes. With every episode, the story goes on to cover the journey of each character going through struggles. Finding their own way, helping themselves along with their teammates. The story begins with Seo Dal Mi dreaming of starting a business, just like her father. Won In Jae, Dal Mi’s older sister, who chose to go with her mother and her rich stepfather to the States.

Han Ji Pyung, an orphan whom Dal Mi’s grandmother took under her wing. Ji Pyung used her grandmother’s account to invest and make money. But because of one misunderstanding, he left his grandmother’s shop and left the city. Only to come back as one of the richest and smartest investors out there. Nam Do San, once known as a child prodigy after topping the national olympiad. He is now burned out, unemployed, and like a disappointment to his parents. Working on his failed startup company, along with his two friends, Kim Yong San and Lee Cheol San. 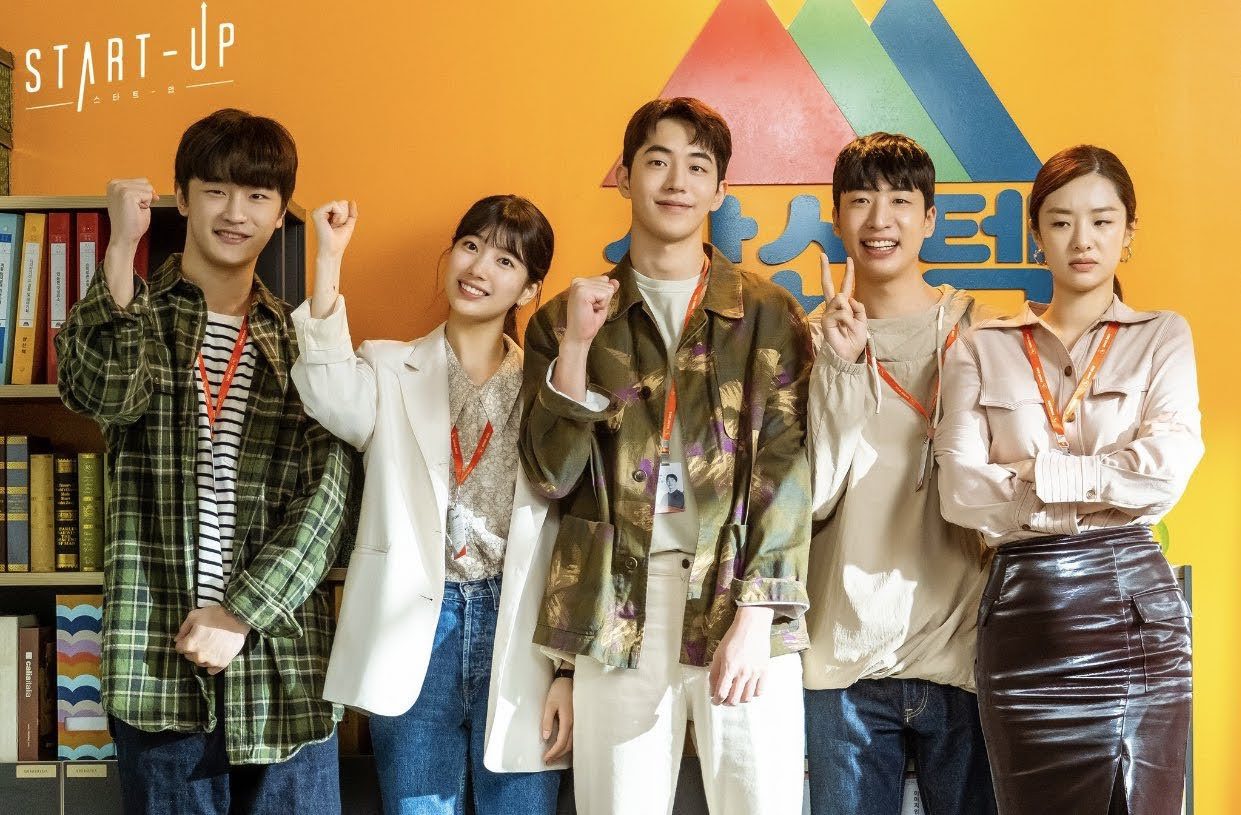 The Cast and The Characters: Where Are They Now?

Bae Suzy, known for shows like ‘Vagabond’, ‘While You Were Sleeping’, and ‘Uncontrollably Fond’, plays the female lead, Seo Dal Mi, who chose her father over her mother. Leaving her mother and her sister, who was her only best friend, Won In Jae, behind. After a year of the show coming to an end, Bae Suzy is known to be working on her new K-drama, ‘The Second Anna’. The release date of ‘The Second Anna’ is not out yet. Nam Joo Hyuk, known for his lead roles in hit k-dramas like ‘The Bride of Habaek’, ‘The School Nurse Files’, and ‘Weightlifting Fairy Kim Bok Joo’, plays Nam Do San. The former gifted, now a depressed programmer. He is currently working as the main lead in the upcoming k-drama ‘Twenty-Five Twenty-One’. It will be out in 2022.

Kim Seon Ho plays the beloved Han Ji Pyung. He is known for his roles in k-dramas like ‘Eulachacha Waikiki 2’, ‘100 Days My Prince’, and ‘Strongest Delivery man’. After a guest role in 2020 k-drama ‘Run On’. Kim Seon Ho dominated the OTT screens with Netflix’s recent k-drama, ‘Hometown Cha-Cha-Cha’. Along with joining the cast in the fourth season of the KBS2 reality show 2 Days & 1 Night. Kang Ha Na plays Won In Jae. She is known for her roles in k-dramas like ‘Just Between Lovers’, and ‘Designated Survivor: 60 Days’. She was recently seen in ‘My Roommate Is a Gumiho’ and ‘Bite Sisters’ as the female lead. 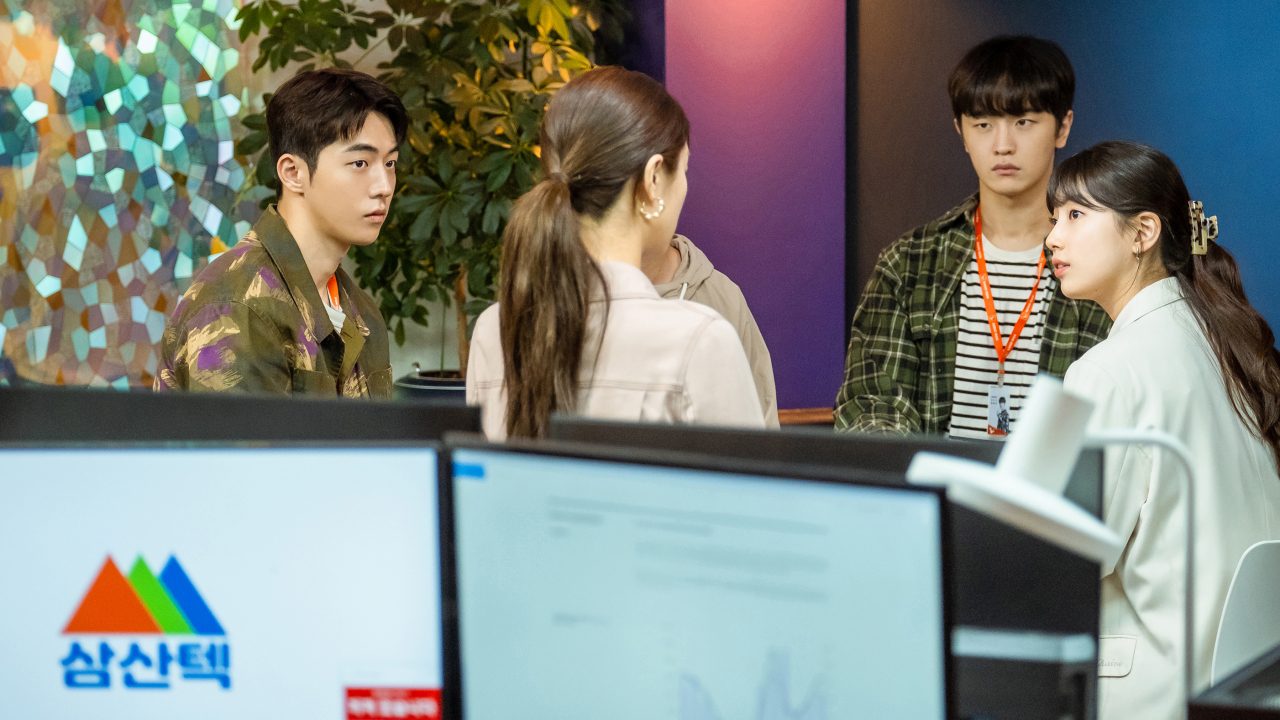 A still from ‘Start Up’ Season 1

Yoo Soo Bin, who played the role of Do San’s best friend Lee Cheol San, was cast in JTBC’s ongoing drama ‘Lost’ as a supporting cast member. While Kim Do Wan, who played Kim Yong San, Do San’s other best friend, appeared in ‘My Roommate Is a Gumiho’ as the male lead. And is currently working on an upcoming k-drama ‘I Haven’t Done My Best Yet’. Kim Hae Sook, who played Dal Mi’s grandmother, recently appeared in Hospital Playlist 2 and Inspector Koo. Stephanie Lee, who played Jung Sa Ha, is also preparing for an upcoming k-drama ‘Na Rae, Kicking Out’.

Start Up: What Happened In The End?

The story started with both sisters, Dal Mi and In Jae, getting separated because of their parents’ divorce when they were in school. Coming to the future, while Dal Mi is a college drop-out, working part-time and living with her grandmother, who runs a corn dog shop. In Jae is an engineer working in a higher position in her stepfather’s company. On her way to confront her sister, Dal Mi goes to the public lecture at Sandbox, where Han Ji Pyung and Won In Jae are special guests. But as Dal Mi introduces herself, In Jae isn’t the only one to remember her. Han Ji Pyung, who is sitting beside In Jae, also remembers Dal Mi, the lonely girl with no friends. To whom he wrote letters, under the name of Nam Do San. While Nam Do San never had any idea about this. 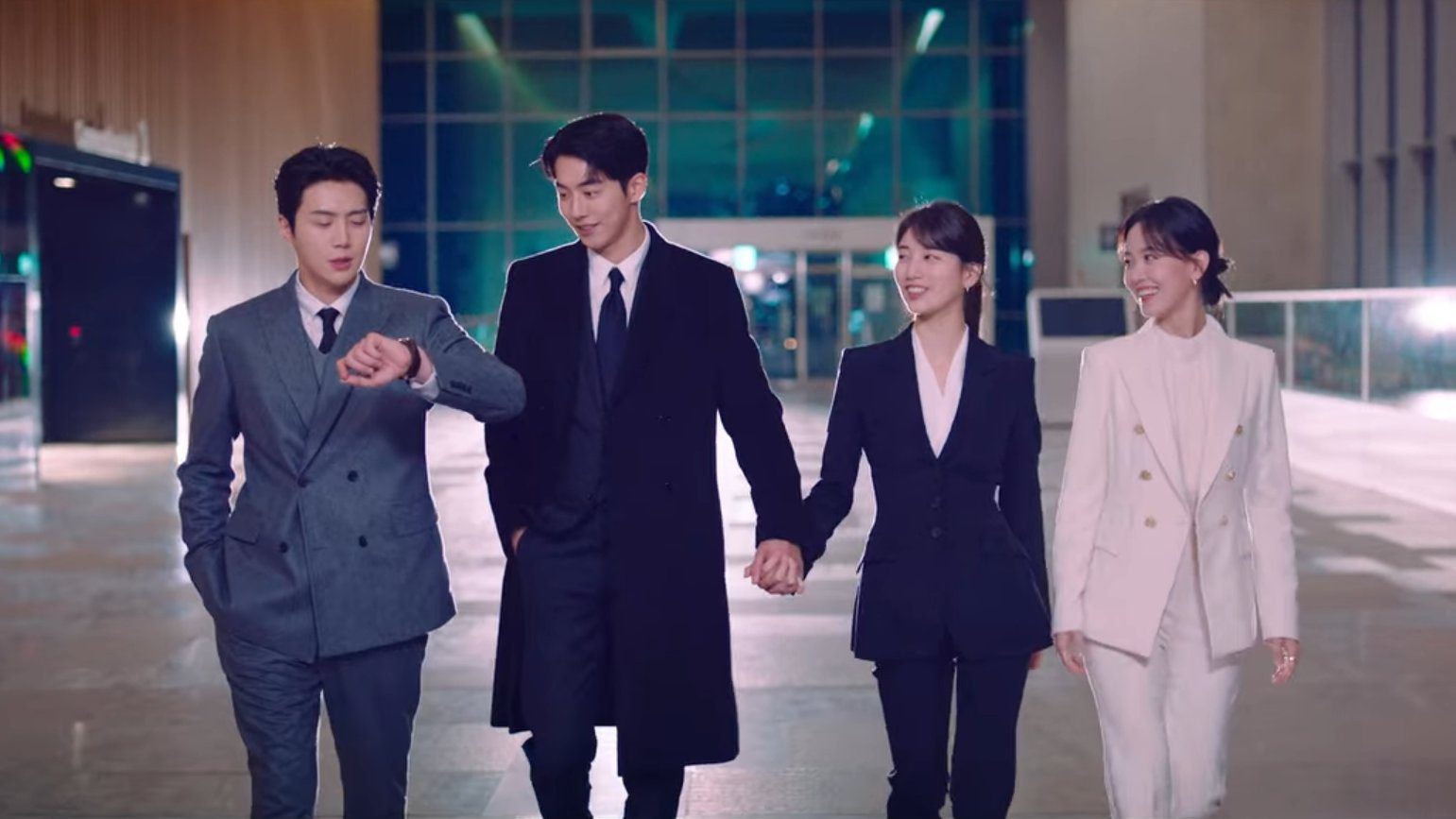 By the end of the story, Dal Mi became the CEO of the company she started and merged with her sister. In Jae came back to her family, leaving his stepfather and his company behind. She goes on to meet her grandmother, who, even though she can’t see but is very happy that her granddaughter is finally home. Reminiscing about the time Dal Mi’s father was alive, and they used to enjoy chicken together. Nam Do San came back to South Korea and went on to marry Dal Mi. While Han Ji Pyung told Dal Mi everything about the letter. Accepting the rejection and his fate, Ji Pyung still cares about his grandmother and celebrates his days with her.