In this article, we will be trying to find about the places that were the Stardust filming location. 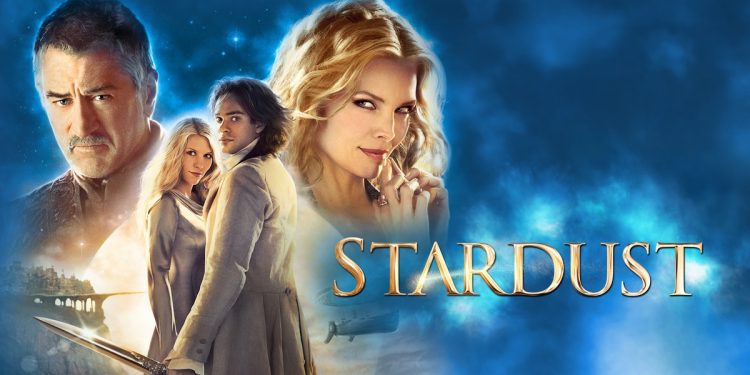 If you love to watch fantasy adventure movies, then you will surely love Stardust. There is a high chance, however, that you have already watched the movie once during your summer break. This 2007 movie was quite loved by the fantastic adventure fans, it is adapted from the novel by the same name written by Neil Gaiman. The movie was also awarded the Hugo Award for Best Dramatic Presentation, Long Form. If you have already watched the movie, you know that the movie’s setting looks fantastical. Hence, in this article, we will be trying to find about the places that were the Stardust filming location.

Usually, for modern fantastical movies, there is heavy use of CGI, and most of them are shot inside the studious. However, for Stardust, most of them were shot in beautiful, exquisite locations, which immediately catches people’s attention. Also, if you want to go for a vacation in these locations, we are sure that you could live your own fantasy there. What is more interesting is that the movie was not shot only in two to three locations but actually quite a lot. It seemed like that every scene was shot in different locations.

Now without further ado, we will get into what is the stardust filming location? Well, it is not located in one place, but it was shot in England, Wales, Scotland, and also Iceland. The shooting started in Scotland in the Scottish Highlands and the Isle of Skye. All of these places are quite well known for other movies’ shooting locations. A very few scenes were shot in Iceland, and though the team wanted to shoot a few more scenes there, they couldn’t as they were unable to bring the horses there. The prologue was shot in Buckinghamshire (Stowe School). Fun fact, even Indiana Jones and that Last Crusade was shot here.

Another shooting location is known as the “prettiest village in England”, Castle Combe. Most of the movie was shot around this area. Another famous location is in Hertfordshire, to be precise, it is in Ashridge Park, Little Gaddesden, located in the northwest of Hemel Hempstead. If you are a huge Harry Potter fan, then you might find some similarities with Harry Potter and The Goblet of Fire. Other locations were quite not that much used, and we could see them in hardly two to three scenes. The Church was actually St Sofia’s Greek Cathedral in Baywater. Some of the scenes were also shot in the Pinewood Studios in London.

Also Read, Where Is Judge Steve Harvey Filmed? All About The Show And Filming Location!

Stardust has quite a large cast, as is usually the case with fantasy movies. A lot of well-known actors and actresses had come together for this movie. One of the actors that you must have recognized as Captain Shakespeare of the Caspartine was Robert De Niro. However, the main character Tristan Thorn was played by Charlie Cox (yes, our beloved Daredevil from MCU was in this movie), and the main female lead, Yvaine, was played by Claire Danes. Another female lead, Victoria Forester, was played by Sienna Miller. The narrator of the movie is voiced by Ian McKellen.

There are other cast members, too, who have played more or less more important characters. Some of them are Michelle Pfeiffer, Mark Strong, Jason Flemyng, and others.

The movie is fairly a simple one, and we will just give you a small synopsis in case you don’t want to have spoilers. The story starts with Dunstan Thorne and Una, who is an enslaved princess. And Thorne is a mortal who comes from beyond “The Wall”. They both spend some time together, and Una gives birth to Tristan. After eighteen years, he sees a falling star in the sky, which was actually a ruby thrown by King of Stormhold to find the rightful owner of the throne among his sons. Tristan and his love, Victoria, see the star, and Tristan promises to bring her the fallen star, in return, she has to marry him. Then he comes to know that his mother is from beyond The Wall, and she has left him an enchanted candle that will take him anywhere he wants.

He wishes to be taken to the fallen star, and he finds himself near Yvaine. He then goes on a quest to bring Yvaine back home to win Victoria’s hand in marriage. However, as the quest goes on, a lot of things are revealed, and a lot of changes come to the plan. To know if Tristan survives the quest or not, make sure you give the movie a watch.

Also Read, Where is No Demo Reno Filmed? Filming Locations and Cast Details for the Show!

‘Melancholia’ Season 1 Ending Explained: Did Yoon Soo And Seung Yoo End Up Together?