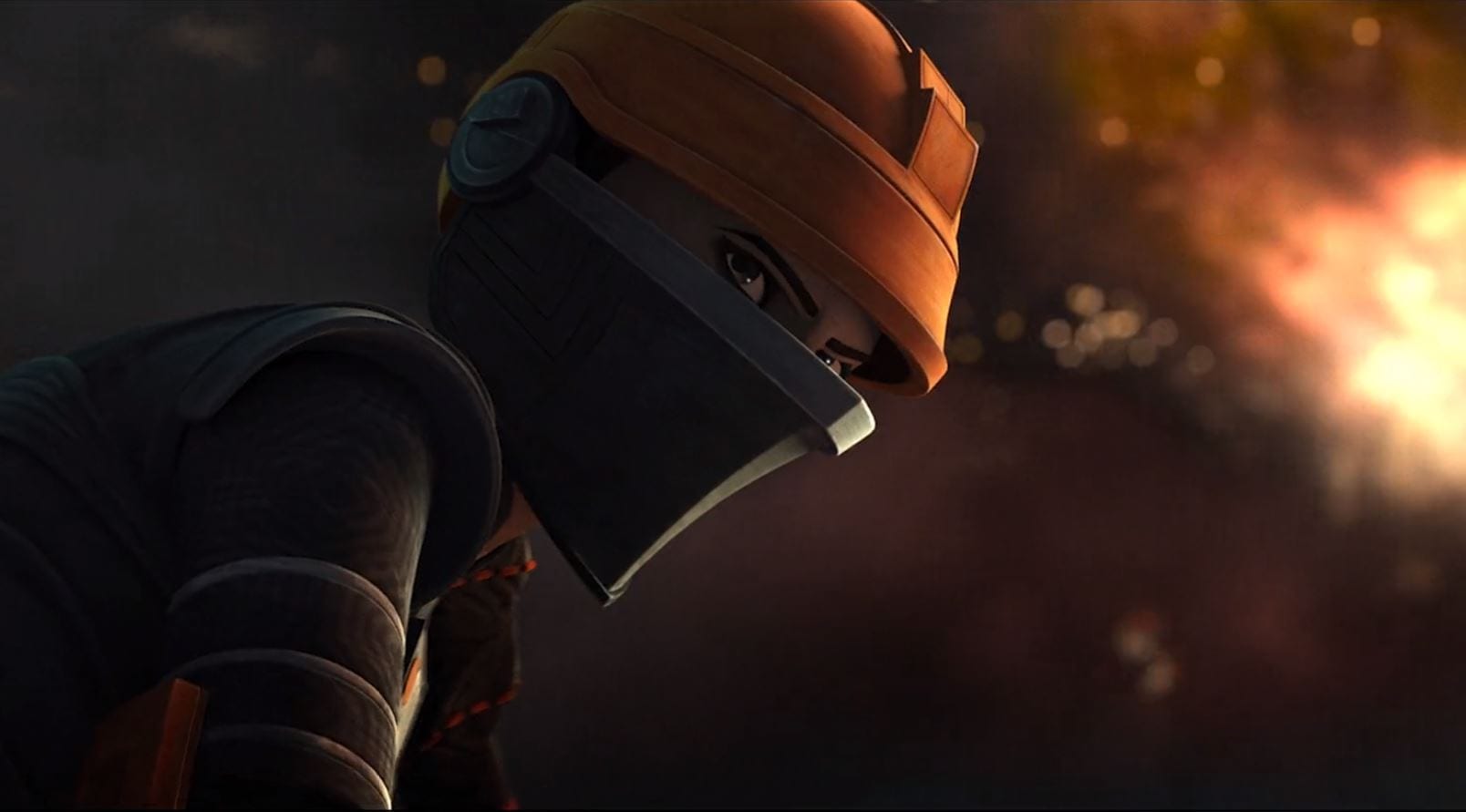 Now being chased after by the newly formed Empire, the Clone Force 99 navigate through the galaxy. At first, they reach the planet Salecumi where they learn about the Empire’s chain codes and the Imperial credits. Here, throughout their journey, the Bad Batch gets closer to their newly joined member Omega. She happens to have something special skill that is still to be detected. In the meantime, Nala Se and Lama Su hope to get a hold of the enhanced clones so that they could use them as samples to create their future batch of clones.

Star Wars: The Bad Batch Episode 4 titled “Cornered” had the Clone Force 99 hurdling through space. They were on their course to an outer-rim inhabited planet Idaflor to hide for the moment. But that is when Tech informs the crew that they must first gather fuel and rations before they go into hiding. Just then, Echo informs that their ship’s signature was put out on the comm chat on a Wanted List. Now they have no choice but to land quickly so that Tech can modify the ship’s signature keeping the Empire from tracking them. So, the nearest planet they could land on happens to be Pantora. Here when they land, the landing bay attendant, Raspar Six, identifies the ship to be an Omicron-Class Attack Shuttle. Knowing that the ship is on the wanted list, he calls a bounty hunter (Fennec Shand) in the hope of some credits. 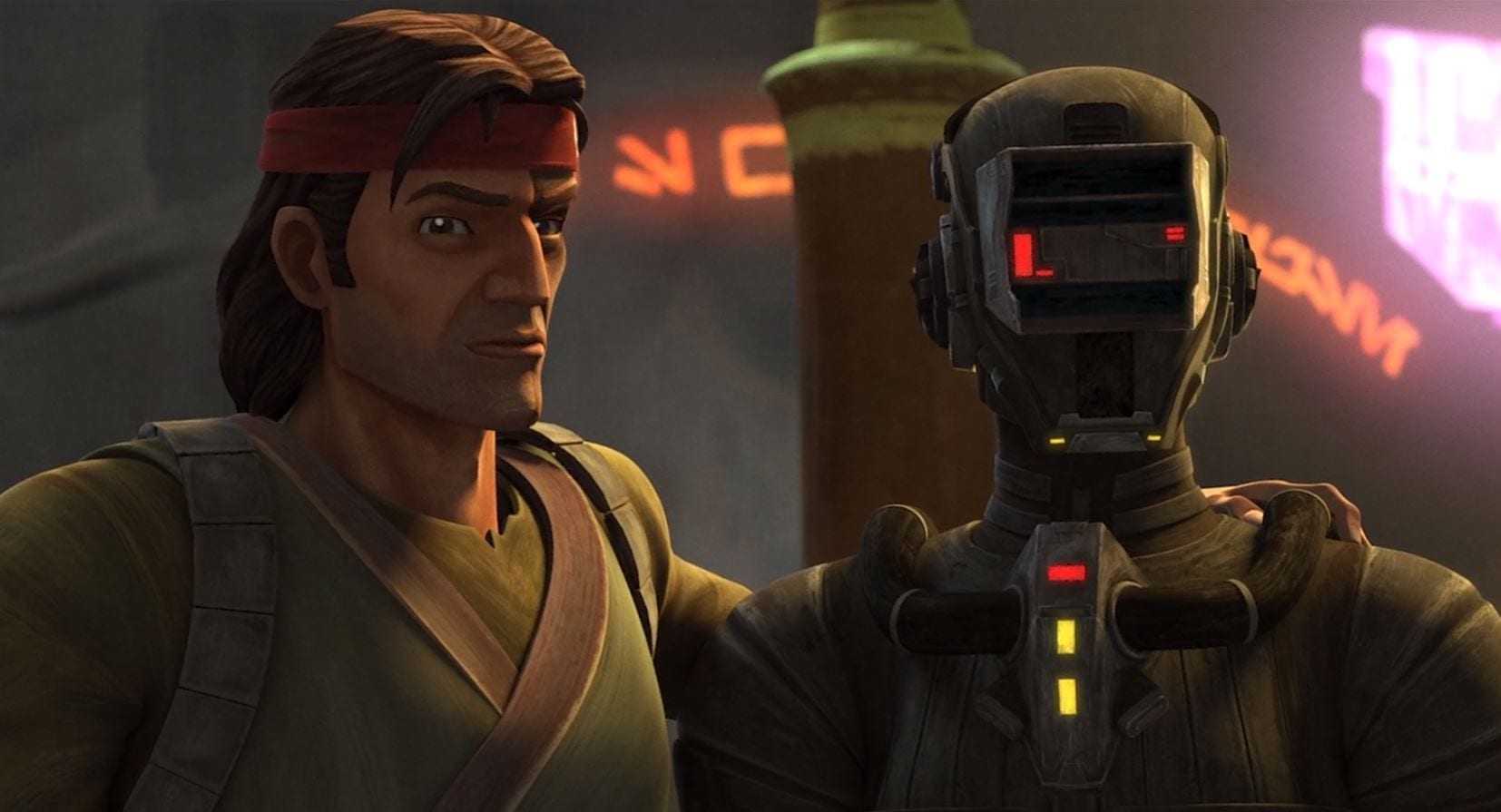 Tech and Wrecker work on modifying the ship’s signature. Meanwhile, Hunter, Echo, and Omega go out on a supply run. During the supply run, unable to sell their equipment for credits, Hunter decides to sell off Echo disguised as a military droid. Echo later leads a group of droids to their ship to repair it. In the meantime, Omega wanders off into the market only to encounter Fennec Shand. She pretends to tray and help Omega while she was casually leading her away to abduct her. But Hunter soon realizes that Omega has gone missing, and makes use of his hunting skills to track down Omega. Here, Hunter and Fennec have a fast-paced fight while Omega is asked to run away. But as soon as Hunter is outwitted by Fennec, he calls out to his teammates informing them of the situation. 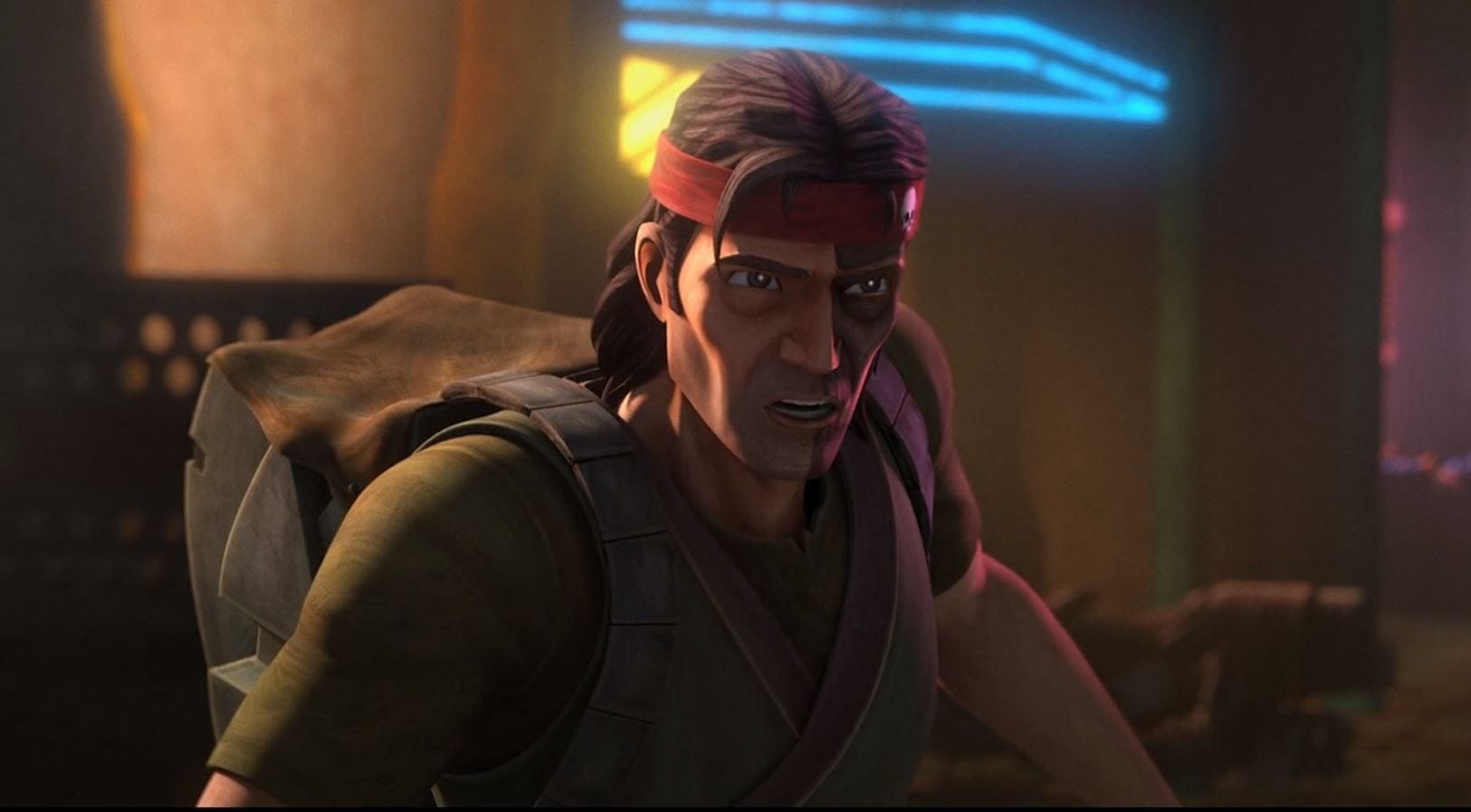 Now Hunter and Wrecker go in the search for Omega while Echo and Tech modify the ship’s signature. Omega heads into the gutters to try and get away from Fennec, that’s when Wrecker is able to reach her. He asks her to go back to the ship while he takes down Fennec. Contradicting to his beliefs, Wrecker is soon knocked down. Fennec finally gets back a hold of Omega where we witness a furious chase in the skies of Pantora. Hunter is able to rescue Omega while Fennec is left alive to hunt another day. As Teach and Echo succeed in modifying the ship’s signature, the Bad Batch gets back together to leave the planet. So, now that they are aware of the bounty hunters after them, they must stay ever so vigilant.

When will Star Wars: The Bad Batch Episode 5 Release?

Star Wars: The Bad Batch Episode 5 is set to be released on 28th May 2021. The episodes by this ‘Star Wars’ show are set to be aired at 3:00 am ET / 2:00 am CT every Friday. This show has an episode release pattern of airing one episode per week. Star Wars: The Bad Batch episodes release everywhere around the world at the same time making it a worldwide release. This allows people all over the world to watch the episode at the same time. So, if you wish to join fellow Star Wars fans in watching the episode just when it airs, all you need to do is to, convert the aforementioned time to your local time zone and tune in. And considering that the show has a fixed episode schedule, there seem to be no breaks in the episodes that will be released in the future. 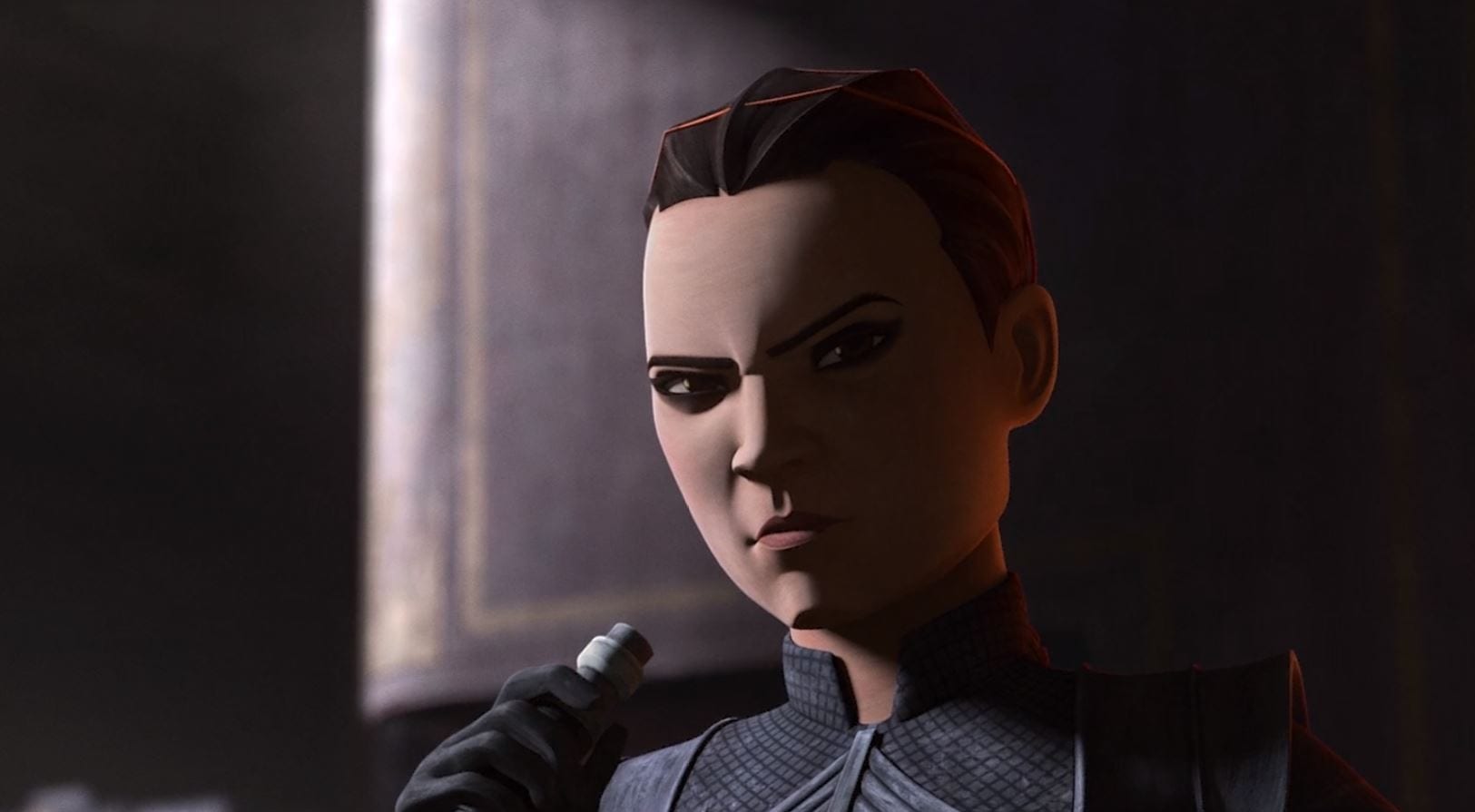 Star Wars: The Bad Batch Episode 5 will have much to do with the Clone Force 99 finding a hideout for themselves. In the last episode, the group was aiming to hide on a desolate planet when they had to land on Pantora for shop calibrations and rations. But during their supply run, the crew encounters Fennec Shand, who first appeared back in The Mandalorian. She was trying to capture Omega, which could mean that we might see more bounty hunters after the crew. Elsewhere, the Kaminoans are after them, so that they could use Omega to replicate more efficient clones. Nala Se and Lama Su fear that their Clones might be considered mediocre to the Republic’s hybrid squad. Therefore, they may have hired bounty hunters to get back their samples for cultivating an enhanced batch of clones.

Also Read: Star Wars: The Bad Batch – What’s It About? Is It Worth Watching

Star Wars: The Bad Batch Episodes are available to be watched exclusively on Disney+. Like most shows around us, Star Wars: The Bad Batch is also a streaming exclusive. This is a general attempt made by streaming services to force the fans of a particular show or content to subscribe to their service. Disney is no different from its competitors as one can only watch the show by subscribing to Disney+. Fret not, as if, you are a fan of the Star Wars franchise, The Walt Disney Company has acquired LucasFilms. This has made all Star Wars-themed content to be available on Disney+. This includes the original trilogy, the prequel trilogy, the sequel trilogy, and the standalone films. Along with this, the streaming service will also air shows like The Mandalorian, Star Wars: The Clone Wars, and Star Wars: Rebels.

Except for the first episode in the series which had a runtime of 70 minutes, all the episodes have a runtime of little less than 30 minutes. While this was a disappointment to the fans, it is also the original format that was used in Star Wars: The Clone Wars. and Star Wars: Rebels. Of course, there is always the possibility that future episodes may have a longer runtime. This kind of change was previously observed on another Disney+ show, WandaVision. And considering how Disney+ have been airing their shows, it is safe to assume that there will be no mid-season breaks in Star Wars: The Bad Batch. 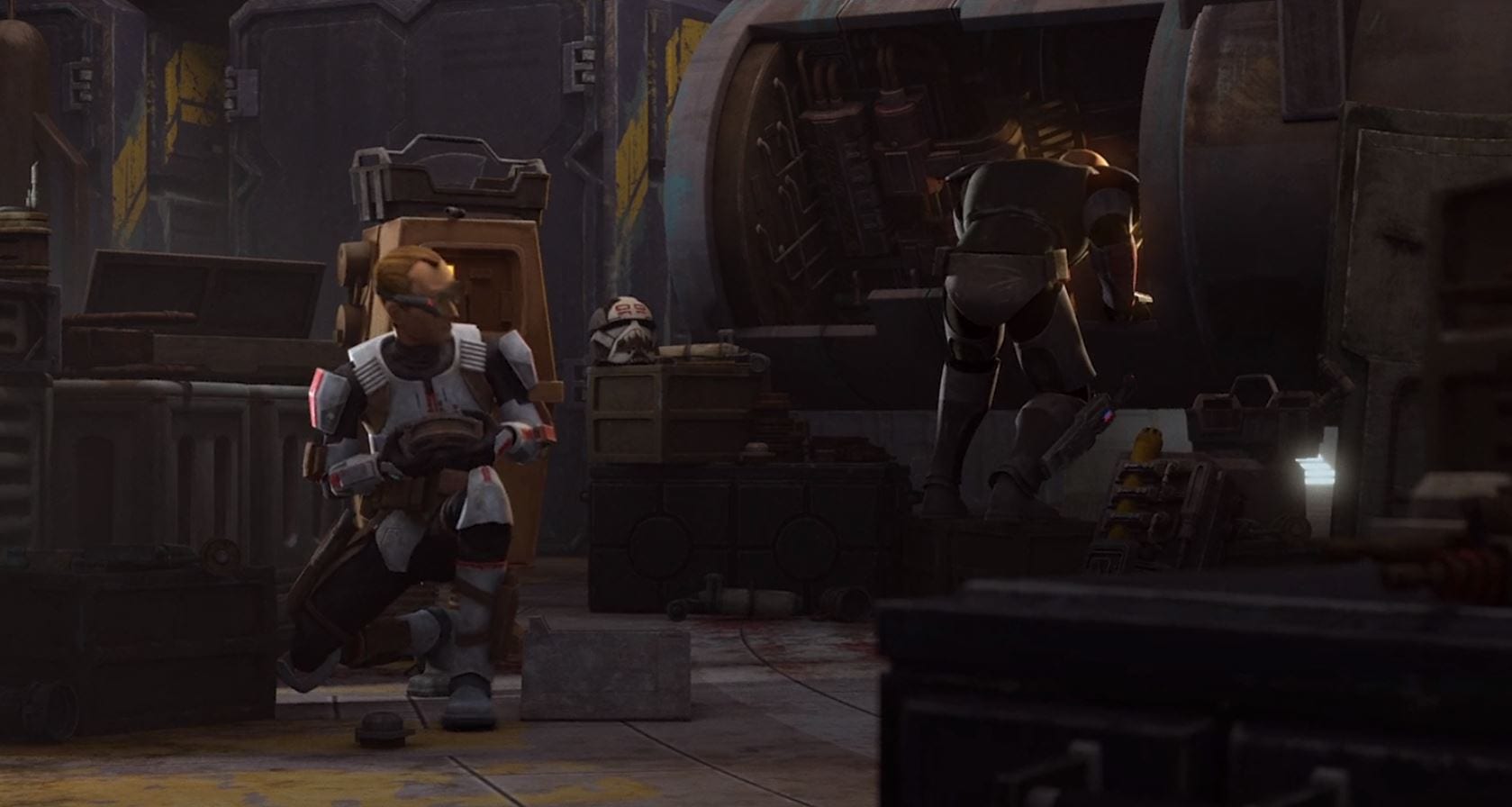 How to get a Disney+ Subscription?

One can get a Disney+ subscription for a cost of $ 7.99 a month or $ 79.99 a year. The annual subscription happens to be much cheaper than the monthly subscription. This is because the yearly Disney + subscription would cost you the amount you would pay monthly for 10 months. So, along with the 10 months, you would be receiving two months of subscription for free. Alternately, in the US, a Disney+ subscription is even available in a bundle along with ESPN, and Hulu, costing a user $13.99 a month. Meanwhile, in India, star Network’s Hotstar has collaborated with Walt Disney Company’s Disney+ to come out with Disney+ Hotstar. This service is available at a cost of Rs. 299 a month, or One can subscribe to Disney+ Hotstar monthly for ₹ 299, or Rs. 1499 a year.

Also Read: What To Expect From Star Wars: The Bad Batch Episode 4?