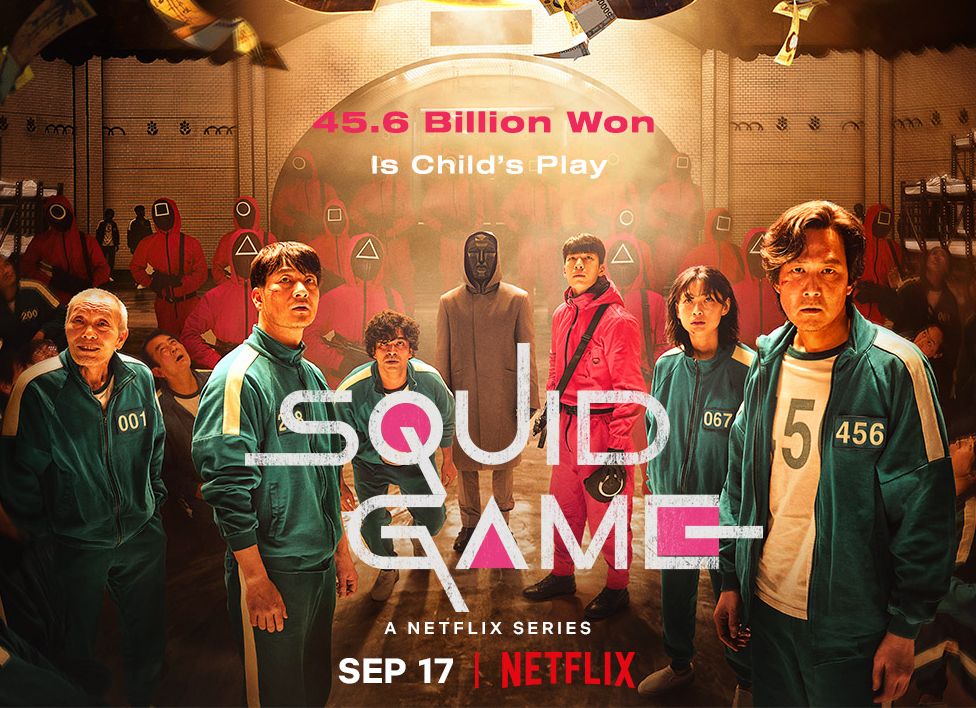 The newest addition in the list of k-dramas on Netflix is Squid Game. In this article, you will get to know about the full cast introductions of the series, preview, and more. The 2021 released television series has won the hearts of its audience, and viewers are already holding onto their breaths in the expectation of a season 2. Directed by Hwang Dong-hyuk, the nine-episode series got released on its original network Netflix on 17th September 2021. Hwang Dong-hyuk is also the writer of the series. You can check out the official trailer on Youtube. The series gained one of the highest ratings and claimed its spot in the Top 10 Netflix series.

Squid Game is the name of the same game that children play in South Korea during their childhood. Have you ever wondered about the game which children play during their childhood, what will happen if it is played by elders with a deadly risk? This series brings this exact twist where adults are playing a series of children’s games only to gain something really big in return- prize money worth 45.6 billion won. 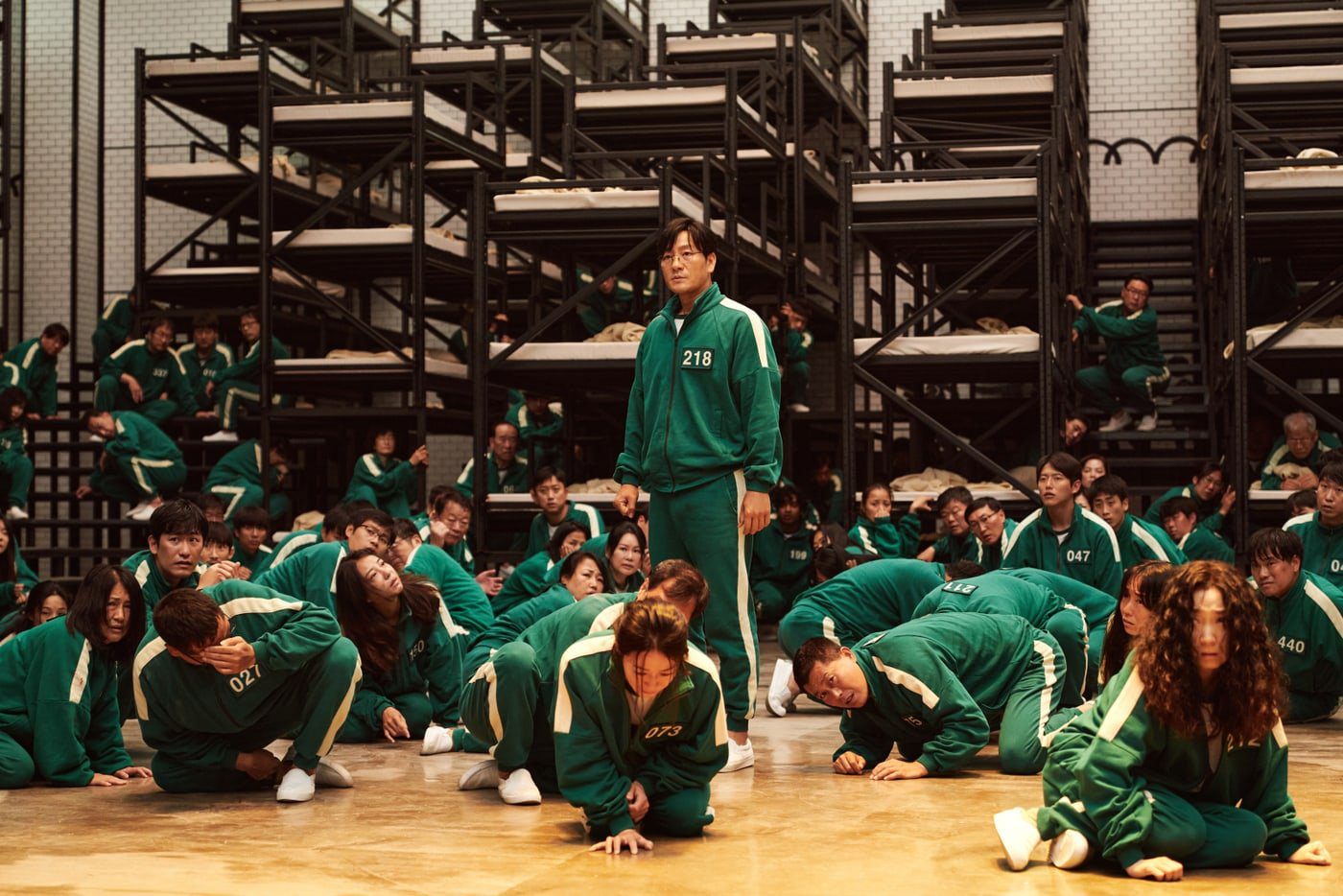 A still from the series Squid Game
Credits- Gizmo Story

Also Read-31 Best Romantic Korean Dramas of all the time

Netflix’s survival drama creates a stir in emotions within us. It analyses the characters, and you can’t judge them that easily as each set of characters has its share of the story to tell. There is a common point that connects each of the 456 members(the game started with 456 members). That is is they all are standing at the brink of financial collapse. The show starts with Gi-hun, who is addicted to gambling, and loan sharks are on the move to find him. He encounters a salesman who plays with him a game with an agreement that if Gi-hun wins, he will receive money. After a lot of tries, Gi-hun wins the game, and to get even a bigger prize, he agrees to play the Squid Game. Upon reaching the place, it is seen that hundreds of other people are also there to win.

The story revolves around the concept that how far are you willing to go to serve your purpose. 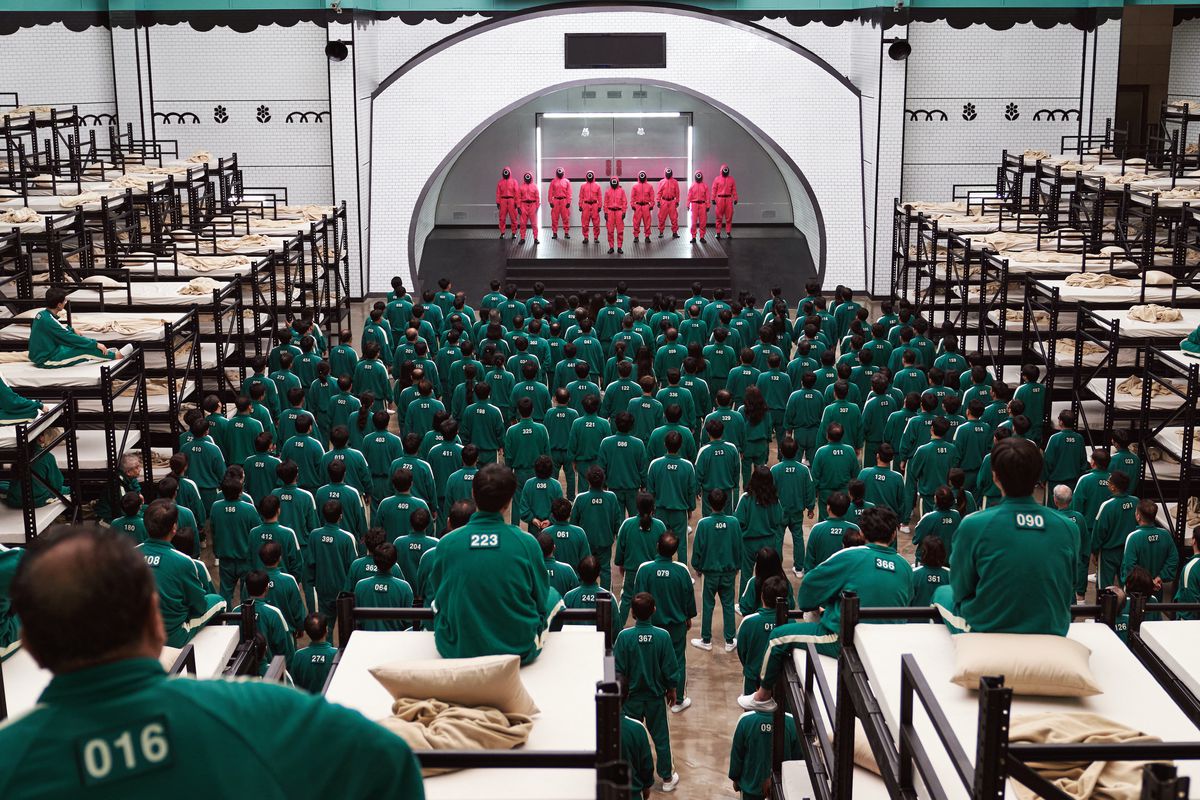 A still from the series Squid Game
Credits- Polygon