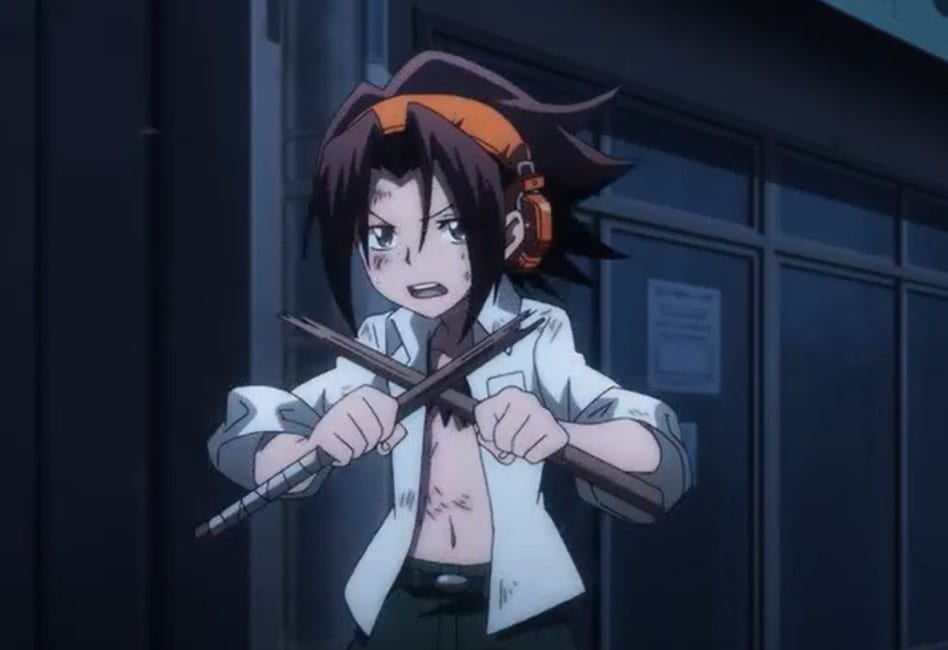 Oyamada met with Ren at the graveyard; he thought it was Yoh Asakura, but the case was different. Sb shows him a samurai warlord and warned him to tell Yoh that Amidamaru belongs to him. In the morning, Oyamada narrates what has happened to Yoh. Yoh didn’t care, but when he heard about Amidararu, he asks Oyamada to tell him everything. The two head out and talk about it with Amidamaru. They wonder what Ren wants, or he might be jealous that Amidamaru is strong.

When they are busy talking about it, Oyamada heard the voices of punks scolding a young boy. Oyamada realizes that he has seen that bot at the graveyard. He told Amidamareu and Yoh that Ren is that young boy they are looking at. Ren battles with the punks who claim that he scratched their cars. The punks have no match, and Ren thrashed them. Yoh stops Ren from killing the punks; he told Ren that a true Shaman never kills, and they bring peace to the world.

Ren notices that Yoh has befriended Amidamuru, and they are not stronger than him. He told Yoh that a Shaman never makes friends, and it is a sin to befriend a ghost. He also told Yoh that he is taking Amidamaru. Yoh refuses and comments that Amidamuru will always be his friend, and the two started to battle. Ren started to pulverize Yoh and pins Yoh with the ground. He told Yoh that he is weak because he has befriended a ghost. He must possess the ghost to gain its full power, not befriending the ghost.

The ghost must listen to his command not to share his powers with the ghost. Ren steps on Yoh’s chest and mocks Amidamaru. Yoh refuses to give and sends Ren flying. He gets up and fuses with Amidamaru telling Ren that he will show him the true power of ghosts and human beings. Ren thought he could block the attacks even though they have fused and maintained 100 percent powers of Shaman and ghost. Yoh uses all of his power to put Ren to sleep. Ren comments that Yoh possesses powers that surpass the Shaman King.

Yoh heard those words and wonders if another Shaman possesses the powers to become a Shaman King. Ren collapse and falls unconscious. Yoh also collapses due to the power he has used, and he recalls his past when he was young. In his dream, he saw himself fishing at a young age, but another mysterious boy he couldn’t remember well. In the present, Yoh met with Anna at the hospital, and she told him that she would be training him. 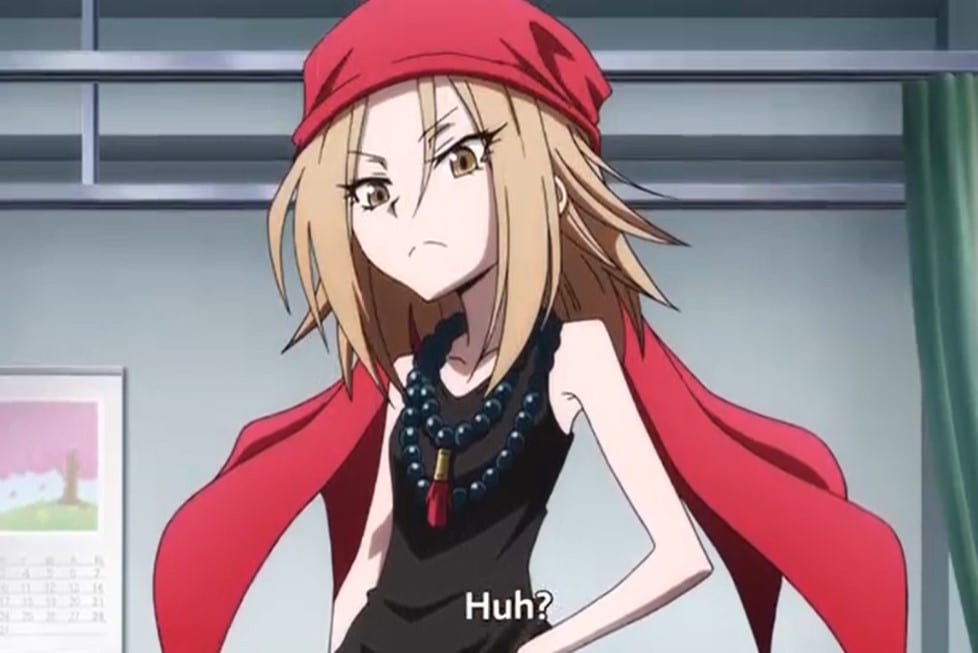 She reveals that if she calls every spirit from Funbari hill, she would know everything about Yoh. Anna sits on the hospital bed and orders Oyamada to give her some juice. Oyamada asks why he and he receives a big slap for going against a beautiful lady. Anna asks Oyamada how he is related to Yoh. Oyamada reveals that Yoh is his friend. She told Oyamada that he has no choice but to over her since he is Yoh’s friend. Anna also told Oyamada that the words of the future wife of Shaman King are absolute.

Later they head home, and Oyamada started to serve Anna. Yoh reveals that they are a family from the Shaman generation. To keep the bloodline, he has to marry Anna, and it is a fixed marriage from his parents. Yoh reveals that Anna will do whatever it takes to make him the Shaman King. In the evening, Yoh battles with Lee, who wanted to end Tao’s bloodline. He manages to defeat him with a new ghost.

Shaman King (2021) Episode 4 date will release on Thursday, 22  April 2021 at 5:55 PM JST. You can officially watch Shaman King 2021 on  Netflix. The new episode will be available next week on Thursday. Let’s see what the preview has for us down here.