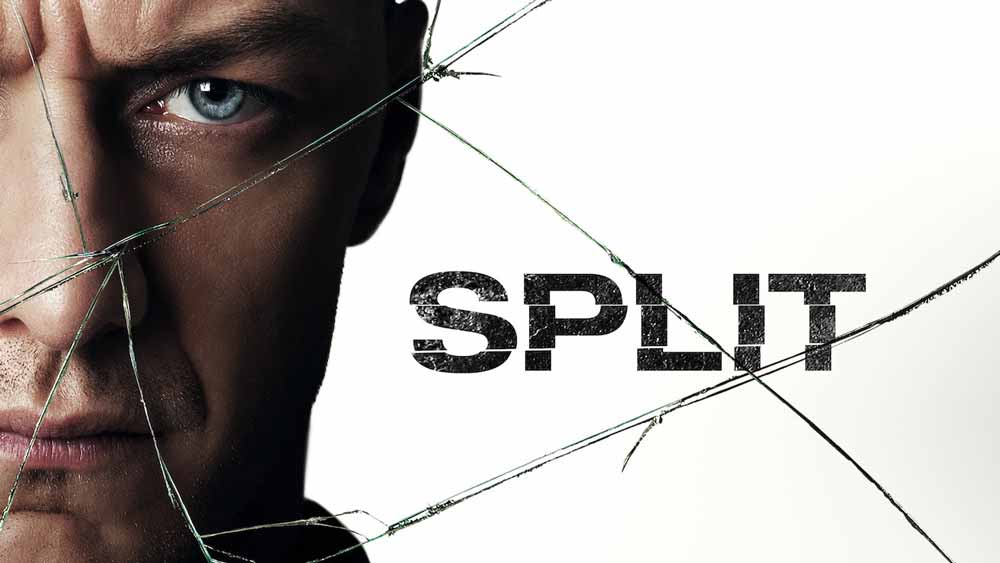 Helmed by M. Night Shyamalan, Split is the second film in the Unbreakable trilogy. The film follows Kevin Crumb, who is suffering from a split personality disorder. The psychological thriller stars James McAvoy, who delivers one of his greatest performances as the man suffering from DID. It also stars Anya Taylor-Joy and Betty Buckley in the leading roles. Shyamalan has also penned the screenplay for the film, as well as produced it. The film was Shyamalan’s return to his element as it went on to be a critical and commercial success. Opening up to generally favorable reviews, it grossed over $270 million on a $9 million budget. In true Shyamalan fashion, the film had a twist at the end. We’ll delve into what the ending of Split and that twist entails in a bit. Read on to learn about its plot and other details.

The cast also includes Haley Lu Richardson, Jessica Sula, Sebastian Arcelus, Brad Williams Henke, Neal Huff, Kim Director, Lyne Renée, Rosemary Howard, M. Night Shyamalan, and an uncredited cameo by a familiar face we’ll talk about later. Jason Blum and Marc Bienstock have produced the film alongside Shyamalan. West Dylan Thordson has composed the music. Luke Ciarrocchi handled the editing while Mike Gioulakis helmed the cinematography. Split hit theatres January 20, 2017. The film had a twist ending that revealed that it was not a standalone project. Read on to find out what the ending of Split reveals and what it builds up to. 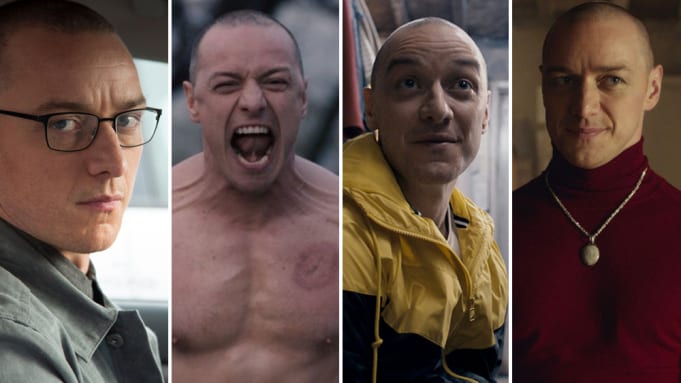 What Is The Film About? Plot Summary

The events take place just outside Philadelphia, Pennsylvania. We follow a man named Kevin Wendell Crumb. He suffers from DID — Dissociative Identity Disorder. His condition has fostered 23 distinct identities inside of one person. The reason for his condition is severe childhood abuse and abandonment. Out of all the eccentric personalities, “Barry” is the one who controls them all. He is the one who decides which persona has to come out at one time. While different personalities get a chance to get out, Barry hasn’t let two of them out as of late. These two personalities — “Dennis” and “Patricia”, have been a nuisance for Barry. While Dennis has started harassing young girls recently, Patricia can’t stop talking about the mysterious entity she believes in. This mysterious identity is, as Patricia believes, someone who will rid the world of the “impure”.

Patricia refers to this being as “The Beast,” while the “Impure” refers to the people who’ve not suffered. The visiting therapist Dr. Karen Fletcher conducts routine sessions with Barry. However, as of late, she has noticed that Dennis has become the dominating personality. He now pretends to be Barry, the prime alter persona. Dennis then kidnaps three teenage girls — Casey Cooke, Claire Benoit, and Marcia, while they were on their way home. After kidnapping them, Dennis imprisons them in an underground cell at the Philadelphia zoo. Kevin adopts the female alter “Patricia” and a kid alters “Hedwig” to interact with the girls. Meanwhile, the girls try to break out of the cell. They try to take advantage of weaker alters but no attempt comes to fruition. Dennis then boards an empty train coach, following which a new alter takes over.

This new alter is none other than “The Beast,” the mysterious entity Patricia talks about. The Beast is the 24th alter and possesses superhuman abilities. The Beast then takes over and goes back to Kevin’s headquarters. Fletcher confronts him, and The Beast ends up killing Claire, Marcia, and Fletcher. He then goes on to kill Casey but halts when she calls out Kevin’s full name. The utterance of Kevin’s full name enables the original personality to finally come out. He soon realizes what’s going on and that he’s not been in control for two years. Terrified and sad at what has transpired, Kevin begs Casey to kill him with a shotgun that he had hidden. Following that, all 24 personalities housed within Kevin start fighting for control. In the end, Patricia emerges as the victor. 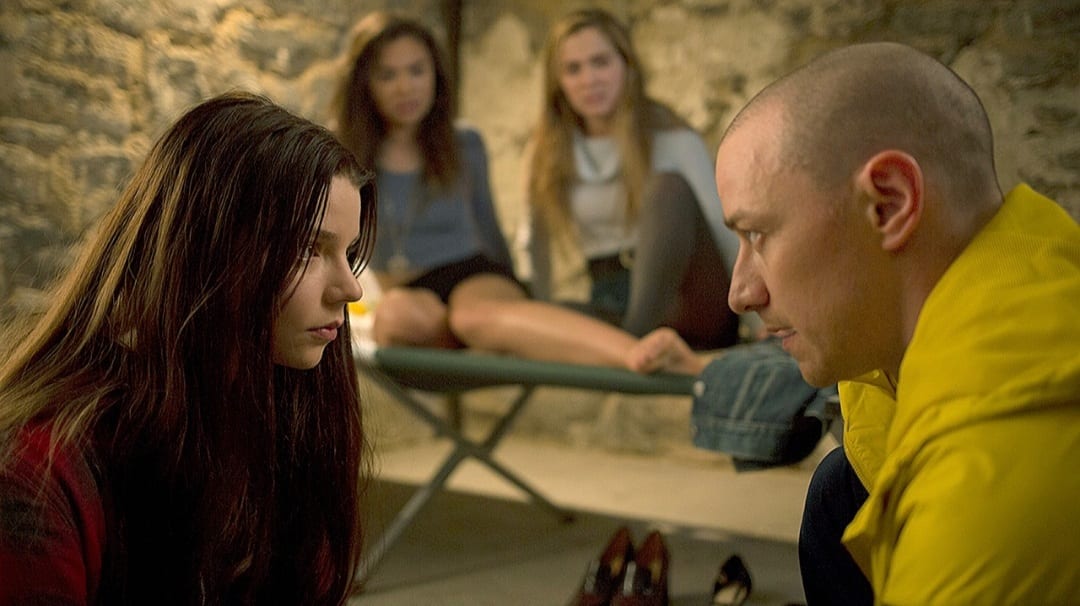 Dennis with the girls he kidnapped. Credits: Netflix.

Towards the ending of Split, Patricia telling Casey that Kevin has been suppressed and sent far away to sleep. Also, that Kevin will never awaken again, even upon calling him with his name. The personalities then let “The Beast” take over. He emerges and takes hold while Casey goes for the shotgun. She picks up the gun and the cartridges and then starts escaping through a tunnel. As “The Beast” starts chasing her, she shoots him two times. However, the bullets shockingly do not affect him, barely leaving minor wounds. As “The Beast” goes in for the kill, he stops. That’s because he notices abuse marks over Casey’s body. Those marks were from Casey’s horrifying childhood. Her uncle and legal guardian, John, used to sexually molest her. Realizing that she has suffered and hence she is “pure”. The Beast then lets Dennis take over, and he spares Casey.

Who Is The Mysterious Man At The End?

The police then rescue Casey. After that, Dennis, Patricia, and Hedwig discuss their plans to change the world with the power of “The Beast”. The ending of Split sees several people watching the news inside a diner. The news is running a report on “The Horde”. It’s the nickname that people have given to “The Beast”/Kevin. A waitress then notices that The Horde shares similarities with another criminal. That criminal, she remarks, was in a wheelchair and incarcerated 15 years ago, and also gained a nickname. That’s when a man sitting next to her says the nickname, “Mr. Glass”. This man, we learn, is none other than David Dunn (Bruce Willis), the protagonist of Shyamalan’s movie Unbreakable. The ending implies that David Dunn still dons his superhero name and still goes around hunting villains. It sets up the sequel and the third installment in the Unbreakable trilogy, Mr. Glass.

Split is available to stream on Netflix.

Nastia Liukin Boyfriend: All About Her Love Life!

Nastia Liukin, the American gymnast, is a five-time Olympic medalist and a world champion. The athlete has achieved everything in her career, right from...