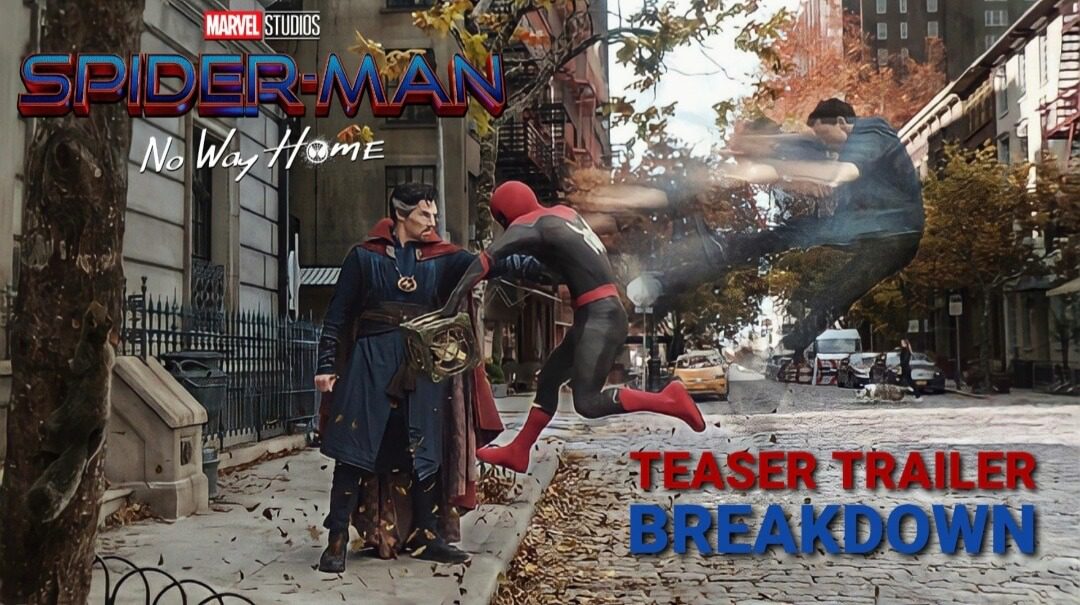 One of the most anticipated trailers for one of the most anticipated movies— Spider-Man: No Way Home — has just dropped. The anticipation for even just a momentary peek into the upcoming movie has been bewildering. The social media platforms have been brimming with anticipatory and speculative excitement around the movie. It’s reflective of just how enormous of a place Marvel holds in the zeitgeist now. Spiderman is one IP that is arguably the biggest flag-bearer of superhero popularity. The immense popularity of the character, coupled with the post-Endgame hunger for superhero cinema, and the frenzy around the upcoming movie make total sense. However, there’s more than just the general popularity and curiosity for the film that’s generated such a hype beast. Spider-Man: No Way Home, is a whole new level of hype. The theories floating around the internet have created a mammoth of expectations.

If you take a little gander around the numerous online channels, pages, and accounts, you’d know what I’m talking about. Ever since a third Spider-Man was announced, people began speculating what the film will entail. But the moment Dr. Strange came into the picture is when the hype reached sky-high. Dr. Strange’s inclusion meant a whole new universe of possibilities. Well, a whole new “multiverse” of possibilities, to be precise. That was just the start, however. What followed afterward was fans speculating, theorizing, and then expecting the entire Spider-verse to be present in NWH. And the way the leaks and rumors kept on coming, all the wild theories started becoming a likelihood. After starving fans for weeks and months, the first official teaser trailer for Spider-Man: No Way Home has finally been released. Giving fans a 3-minute sneak peek into the new web-flinger story, the trailer entails several exhilarating reveals. 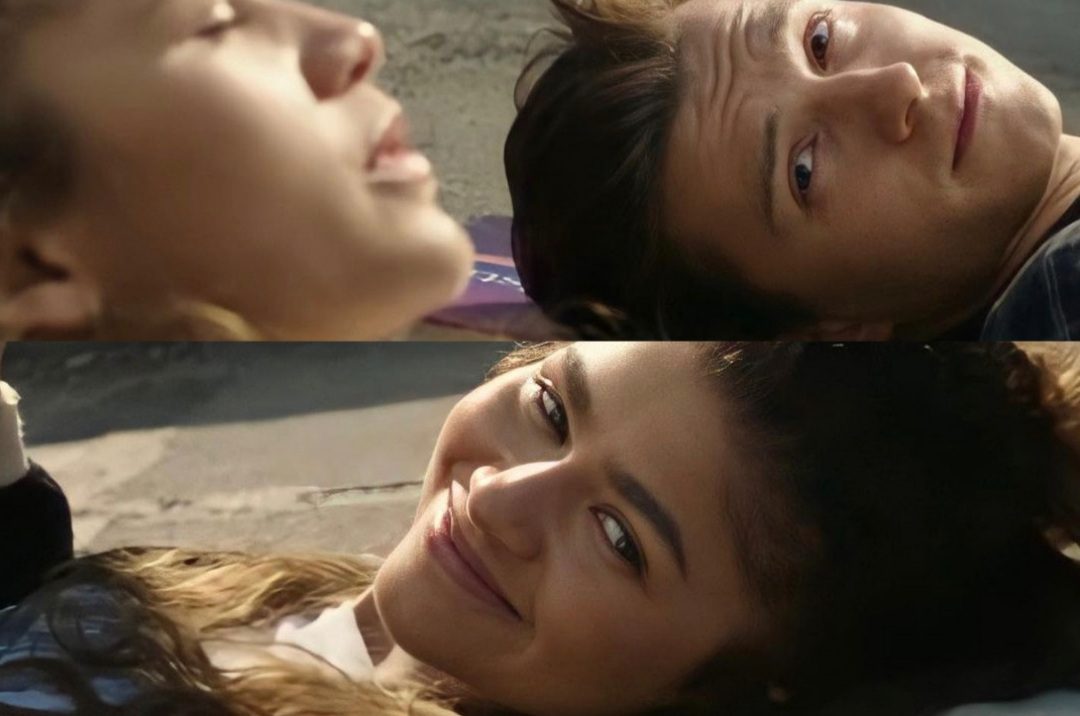 The trailer for Spider-Man: No Way Home starts off with Peter and MJ lying down on a rooftop. MJ flippantly reads a newspaper article containing baseless speculations about Spider-Man’s powers. Peter is amidst an insane world now, one where his superhero identity has been revealed. The film will follow the events of Spider-Man: Far From Home, where at the end, Mysterio revealed Spider-Man’s true identity to the press. And it seems Peter is having quite a tough time contending with the after-effects. Peter’s face is plastered all over the billboards of Times Square, with Spider-Man’s mask superimposed over it. Spider-Man has become an antagonist in the public eye, for murdering the “savior superhero” Mysterio. This has thrown Peter’s life into the public eye, where everyone sees him as the vicious murderer of Mysterio.

But the most difficult part for Peter in this ordeal is that the reveal has also endangered his loved ones. Throughout the first half of the teaser trailer, we see reporters and people mobbing Spider-Man. Peter’s friends are by his side, facing public outrage as well. We see Ned and Aunt May being questioned by the police. At one point, it seems someone has entered Peter’s home, surprising him and aunt May. It could be the police, there to detain Peter on the charges of murdering Mysterio. His friends and family’s safety is the prime concern that compels Spidey to try and fix the fiasco. After trying to fix this mess himself, and seemingly failing, Spidey turns to Dr. Strange. 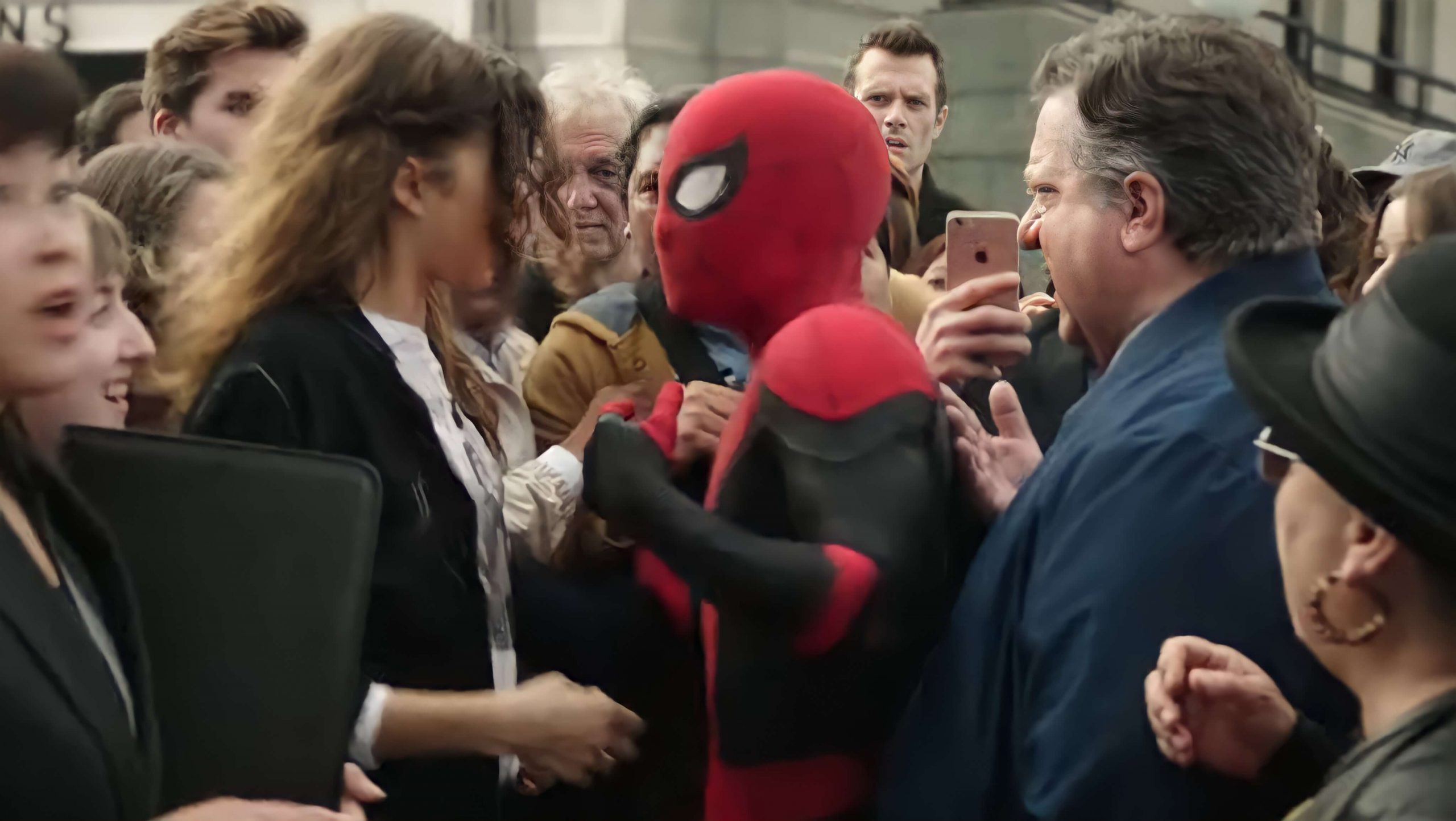 Peter and MJ are surrounded by people following the ending reveal of Far From Home.

Dr. Strange’s involvement in the plot of Spider-Man: No Way Home has been one of the biggest talking points recently. The news of Dr. Strange in No Way Home obviously meant that the multiverse would be arriving as well. And the multiverse meant the enormously stupefying possibility of a Spider-verse. The teaser trailer finally confirms Dr. Strange’s role in the insanity that will ensue in Spider-Man: No Way Home. In fact, strangely enough (pun intended and deliberately planted), Dr. Strange is seemingly the one who kicks off the madness. Peter is concerned for his life and loved ones and finally turns to Dr. Strange for help. We see the Sanctum Sanctorum, which is covered in snow. Strange is wearing a bomber jacket while Wong is preparing to leave for a vacation. Peter asks Strange for his help with his very public problem.

Saying that his life has been hell ever since Mysterio revealed his identity, Peter proposes to magically retcon Mysterio’s actions. The proposal is daringly bold and risky, but strangely enough (yes, totally intentional), the doctor goes on with it. I mean, Strange has been characteristically unruly and has used restricted spells before, but this is different. The stakes are distinctly higher this time around. And yet, Dr. Strange goes along and casts the spell. What’s more, is that he takes extra steps and casts a spell that will make the whole world forget Spider-Man’s true identity. Upon hearing that, Peter is reasonably scared, since that’d mean MJ, along with Ned and aunt May, will also forget. An oblivious MJ would mean that all the time they’ve spent together would be alien to her. As Peter starts rattling his hesitation and fears off, Strange tells him to not perturb his spell-casting.

Dr. Strange casting the spell that rips open the multiverse.

Well, the spell is perturbed, and it ends with a chaotic and explosive magical tear into the multiversal fabric. Dr. Strange and Spider-Man have done it! They’ve unleashed the multiversal crossovers and we’re forever grateful. The consequences of what just transpired after Dr. Strange and Peter’s mess are colossally dire. Spider-Man: No Way Home teaser trailer then dives into madness we’re all betting on the movie for. The unintentional tampering with the spell also, as Strange puts it, tampered with the stability of time and space. What follows after is a sequence that finally delivers on the hype.

The multiverse has opened up and the various Spider-Man IPs have coalesced. The teaser trailer ends with the classic Spider-Man villains from the past franchises coming back. We see Electro’s yellow bolts of lightning wreaking havoc, along with a lot of sand flying around. At one point the sand seems to be somewhat humanoid, most probably the Sandman. Another huge name to return is Norman Osborne aka Green Goblin. Although we don’t see him personally make an appearance, his classic pumpkin bomb can be seen rolling down the street. Then comes the final reveal — another great return from the Raimi trilogy — Doctor Otto Octavius. The trailer ends with Doc Ock saying a charming hello to Peter. 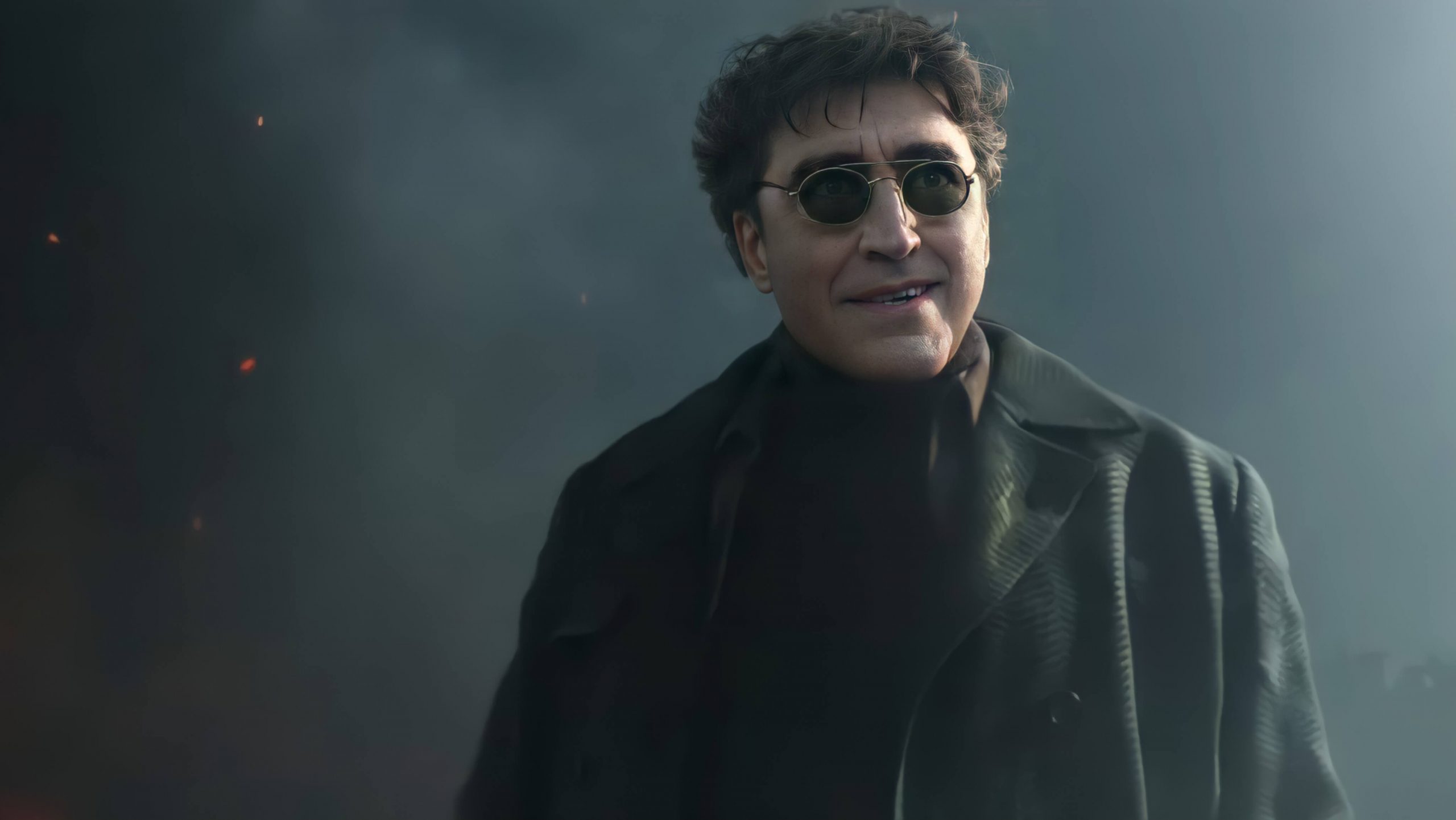 Are Tobey Maguire and Andrew Garfield in the Spider-Man: No Way Home Trailer?

We don’t get to see Tobey Maguire or Andrew Garfield’s Spider-Man in the trailer. However, their presence in the movie is abundantly obvious. You can’t have the previous Spider-Man nemeses without having the previous iterations of the Spidey as well. There’s also the probability that the scene with Doc Ock actually omits Tobey out for Holland’s Spider-Man. There can be several similarly misleading edits throughout the trailer. Whatever the case may be, the trailer for Spider-Man: No Way Home has already propelled the hype even higher.

Is Matt Murdock in No Way Home?

At one point during the trailer of Spider-Man: No Way Home, we get a glimpse of a man. This man, although we only see his torso, appears to be Matt Murdock. The man can be seen dumping down some files on the table in the custody room. Peter is being questioned regarding Mysterio’s murder, where he tells the cop it was the drones that killed him. However, the cop retorts that the drones belonged to Peter in the first place. The next scene shows a man wearing a white shirt with a black tie, putting some files in front of Peter. The clothes are what Murdock usually wears but this could be a mislead. It might very well be an intentional tease but having it be Murdock makes sense, given the setting.