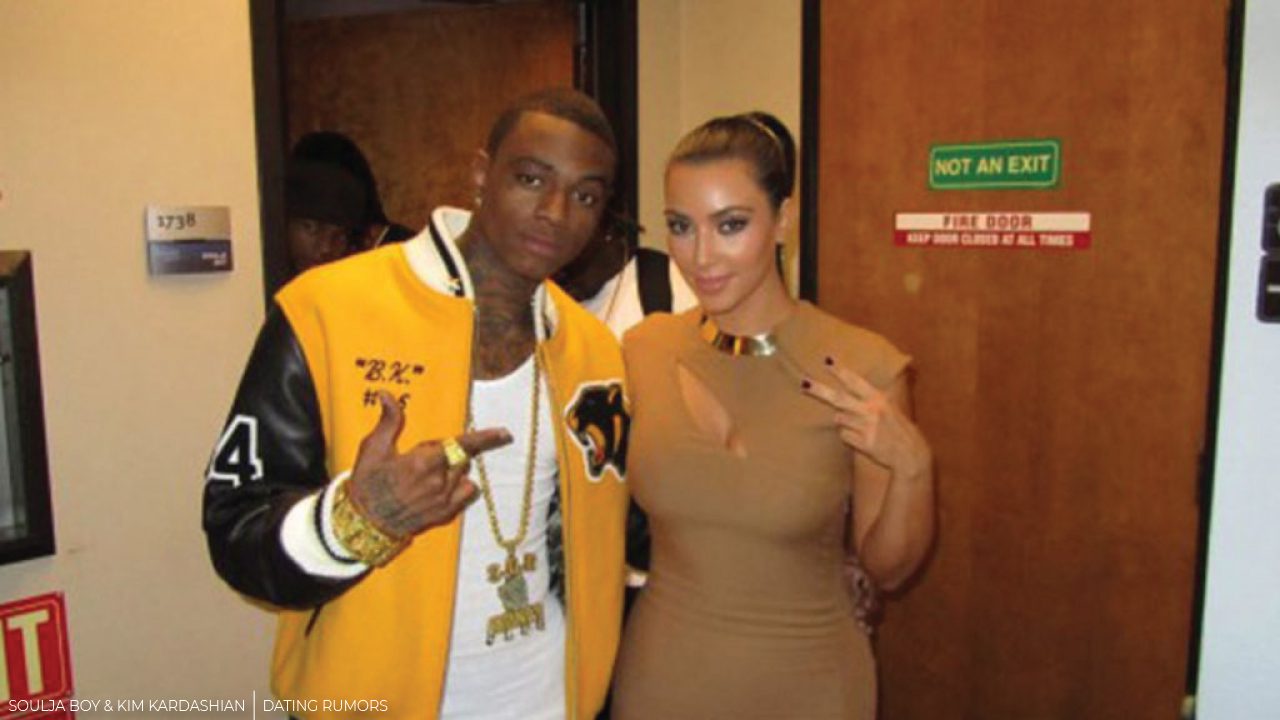 Kim Kardashian is a brilliant personality of the United States. She has a multi-talented personality. She became popular after becoming a stylist of Paris Hilton. Each girl appreciates her and adores her because of her personality. Kim, as well as Soulja, has a huge fanbase. From every corner of the world, people adore these two differently. Now, their picture has really made their fans crazy. People have really loved them together. And some say that they are in a relationship. Now, fans are crazy to know the truth. In this article, we will discuss the real reason for the photo of Kim Kardashian and Soulja Boy. We will also confirm the relationship status of Kim and Soulja.

Soulja Boy has shared one photo of him and Kim Kardashian. That photo made them highlights for some rumors. Here is the explanation of the dating photo of Kim Kardashian and Soulja Boy. Soulja Boy has a kind of tough competition with Kanye West. Kanye West is also a popular American rapper. So, to show himself superior, he roasted Kanye. Soulja has shared a picture of him and Kim Kardashian and written a caption. His captions say that he was the first rapper with Kim, not Kayne. Kim Kardashian is an ex-girlfriend of Kayne West. They really had a strong relationship. But now they are separated. He wanted to show Kayne that he knew Kim before him.

Soulja has roasted Kayne earlier also. But this time, he pointed him personally. On 31st August 2021, Soulja tweeted to troll Donda. Kayne West is popularly known as “Donda”. Soulja posted a photo of him and Kim and added that he knew her before him. Once Soulja has tweeted Donda, saying to him that he has flopped. He has also called him picklehead ass. In one of his interviews, Soulja said that he would continue to roast Kayne, everybody, for the rest of his life. He had once roasted Kayne, saying that he should apologize to Taylor Swift because he had worn a trump hat.

Also Read: Jo Koy’s Girlfriend: Who Is The Famous Comedian Dating In 2021?

Soulja Boy does not have any type of relationship with Kim Kardashian. Kim is only his friend. Soulja Boy is a 31 years old American personality. His real name is DeAndre Cortez Way. He was born in the city of Chicago in Illinois on 28th July 1990. He is the single child of his parents Tracy Way and Lisa Way. Soulja has been engaged two times. In 2009, he was engaged to Rosa Acosta fro only three times. And then, in 2019, he engaged to his girlfriend, Nia Riley. Nia Riley is Soulja’s long-term girlfriend. It also seems that they may marry soon. Soulja has an Instagram account with 6.5 million followers.

Now let’s talk about Kim Kardashian’s relationship status. Kim is a 40 years old billionaire celebrity. Her net worth is 120 Crores. Kim has three failed marriages. And her recent ex-boyfriend was Kayne West. She has four children from her ex-husband Kayne West. Currently, she is dating Van Jones. Van Jones is a 52 years old CNN host. After the two months of divorce with Kayne West, she started dating Vam Jones.

How to Watch Grantchester Season 6 Online?