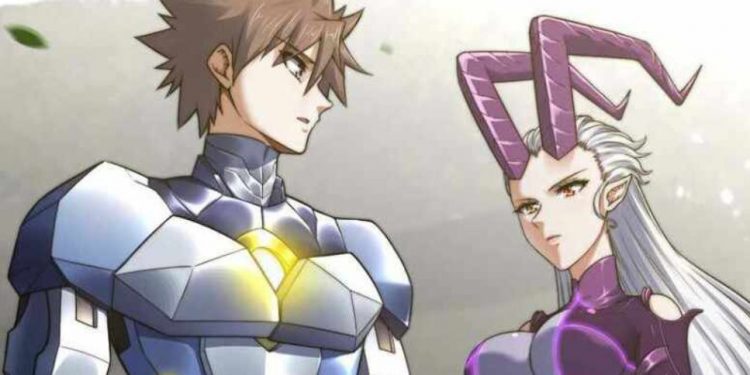 My Wife Is A Demon Queen Chapter 329

My Wife Is A Demon Queen Chapter 329 reveals the trip to the Demon Tribe. Isabella, Xiang Ye, and Sophisas decided to heat the Demon Tribe to reclaim Isabella’s throne. Isabella wants to be reinstated as the current Demon Queen. But she has to first fight with the reigning Demon Queen. On their way, they still encounter knights who block their path since White Dragon Regiment is chasing them. Sophisas uses Qi Swordmaship to blast the warriors blocking their path. In the recent chapter of My Wife Is A Demon-Queen, Sophisas’s student uses Magnification Magic to help him enhance his swordsmanship.

The warriors try to push back the gigantic lightning slash. But Sophisas transformed into a Steel Knight that has body coated steel. He wields his giant blade, and the warriors begin to retreat. A single slash of Sophia’s sword has the power to wipe out thousands of warriors. He cleared the path since it was the last line to get out of the town’s barrier. Sophisas told Xiang Ye and Isabella to leave using an airship and return to the place. The student wonders what Sophisas is trying to say, and Xiang Ye realizes that if Sophisas remains, they will rest him.

Eli reminds Sophisas that Xiang Ye forged the airship and can join them. Sophisas reveals that the Regent won’t kill him since he wants to work with him. Xiang Ye reminds Sophisas that this Empire is unworthy to stay since the Regent covers the sky with one hand. Sophisas remind Xiang Ye about his foster’s father promise and that no one will protect His Majesty if he leaves the country. He knows that he can live since he has unfinished business with this country and has survived fierce battles.

Previously on My Wife Is A Demon Queen Chapter 328

Xiang Ye is worried that Sophisas wants to remain, but he wishes that Sophisas could meet with his real brother. He believes that he will help Isabella regain her throne, but they can leave someone behind. Sophisas convinced them, and they decided to leave since they knew that Sophisas wouldn’t die, but he would work for the country as a slave until they rescued him. Xiang told everyone to enter the airship. Sophisas noticed that his student was behind him and told her to leave with the others.

The student refuses to leave and says she wants to be with her master. He kissed her and told her not to worry since they would meet again and he will stay alive. The student told Sophisas to wait for her to return, and Sophisas asked her to help him protect the others. He heard a voice calling him and saying that he was not escaping since they had to settle. Sophisas looks behind and learns that White Dragon Regiment has arrived. White Dragon Regiment wields his chain and reminds Sophisas that it is time to settle the scores.

My Wife Is A Demon Queen Chapter 329 Released Date

My Wife Is A Demon Queen Chapter 329 will be released on 2 January 2022. Sophisas call White Dragon Regiment Sato and say he will fulfill his wish. Xiang Ye calls Sophisas a brother for the first time and says they will go home together when he returns and start a new life. The airship leaves the scene, and Sophisas realizes that it was lovely when Xiang Ye calls him a brother. Let’s look at My Wife Is A Demon-Queen-Chapter 329 official details.

You will be able to read My Wife Is A Demon-Queen-Chapter 329 online on various websites. The manga has recently released chapters 327 and 328 on Sunday, leading to chapter 329. White Dragon Regiment vs. Sophisas will begin in the upcoming chapter. Sophisas knew that White Dragon Regiment would arrive, and he had to remain to fight him and protect the airship. Let’s meet when My Wife Is A Demon-Queen-Chapter 329 is released.