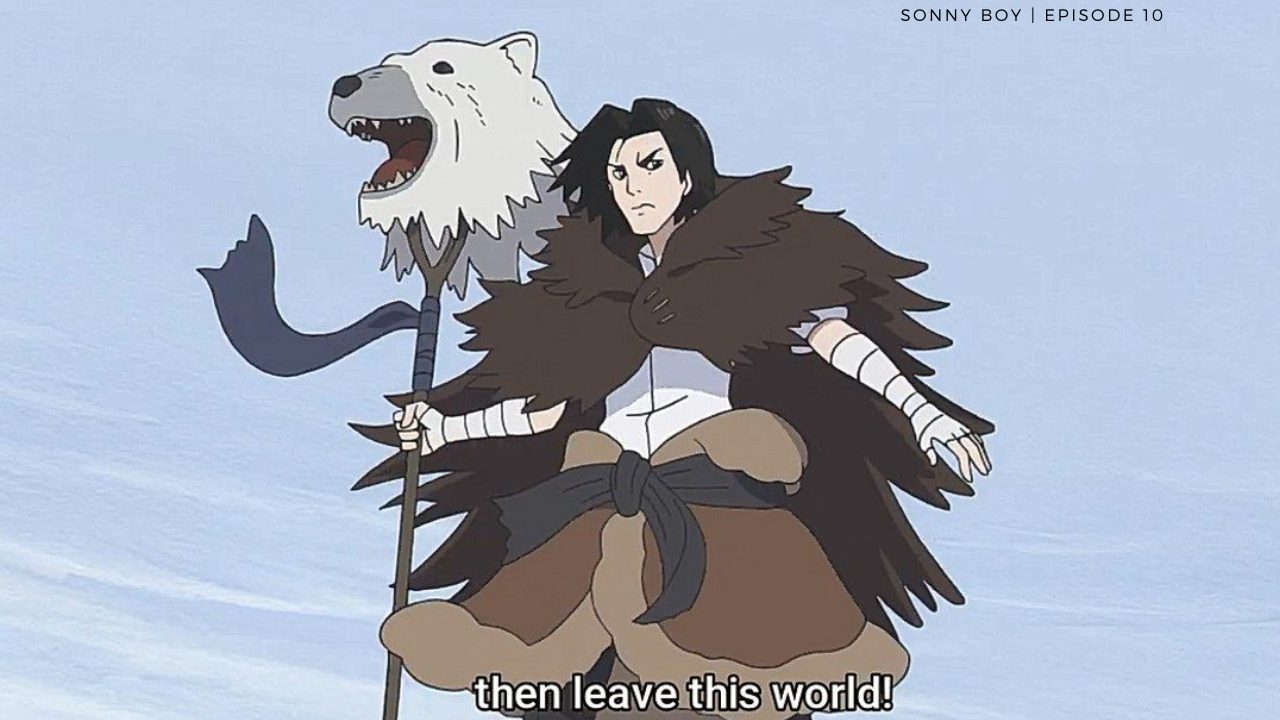 The journey to the mysterious world starts with Sonny Boy Episode 10. The students have lost their ways to reach home, but Nagara and Nozomi use their superpowers to guide them. Sonny Boy has been following the life of the students in an unknown world where they are trying to survive to return home. From the latest Sonny Boy episode, the trio arrives in an Ice land, and Mizuho realizes that she is missing home. They encountered talking cats and allowed them to join the crew since they were once humans.

The warrior approaches them and asks them why they are here, and if they are not fighters, they can leave. Nagara told the guy that they were looking for the path that would lead them home. The guy said that this was his territory, and he had a duel with his brother fighting for the domain. If they don’t leave, they will get involved in the next duel. The guy left them, and Mizuho comments that he is scary. At Sou Seiji Camp, the soldiers are preparing for the next fight.

The trio arrived at Seiji’s camp, joined his team, and met with Seiji since they wanted to make up with him. Nagara finds that Sou and Seiji are twin brothers who have been fighting for thousands of years. Mizuho asks if it is true that the cause of their fighting is a single strand of hair. Seiji agrees and claims that he has 110,635 hairs while Sou has 110,634 hairs. Seiji adds that he has one more hair than Sou, and they proved that in a duel since Sou thinks their hair is equal. He comments that if Sou accepts defeat, the thousands of years of brawl will be over.

One of the girls thanks Nagara and Mizuho for coming to the camp. The girl also said that it was tough to convince Nozomi but Ms., Aki went somewhere else. Asa went out and tried to vent his anger on an ice hill. He saw the talking cats and tried to talk with them. One of the cats comments that Asa is a poor fellow who always gets angry when disturbed. The second cat whispers that Asa got shot down by Nozomi, and he can’t win her heart. On the other side, Ms. Aki told the students that if they need to change the world, they will need the power of those twins. 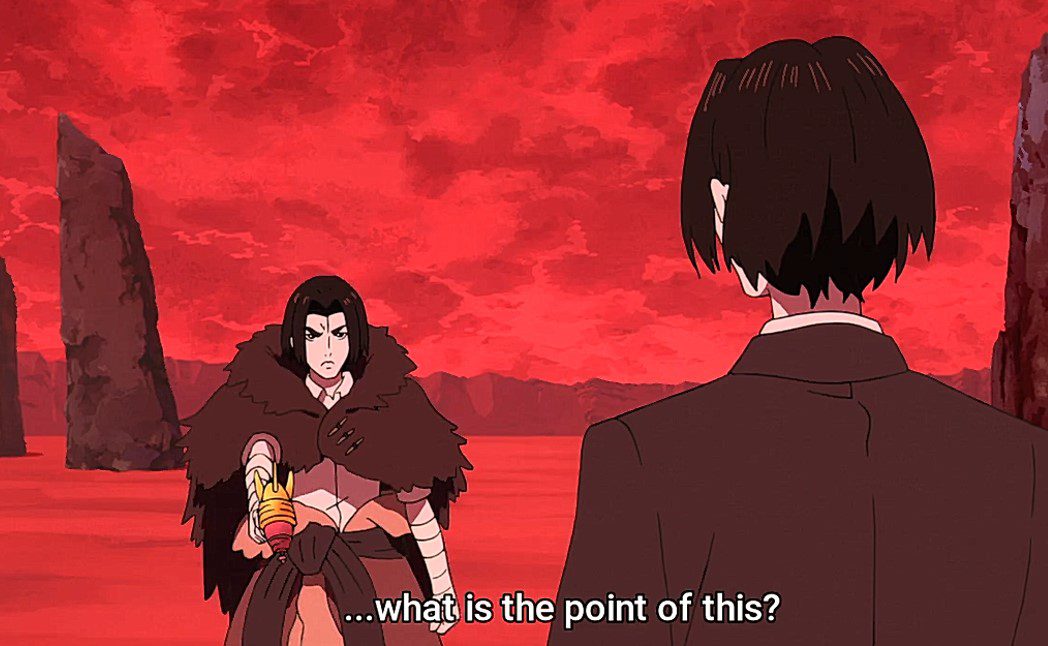 Asa realizes that he has a mission to bring one of the twins to Ms. Aki. In the morning at Seiji’s camp, Ms. Aki arrives and finds that Seiji is training with a student. The guy drops meat from a pocket, and Ms. Aki picks it up. She tastes that meat and asks the guy where he got the tasty meat. The guy replies that Seiji gave it to him. Ms. Aki slapped the guy with a drumstick and told him not to shout while talking to her. Meanwhile, Mizuho is counting the hair of Sou before the next battle.

She is still surprised that those twins are still fighting each other over a single strand of hair. The girls realize that they can stop this meanless battle but taking one hair of the guy who has more. They think that things will get settle if the number of hair is equal. The plan failed, and the twins encountered each other for the final war. Sou won the battle with a single hit, but Mizuho arrives and scolds him for trying to sacrifice cats, and he eliminates himself.

Sonny Boy Episode 10 will be on 17 September 2021, at 12:30 AM. The next two episodes will conclude this anime season. You can look at the Sonny Boy official details and other news below. 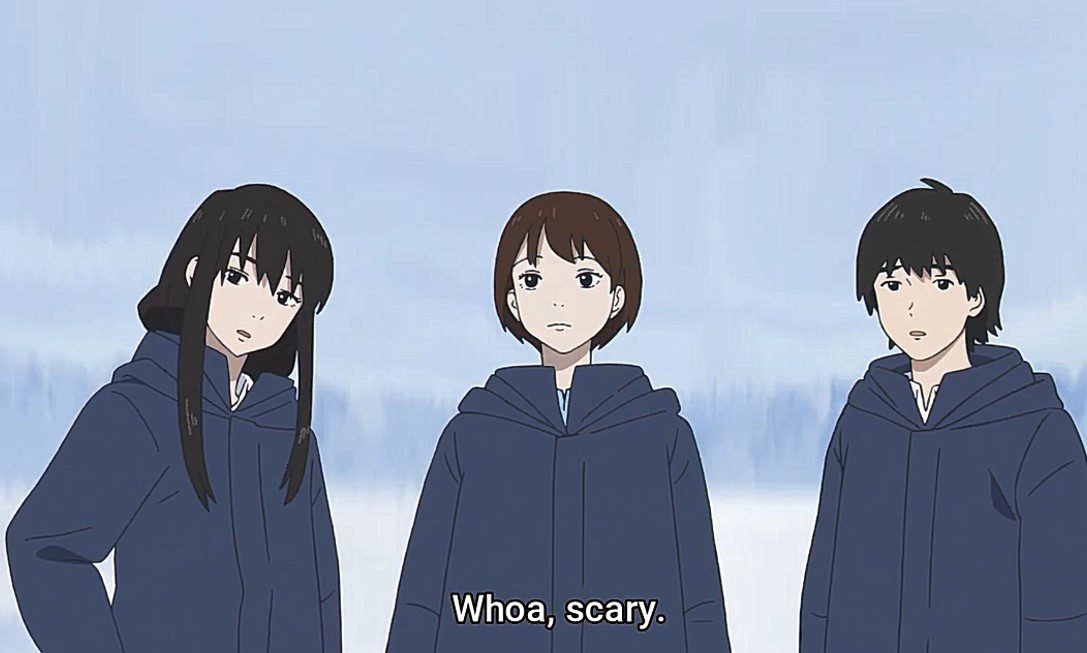 Where To Watch Sonny Boy Episode 10

You can watch Sonny Boy Episode 10 online on Funimation. The next episode of Sonny Boy will be revealing the truth behind the mysterious island. Don’t miss them, and you can learn more about this anime online on its official streaming platforms.