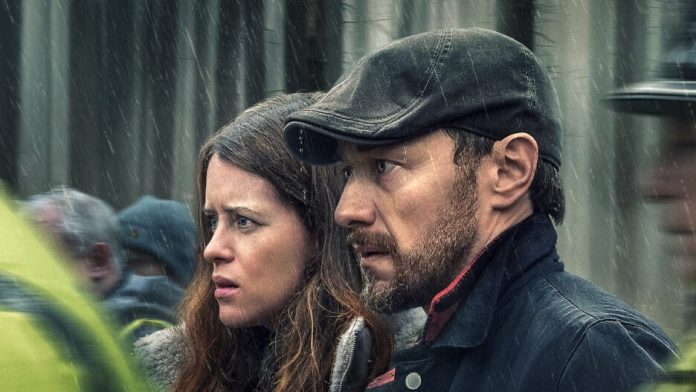 Son is a horror thriller movie released on March 5, 2021. The film is directed by Irish director Ivan Kavanagh. The horror film Son starring Andi Matichak, Emile Hirsch, Sarah Fisher, and Wanetah Walmsley. The director is known for his horror films and the film Son; the storyline follows a basic horror plot, with good visual effects and praiseworthy performance. The story revolves around the eight-year-old boy who discovers that he is suffering from a strange disease. And a woman (his single mother) is willing to go to any end just to save her son. Andy Matichak plays Laura, his mother, and the protagonist of the film.

A mysterious group of people pays a visit to Laura’s house and attempts to kidnap her son, David. Even if they fail in kidnapping, the boy gets seriously ill after their departure and is found to be suffering from sporadic psychosis. The presence of supernatural elements can be felt. The film contains a lot of blood, murders, gore, along with torn bodies. There were scenes where the child is seen eating victims, vomiting blood. The film is filled with a lot of uncomfortable scenes. The scene where the child is seen eating the guts of his neighbor, but surprisingly and unfortunately, his mother lets it slide and wishes him good night. The concept of Laura escaping a religious cult eight years ago and having a possibility of being unstable psychologically.

According to his doctors, there was no exact medical reason behind the child willing to drink the blood of humans. Even they could not understand how one day the boy gets strangely cured.

Impact of the horror film, Son

The film also puts a light on child anxiety and visions of a pregnant woman. Laura gets a lot of nightmares and sees her childhood bedroom and horrific visions. The movie takes a few dramatic turns, but the storyline was not too much surprising. Explicit pictures were showing a picture of men’s genital part on the cover of the Bible and naked pictures of men.

The director successfully created a few intense atmospheres and scary imagery, which are musts in a horror movie. The movie could have more horror aspects and heart-gripping. The thing that receives thumbs up is the relationship between a mother and her son. And how far can a mother go for the sake of her son’s life? It also shows the complexities a single mother has to face.

But unfortunately, Son fails to earns the perfect emotions and sympathy of the audience. The low budget of the film is a big thumbs down. A lot of scenes could be more effective and scary, but it seemed a bit rushed. The plot was low-key predictable, but in a few scenes, there was straight nerve-jangling horror, which shivers your spine, and the rest scenes didn’t vibe along with the climax. The storyline is quite normal and repetitive and seems inspired by the 1976 movie “To the Devil, a Daughter “

Ivan Kavanagh is a multi-award winner director and is well known for his film The Canal. Son also has a similar vibe to the Canal. The film is produced by Rene Bastian, Ben Cornwell, Anne Marie Naughton, Louis Tisné. Son is a low-budget film. The film is 98 minutes long. The music was directed by Aza Hand. And the cinematography was done by Piers McGrail.

The actors, Andi Matichak and Emile Hirsch, played an important role and did a great job. Andi was excellent, and her acting seemed real, and she gave the right amount of emotions to the role. She seemed to have carried most of the film. Emile, along with other supporting actors, deserves praise.

The acting and the effects used in the film were really nice. The sound effects are the most important in a horror film. This film had good sound effects, but probably not the best. A few sounds were loud more than expected. The film got 51% positive feedback. The film was good, but not great. It failed to reach the expectations of good horror all over. It can be a good one-time watch movie. 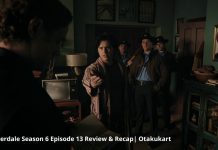 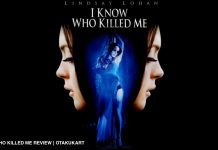 ‘I Know Who Killed Me’ Movie Review: Is It Worth Watching? 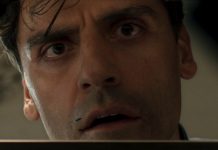 Moon Knight Kicks Off With A Solid First Episode