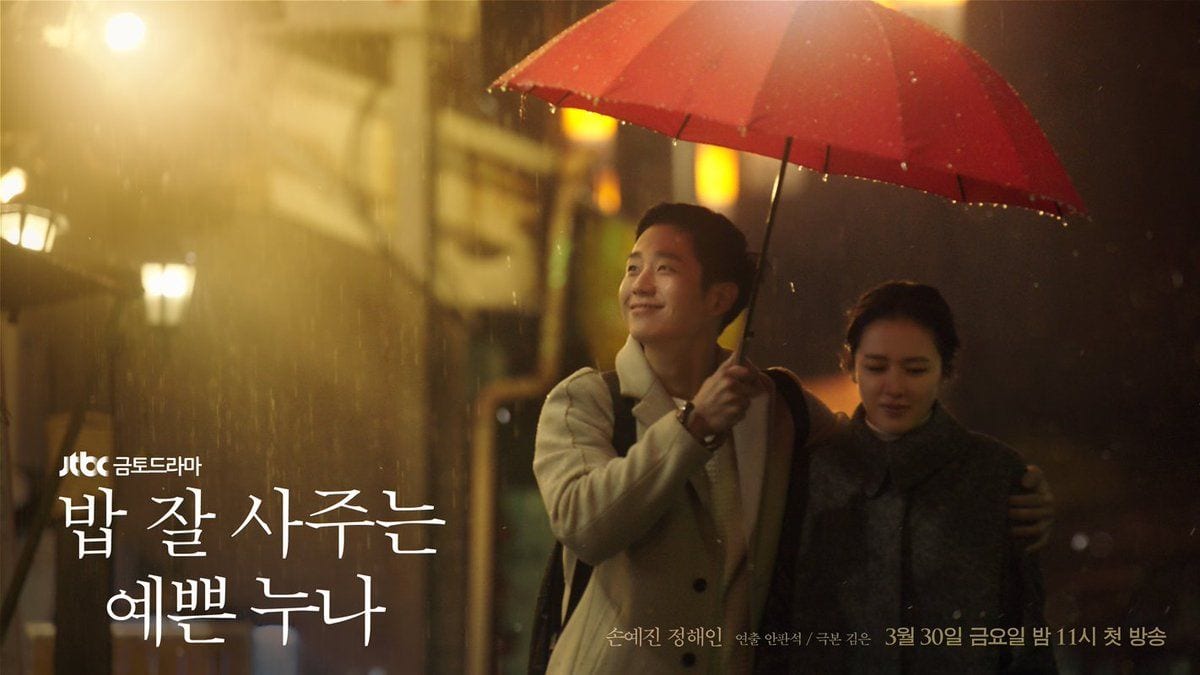 Official Poster for Something In The Rain KDrama (Credit: JTBC)

Something In The Rain is a 2018 series featuring Son Ye-Jin and Jung Hae-in in the leading cast. The series is falling in love despite the age differences and overcoming the difficulties. Furthermore, it also explores some other taboos such as in food, drinking, familial, dating, and career. The other popular name for the show is Bab Jal Sajooneun Yebbeun Noona, Pretty Sister Who Buys Me Food, and Pretty Noona Who Buys Me Food. Let’s see in the article if the Something In The Rain KDrama ending did justification to the whole show or not.

The drama, Something In The Rain saw its release on March 30, 2018, and came to an end on May 19, 2018, with sixteen episodes. It aired on the JTBC original network but is available for international streaming on Netflix. But, the title did do just for the show’s ending as the pair get back together with each other in the rain only. The series is also lovely, with good chemistry between the leading pair. The love tale is emotionally absorbing with sentimental storytelling. However, the second chance for the loving couple got brought as the immediate ending. It does not proceed much further.

Something In The Rain KDrama: Highlights

Something In The Rain KDrama depicts a sweet tale between two characters that have an age gap between them. The age gap is normal between two persons. However, the problem here is that the female character is older than the male character. It showcases the relationship between two people who went to become a real couple after being just normal acquaintance. Son Ye-Jin is playing the role of Yoon Jin-ah, the female protagonist of the series. On the other hand, Jung Hae-In plays the role of Seo Joon-hee, the male hero for the show. Jin-Ah is thirty years old and Joon-Hee 31 years. 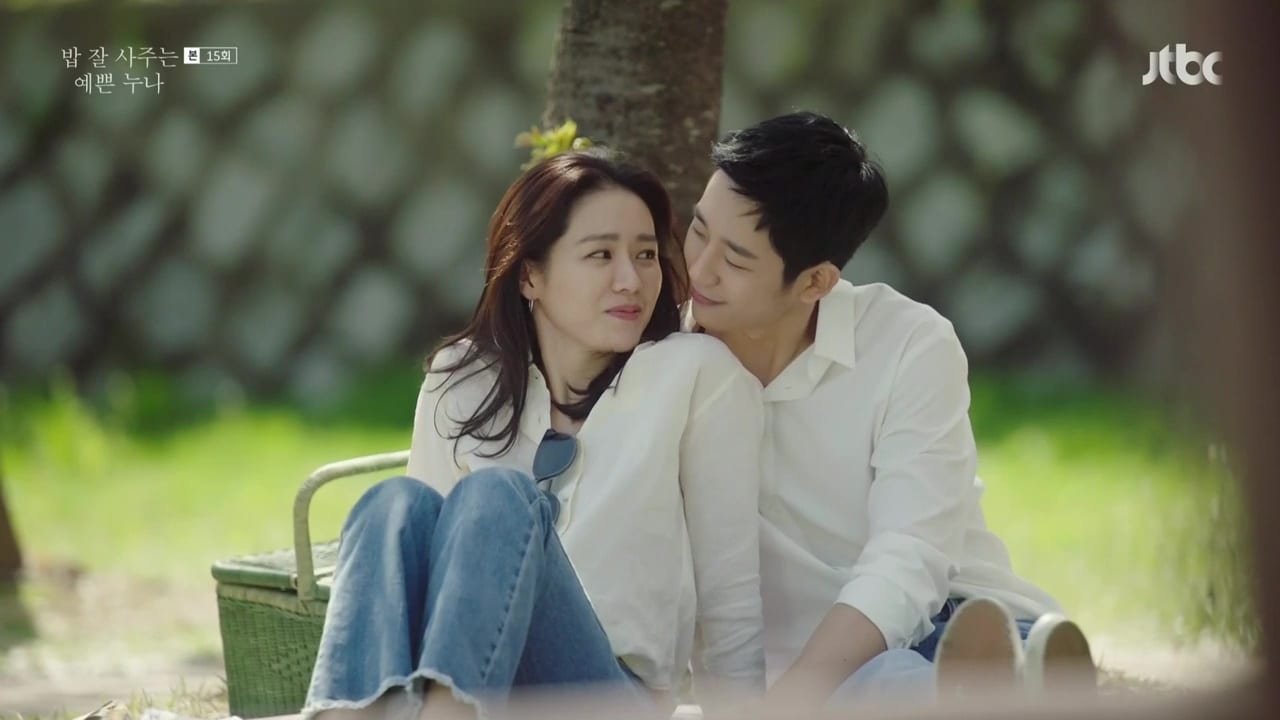 A scene from Something In The Rain KDram featuring Yoon Jin Ah and Seo Joon Hee (Credit: JTBC)

Jin-Ah works as a supervisor of the district for the franchisee of a Coffeehouse. Whereas Joon Hee returns from abroad after staying there for many years. Furthermore, he is a developer for video games. Jin-Ah is the best friend of the sister of Joon Hee since their childhood days. Thus, Joon Hee and Jin-ah get acquainted with each other after he returns from abroad. However, they could connect and gradually develop feelings for each other. Jin-Ah also wanted someone who would not take her for granted and love her as she is. But, the problem arises due to their age gap and how to come out in front of everyone accepting their true feelings.

Something In The Rain KDrama: Ending Explanation

Something In The Rain KDrama ending is a happy one whereby both the leading pair ended up together. In the ending, a time skip also takes place wherein Jin-ah is in her forties but still single. Joon Hee goes to the U.S. but could not talk Jin-Ah to go with them. Finally, the same thing leads to their breakup. However, Jin-Ah and Joon Hee run into each other again after he returns. It opens up their old wounds and feelings. Finally, we see how Jin-Ah resigns from her job and leaves her home. She moves to Jeju. Later on, Joon Hee also there in search of her after realizing that he could not leave without her no matter what.

The ending came to conclude on a good note. However, it was abrupt and vague. Like, the main question is why the couple cannot work in a long-distance relationship if they love each other so much. Why they had to break up in the first place? Furthermore, the ending somewhat shows that Jin-ah is selfish who puts herself before everything. But why she had to leave everything and move to the U.S. with Joon Hee? Just because she loves him.

Moreover, the ending scene reconciling with her mother was too vague. It did not show if her mother will interfere more with her life or not. Joon Hee goes and reconciles with Jin-Ah? But, what about their future? The show depicts more of the present things but fails to show the future of the couple. Even the show’s ending did not do a good job of explaining everything for the whole series. Other than that, the romance between the couple was nice overall.