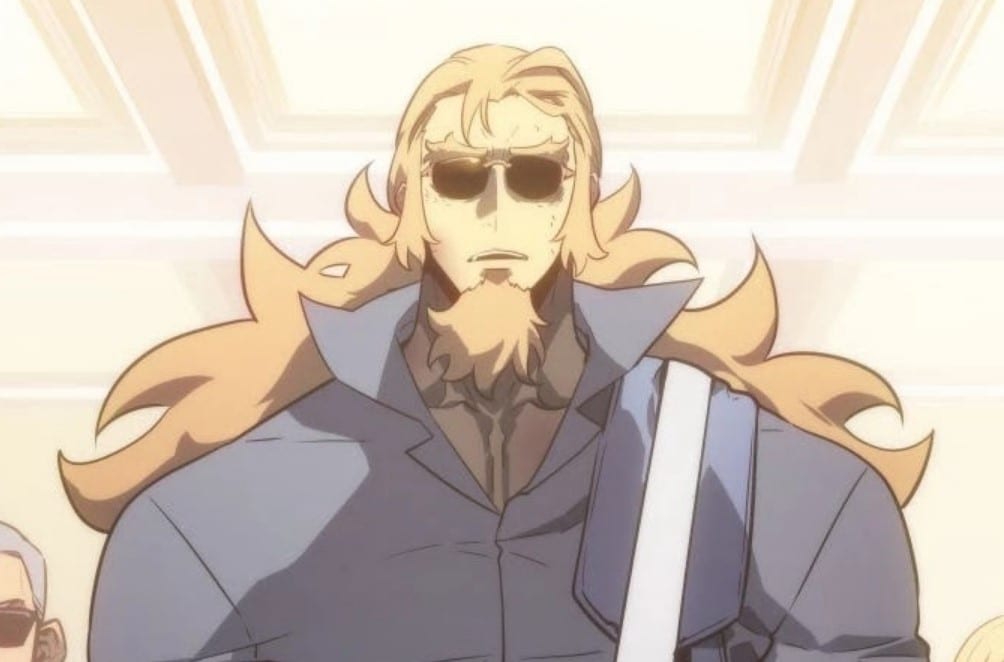 Later, Sung Jinwoo gets into a room where Selner and her bodyguards are waiting for him. She greeted him and told him that it had been a while. Sung was not looking at her, and when he looks at her, he realizes that it is the upgraded Norma Selner. He wonders what Selner wants from him. Sung Jinwoo told her that he was not expecting to meet her, and he never thought she’d have a business with him. Selner reveals that she had a vision where one of the Top Hunter being hunted down by someone.

Selner reveals that the vision she had earlier became a reality a few days ago. Sung Jinwoo wonders if the vision was about Christopher. Selner replies yes, and they warned Mister Reid, but he was too confident that nothing can touch him since he is the National Level Rank Hunter. Sung Jinwoo asks Selner if she knows how things turned out, and Selner reveals that powerful Hunters who have been protecting their work will continue to die.

She reveals that the hunting of the Hunters will no stop, and Sung Jinwoo realizes that he is also a target. He asks her if she is her to warn him like other Hunters. Selner told Sung she didn’t come to warn him, and she has a request for him. Sung Jinwoo signals her to continue talking. Selner reveals that they are here to ask Sung Jinwoo, the S-Rank Hunter, to protect the Hunters. She comments that she has been trying to remember the Hunters’ faces who got Hunted in her area.

But she decided to try something else by confirming their identity using her abilities in her dreams. Sung Jinwoo realizes the time she looked into her eyes; she used her abilities to identify if Sung Jinwoo was in her dreams. Selner reveals that when the endless came into contact with ‘IT,’ she was forced to wake up from her sleep. But she remembers the voice she heard from ‘IT.’ Sung Jinwoo asks her what did ‘IT’ say when she made eye contact with ‘IT.’

Sung thinks that Selner has seen the powers of Shadow Sovereign within him, and it was the same as the Hunters from her dreams. Sung concludes that the Sovereigns must be the ones killing the Hunters. Chief told Sung that they would offer anything Sung wants, even the greatest treasure that Kamishi left behind, the Runestone

. They also told him that he is the only one who has the powers to protect the Hunters. Sung refuses the offer since he is not sure who he is fighting against, and he left them. But he looked back and told SAgent White to give him the list of the Hunters he needs to protect. Later, Sung Jinwoo met with Thomas, who has just been discharged from the hospital, and they talked about his arm. Thomas told Sung that he would have a meal with him when his arm heals. 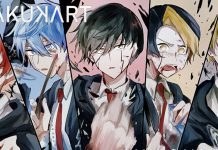 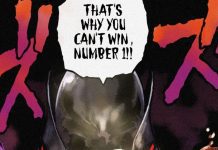