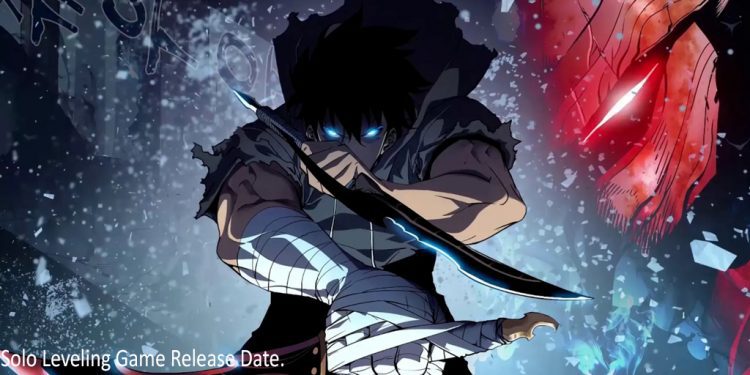 When is the Solo Leveling game releasing? Just as the news came that the critically loved manhwa was getting a game, this was the first question the fans started asking everywhere from social media to the worldwide web. The news came in Early 2021. The game developing giant Netmarble is making a Solo Leveling game. To know more about the game, scroll through the article to find out.

Solo Leveling is a web novel, later adapted into Manhwa or Webtoon, written by Chugong. It originally, as a web novel, ran from 2016 to 2019. The web novel has over 2.4 million readers on Kakao Page. It has 13 volumes and a side story. In March 2018, Solo Leveling manhwa’s serialization started. The first season concluded in March 2020 and, the second season started in August 2020 and concluded in December 2021. CEO of Redice Studio named Jung-Sung-Rak, known by fans as Dubu, illustrated the manhwa. D&C Media owns the Solo Leveling IP. Tappytown and Webtoon digitally publish the English-translated manhwa and, Yen Press publishes the English-translated Manhwa in North America. The manhwa accumulated over one million readers in Kakao Japan upon its launch.

What is Solo Leveling?

If you do not know Solo Leveling, you are missing a great story. This great web novel has come with a fantastic manhwa adaptation. Solo Leveling, also known as Only I Level Up, is a South Korean web novel. Chugong is the original author of the web novel. Jung-Sunk-Rak illustrated the manhwa for the solo leveling from 2018 to 2021.

Also Read: King of Fighters XV: When Is The Release Date For This Fighting Game?

The world of Solo Leveling has hunters and gates. Hunters are exceptional humans who have magical abilities. All the hunters have ranks, with E the lowest and S the highest. The hunters have to enter the dungeons whenever they need to keep humankind safe from the monsters within. The Dungeons or Gates contain deadly monsters and exceptional resources found only tjr.

The story revolves around Sung Jinwoo, infamously known as the weakest hunter alive, who has always seen close to death. One day, he enters a dungeon with a group that is, unbeknownst to them, a special class. Sung Jinwoo and the group are in a dire situation where they cannot get out of a room. There are several tests in the room which the party struggles to survive and, the end test is a sacrifice. Sung Jinwoo sacrifices himself so that the remaining people of the party can survive. But just before his sacrifice, a program called the System chooses him as its sole player. This System allows him to level up in strength, skills, etc. It is one of a kind ability and, one can level up beyond any known limits.

We then follow Sung Jinwoo on his adventures where he fights through the dungeon to level up and, at the same time, uncover the mystery behind his System and the truth behind the appearance of the dungeons. The story later transcends to the universe, where Jung Sinwoo learns the nastiness of the universe.

Also Read: PlayStation 5 UK Restock: Will 2022 Be A Better Year To Buy It?

When will the fan-favorite manhwa Solo Leveling’s game release? There is no confirmed release date for this game yet. In early 2021, there was an announcement for a game in development for the Solo Leveling. The studio developing the game is Korean video game giant, Netmarble Corporations. Netmarble is known for many famous games like Dragon Ball Online, Star Wars: Force Arena, etc.

Since the game’s announcement for the development, no other details are out to the public at this point in time. The release date is one of them. The fans should not expect the game to release anytime soon, considering the manhwa reached the ending on 29 December 2021. The original author may be involved in the game’s production. The plot for the game is also unknown to the general public at this point.

We will update you all once the developers have made any further announcements.

Hermitcraft Season 9: What is the Big Moon Mayhem?