After Ha Ru finds out that Gwang Nam is his father he is heartbroken. However, he does not have any other choice but to break off his marriage with So Ri as she is his sister. 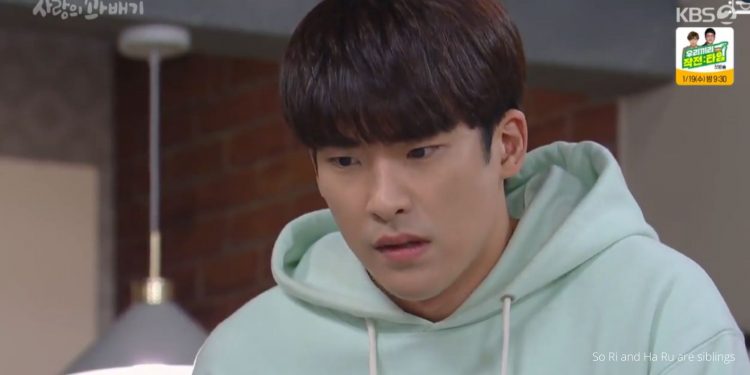 So Ri and Ha Ru are siblings

Ok Hee tells Ha Ru that Gwang Nam is his father. Even though he trusts her very much, he cannot believe this. So, he decides to go to Hee Ok in the middle of the night to ask her about his biological father. Even she lies to him and tells him that Gwang Nam is his father. In ‘Love twist’ Episode 25, So Ri will find out that she is Ha Ru’s sister, and this will make her take drastic steps.

Another revelation in ‘Love Twist’ Episode 25 will be about Gwang Nam’s affair. Till now, So Ri’s grandparents were unaware of their son’s affair. When they ask Ok Hee to explain her actions, she tells them about Gwang Nam’s affair with Hee Ok. Also, Kyung Joon and Do Hee both find out the truth about each other’s financial status and decide to break off the engagement.

Till now, we have seen that Hee Ok makes fake DNA test results to convince Park Ki Tae that he is not Ha Ru’s father. She did not want this to be discovered by anyone else. However, when Ok Hee visits her at her place, she reads the results. It mentions that Gwang Nam is Ha Ru’s father. After this, she thrashes Hee Ok’s place and curses her. Even then, Hee Ok does not tell her the truth. This leads to Ok Hee believing a lie, and she asks Gwang Nam for a divorce. Later, when she is out drinking, she realizes the seriousness of the situation and drags So Ri back home.

Also, to prevent So Ri and Ha Ru’s marriage, Ok Hee tells him who his father is. When Ha Ru finds out that Gwang Nam is his father, he is disgusted. As Ok Hee is having this conversation with Ha Ru, Kyung Joon is standing outside listening to everything. She knows this and tells him to keep it a secret. So Ri’s grandparents are furious with Ok Hee as she has been harsh with So Ri. They ask her to explain her actions, but she refuses to talk to them.

Ha Ru visits his mother in the middle of the night. He is so desperate to find out the truth that he keeps asking her about his biological father. When he sees the DNA test results, he cannot believe his eyes. After bawling like a baby in front of Hee Ok, Ha Ru asks her why didn’t she just abort him. Instead of sympathizing with him, Hee Ok coldly replies that she didn’t want to give birth to him.

Even though Ok Hee is straight with Ha Ru, he cannot accept the fact that So Ri is his sister. Later at home, Gwang Nam tries to tell Ok Hee the truth, but she does not believe him. She is fixed on her belief that Ha Ru is his son. She tells him that So Ri and Ha Ru were going to register their marriage, and that is why she dragged So Ri back home. In ‘Love Twist’ Episode 25, So Ri might find out about Ha Ru’s father. Looking at Ok Hee’s distrust in him, Gwang Nam agrees to divorce her.

The ‘Love Twist’ Episode 25 release date is 14th January 2021. In the upcoming episode, So Ri’s grandmother asks Do Hee to give So Ri and IV as she is not eating anything. This gives So Ri a chance to change into Do Hee’s clothes and escape her house. She promises to be back in two hours, but Do Hee is still nervous. Later, when Do Hee comes down for lunch, she sees Kyung Joon sitting in front of her at the table. After this, Ok Hee finds out that So Ri has run away again. Finally, she decides to tell So Ri’s grandparents about Gwang Nam’s affair.

Where To Watch ‘Love Twist’ Episode 25?

Also Read: Joonhyuk Sneaks In To Meet Jihoo In Episode 12 of ‘Uncle’

In Which Episode Does Gojo Fight Jogo?

Is Raven Bowens Pregnant? Everything To Know About the Pregnancy Rumours