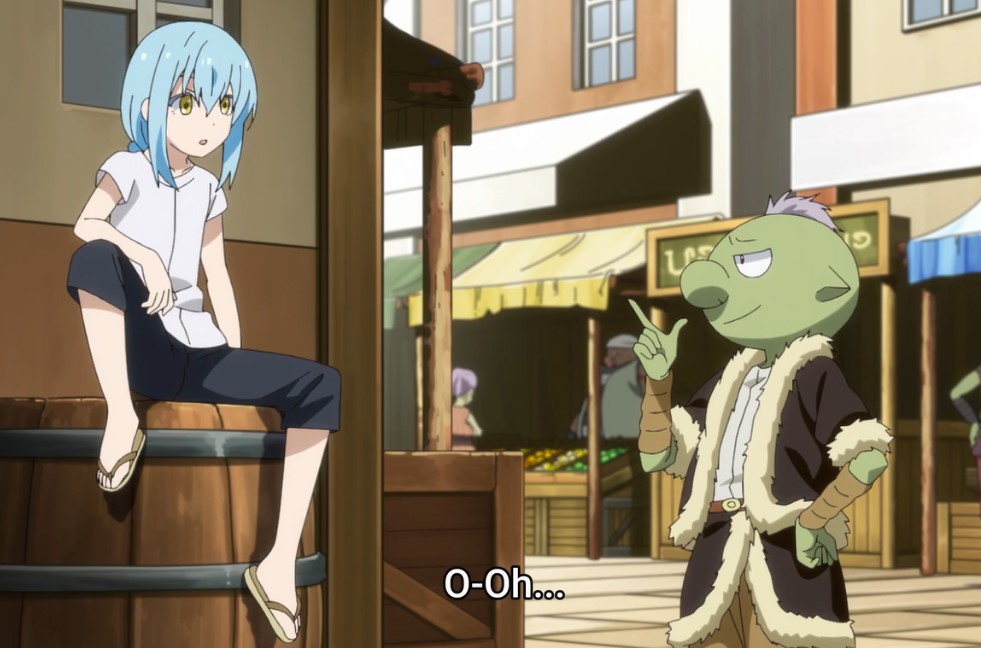 The battle with the Orc Lord ended a few years ago. Rimuru and his monster nation have been busy at the Tempest. In the morning, Rimuru asks Shion and Rigurd about his schedule. Shion reveals that there are no urgent items or matter that Rimuru can attend to. Rigurd advises Rimuru to rest and relax since it is his free day. Rimuru realizes that he has been working hard and decided to take a day off. But it became a boring day for him since he was relaxing in his room.

Rimuru got out of his room and met with Shion talking about cooking with Rigurd. He asks them if he can help with something. They told him there is nothing he can do, and he heads to meet with Gobta. Gobta told Rimuru that he would give him a great tour he has never experienced in life. They both enjoy walking around the village eating different food. Gobta said the most exciting part of their tour would begin when they reach a place where there are beautiful ladies.

On the way, Gobta saw captain Rigur and master Hakuro. He realizes that he has done something wrong, and they are looking for him. He hides with Rimuru so that they can continue their tour to the beautiful land of beautiful ladies. Rimuru wonders what has Gobta done that makes him hide when he sees Hakuru and Rigur. Rigur and Hakuro think that they have seen Gobta.

They wonder if they have just imagined it since all the goblins are green around them. Gobta told Rimuru that enjoying a day is tough. Rimuru replies that Gobta must have done something that made the two angry. Meanwhile, Shuna visits Benimaru, asking if he is taking a day off. Benimaru replies that he is not, and he still needs to discipline his mind and body and care for his weapon. He also comments that it is a peaceful day to polish the sword that protects them.

Benimaru vows that he will protect everyone inside the Tempest Nation. Shuna realizes that she wants Benimaru to help her. She decided to trick him into helping her. She acted like she is massing him and Benimaru falls for that. Shuna pushed him out and told him that she wants clean, and he can stay outside doing other chores. Benumaru can’t believe that Shuna has tricked him. Later Rimuru met with Geld, who wants him to scold him about something wrong he has done. 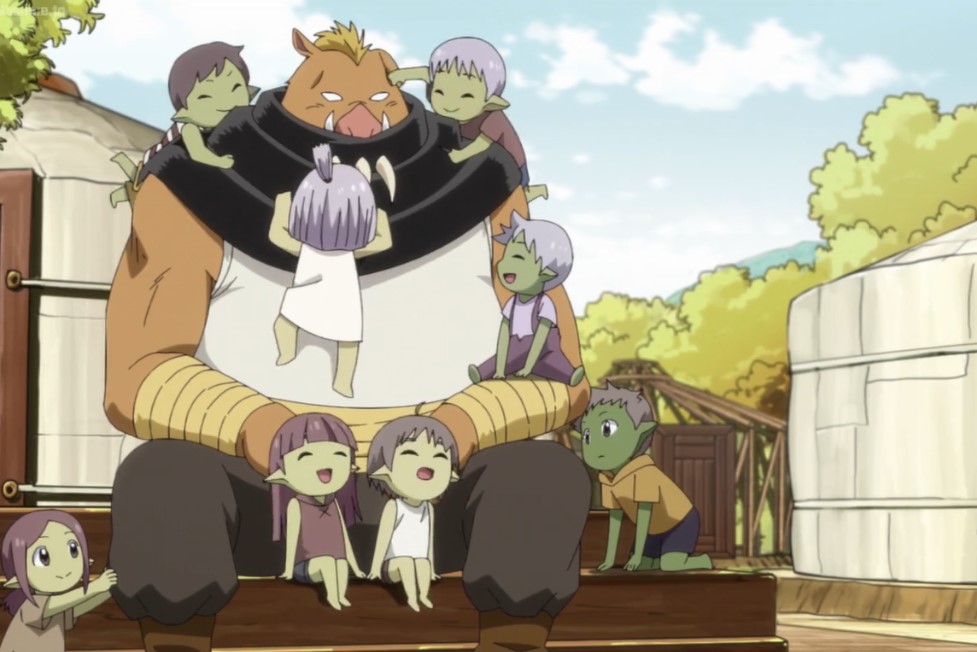 Rimuru told Geld that he is no mood to scold anyone since he had been drinking too much. Geld told Rimuru that he wants to keep on working even if it is a day off. His hands are used to working, and the hands feel lonely if they are not doing any work. The Goblins kids arrive, and Rimuru realizes that they can keep Geld busy. He winks at them, and they started to play with Geld. Rimuru wants everyone to enjoy their day without working. Geld realizes that he has no choice but to attend to those kids.

Rimuru headed to his office and found out that Shuna is cleaning. He keeps on teasing her when she is not looking at her. He tried to make funny faces and copy what she is doing. When Shuna looks behind, Rimuru pretends like he is not doing anything. Shuna calls him Great Rimuru, and he comments that it is his secret fun. Ririna arrives, and Rimuru wonders where she has been.

She told Rimuru that they are going to prepare for fieldwork. Rimuru gets excited since he was not doing anything ad it was boring for him. Rimuru summons everyone, and they both heard to the field and started plowing. They are planting vegetable and fruit trees for the Tempest Nation. Evey Tempest mosnter had fun, and in the evening, they enjoy celebrating what they have been doing for the whole day. They eat different food, and the adults enjoy drinking with Rimuru.

Slime Diaries Episode 3 will air on Tuesday, 20 April 2021, at 11:00 PM JST. You can officially watch Slime Diaries online on Crunchyroll. Please watch the video understand what Slime Diaries is all about below.