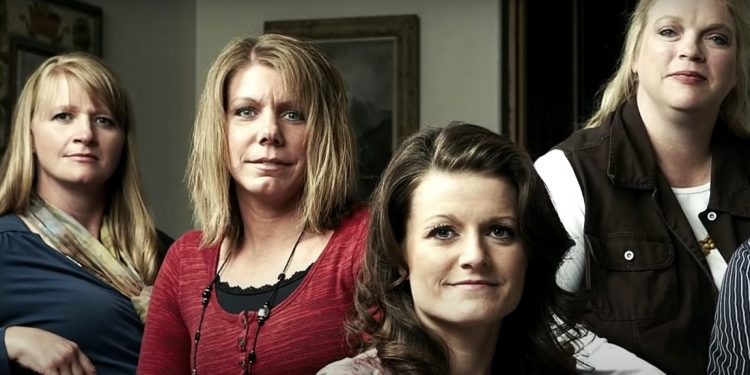 Sister Wives Season 16 Episode 7 will get more and more dramatic after the latest episode. Firstly, we got to see how Kody carefully bends the rules for COVID to satisfy his whims. Secondly, we also got to see how his wives are getting pretty fed up with the man. After all, he forced them to move to a different location, placed upon them a set of draconian rules, barely spent time with them. And on top of that, they have to deal with the pandemic.

With visitors incoming and Ysabel recovering from back surgery to correct her scoliosis, all the drama falls upon Kody. The man simply is too full of himself. And if you follow the show, you know that after sixteen seasons, four marriages, and a separation, things are bound to have a breaking point. Will this be it? In any case, here’s our scoop of this week just for you.

Sister Wives Season 16 Episode 7 will release on January 2, 2022, on TLC at 22:00 Eastern Time, United States. Firstly, every new episode drops on Sundays. Secondly, every episode lasts about an hour’s run time. Thirdly, this episode will include a lot of fallout from Christine’s revelations from her resentment of Kody’s latest behavior.

Where to Watch Sister Wives?

To see the wonders and tribulations of polygamy marriage, simply tune in to TLC on Sundays at the aforementioned hour. If you missed it, don’t worry! Using your cable credentials, you can watch it whenever you want on the TLC website or app. The show is also available in live stream format on platforms such as Xfinity, Spectrum, Sling, DirecTV, Dish, Philo TV, and Fubo TV. Google Play, iTunes, Amazon Instant Video, and Vudu are all places where you can get the show.

Finally, the TLC network is part of the Discovery+ streaming service, which was recently launched. If you’re not familiar with Discovery+, it’s a platform that gives you access to content from both Discovery Channel and other sources. It costs $5 per month and gives you access to A&E, History Channel, Food Network, HG TV, Animal Planet, Discovery, OWN, Dodo, and Science Network, among other channels.

Ysabel had her scoliosis surgery last week on Sister Wives. Unfortunately, Kody was not present, but she asked for him as soon as she awoke. She forgot she was repeatedly asking for him due to the anesthesia. Despite the difficulties, Christine did her best to make Ysabel feel good about herself. Meri was also going through some difficulties. She realized she was alone and yearned for her family, particularly Robyn’s two youngest children. Meri also wished that she and Kody could reach a more reasonable and communicative agreement.

Garrison has enough money to buy a house but not enough for a down payment, according to Janelle. Because he is working during a pandemic, Kody is desperate for him to move out. Janelle reveals that she will always prioritize her children over a husband. With the exception of Robyn’s family, he feels he is no longer the head of the household. Christine was exhausted from caring for Ysabel when she returned home. Janelle offered to assist, but the quarantine was still in effect. Is it possible for the family to improve? Robyn’s life will be difficult now that she has an unknown nanny in the house.

Also Read: Homeland Season 9: Can We Expect A Renewal?

COVID and Moving is a Bad Combo

The family was put under a lot of strain when they moved to Flagstaff. When you add COVID to the mix, it’s a recipe for disaster. Every conversation revolved around the pandemic due to the breakdown in communication. Despite the fact that Kody is the main one who rotates from home to home, the situation remains highly divisive. Despite the fact that there are rules, it appears that no one can do anything correctly. If Janelle travels or her children work, the entire family suffers. Kody refuses to invest and remains absent.

Ysabel is in excruciating pain as she recovers from her surgery. She and Christine are both troubled by the fact that Kody is not present. Even the doctors were taken aback. Kody is hoping that his daughter will not hold grudges against him for the rest of her life. He tells Christine that she should go back to isolating herself and not invite anyone over. People want to talk to them if they go out, she reminds him. They can’t stay locked up forever, and their family wants to see them.

When Kody visited, he would eat dinner but spend the majority of his time on his phone. After that, he’d go to bed and wake up before the girls. Christine believes it would be preferable if he stayed with them for several days. He goes on to say that she was essentially on vacation in New Jersey. She was in the hospital with Ysabel, who was undergoing major and much-needed surgery. He also mentions Truely’s kidney failure when he was a toddler. Christine has the impression that he is acting as if she is misbehaving. It’s like getting slapped in the face.

Although the wives wear masks in public and are safe, Robyn does not visit the other wives and vice versa. Robyn, according to Kody, is the one who puts in the most effort. She appears to be most dedicated to family values. The nanny is then introduced. Robyn has had a nanny for years, but it was her niece who looked after her in Vegas. She has a new boyfriend now. Kody refers to her as an “employee,” and she assists with schooling the children while her husband goes shopping. Christine is curious as to how the nanny and her husband gain access to the house.