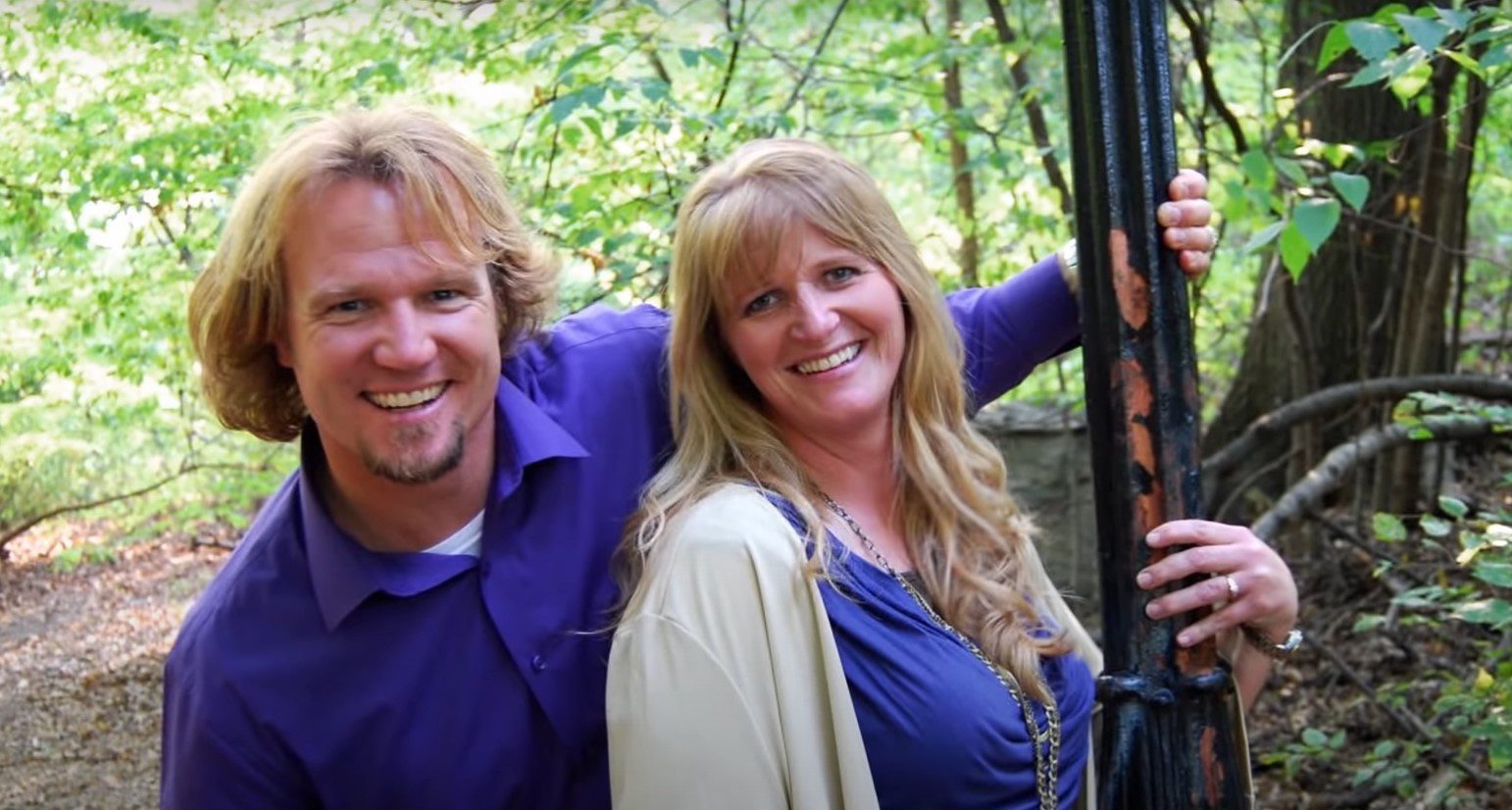 TLC’s polygamy glorifying reality show comes back with a new season packed full of wives and a single husband. The concept behind this controversial show is rather simple, albeit complex, for those who defend the institution of marriage. It’s about a man who has a marriage with four women. Between the four, this man Kody Brown has eighteen children. With a no holds barred approach on their lifestyle TLC portrays their lives and woes. And in case you don’t know the show, this is Sister Wives season 16 episode 2.

The show is oftentimes funny, oftentimes ridiculous, and frankly controversial. Just in the United States, it constantly receives backlash from conservative viewers. Moreover, the dynamics of the relationships in the marriage are not male-oriented. They are matriarchal in their nature. As we often see the women playing out each other for dominance in the very big household, they have to share among each other. Regardless of the criticism, the show goes on. And without any further ado, let’s begin covering this program here at Otakukart.

Sister Wives Season 16 Episode 2 will release on November 28, 2021, at 10:00 PM, Eastern Time, United States, on TLC; it’s titled “Four Wives, Three Fires”. Firstly, this series will continue to follow Kody Brown and Janelle, Robyn, Christine, and Meri, along with their 18 kids. While the show had a few COVID-19 setbacks in the previous year —as all productions did—, the program is now back with full steams ahead. What’s happening with Christine and Kody? We’re about to find out!

The series will pick up right up from where they left off in season 15. With Christine —49 years old— dropping a major bomb on the relationship status, as she claims that she wants to break up the relationship with 52-year-old polygamist Kody Brown. The premiere was quite intense, and we prepared an in-depth recap just for you further down this article. What you should know about this chapter is that it comes from filming about a month after the couple made it public that they were separating after 25 years as partners.

Where to watch Sister Wives?

If you wish to watch Sister Wives Season 16 Episode 2, simply tune in to the TLC network at the airtime on Sundays. Additionally, you can watch this program on the TLC website with your cable credentials or a subscription.  Moreover, you can watch the show on live stream on Xfinity, Fubo TV, Philo TV, Spectrum, DirecTV, Dish, and Sling. Furthermore, the program is also available for purchase on Amazon Instant Video, Google Play, Vudu, and iTunes since season one, in case you want to review the previous facts or just want to catch up.

Lastly, TLC is completely bundled in Discovery+, a novel streaming platform owned by Discovery Inc. that promotes content from the Discovery brands as well as complementary acquired content that launched on March 2020. An essential subscription goes for US$ 4,99 a month gets you more than 55.000 episodes of more than 2.000 programs all over the world, current and previous from networks like the Discovery Channel, Animal Planet, the Food Network, TLC, HG TV, A&E, History Channel, OWN, Lifetime, Science Network and The Dodo. In the next section, we share with you a recap of the Season 16 debut.

Christine wanted to return to Utah. Her family is present. She is aware that polygamy has indeed been legalized in that country, and she wants to return. It seemed like home to her. However, no one else was on board. The others did not want to return to Utah. They didn’t want to leave Flagstaff, Arizona. It also doesn’t help that the epidemic has caused rifts, which aren’t likely to repair overnight. Kody is a one-man show. He was instructed to socially isolate himself, and his plan was to remain in one location. He didn’t see his other wife or children as often as he used to, which caused friction. When they finally met, Christine expressed her worries, which were rejected. She also received no help from her husband.

Kody wasn’t bothered by the prospect of returning to Utah. But since he didn’t speak out when Christine genuinely needed him to be there for her, he afterward sought to mend it. Kody canvassed the spouses’ opinions on a possible relocation to Utah. He began by speaking with Janelle. Janell was adamantly opposed to the thought of relocating. She had already had a difficult time relocating her children to Arizona, and she didn’t want to go through it again.

Christine versus Janelle: Who will win?

She was content in their present location. She even began her own garden. Janelle has always been interested in gardening and was able to grow veggies and spinach. She had an apple tree as well. Janelle felt content with her current situation. Christine, on the other hand, did not want that to alter. Christine never imagined they’d start constructing houses in Arizona. That is why she wants to return to Utah. Utah, at the very least, housed relatives, and they wouldn’t be so far away.

Kody and Christine’s relationship is suffering as a result of the family’s unwillingness to relocate. His marriage with Janelle is also in trouble since he’s observed his children with her have been depressed and gloomy, and he suspects they’ve overheard her disparage him. Kody and Robyn’s marriage is on the verge of disintegration because Robyn believes she doesn’t see him enough. She also adds how difficult social distancing is at this period since no one in the family is actually conversing. However, Kody and Meri’s marriage was effectively finished. He somewhat told her so last season, and he now seldom comes over to her place. As a result, Kody abandoned Meri to care for herself.

They didn’t have a true marriage. Meri was staying out of loyalty rather than affection at this time, and Kody had finally gotten around to questioning her about the relocation to Utah. He is already aware of Christine’s feelings. He then communicated with Janelle. Her vote was to remain. He, too, wants to remain. Kody then asked Robyn, who voted to remain as well. Robyn isn’t in the mood to keep going. She wants for the families to settle in one location and establish roots. She was exhausted by all of the upheavals.

Kody considered relocating, and the only place he’d consider is where Robyn’s parents reside. No one says it aloud, but Robyn was Kody’s favorite wife, and his issues with her meant that the epidemic had been especially terrible for poly families. Robyn, on the other hand, didn’t want to relocate again. Kody did what he should have done more than a year ago because she wanted to remain. He had a surveyor come in. He and his wife had a meeting with the surveyor. They spoke about property boundaries, and his wife learned for the first time that Kody wanted to purchase a home.

Kody normally merely wanders between the four residences, but he now wants his own. He initially wanted one enormous residence for the whole family, but his family declined. They didn’t want to be confined to one location. They didn’t want to see how Kody got along with everyone else up close, so they dismissed the idea. Only now does Kody want to reschedule where they’ll all live? When the women initially purchased the property, they chose plots. They assumed those lots would be theirs, but Kody has changed his mind. He wants to maintain the pond and the surrounding area to himself.

He said that everyone would want to visit the pond, which is why it should be on his land so that they could view it anytime they wanted. However, there were other modifications. Kody wanted to split a plot of property in such a manner that Janelle would have access to water for her garden and Meri would have access to forests. The wives were perplexed by Kody’s decision to divide the property line. They expected another cul-de-sac, but that is not what they received. Instead, they were going to be very far apart, which would make things worse rather than better. With this, we conclude our coverage of Sister Wives episode 2 of season 16 here at Otakukart. Thank you for reading our article, and please keep coming back to our website for daily updates on your favorite reality shows, animes, movies, and series.

Aadar Jain Girlfriend: Who Is The Indian Actor And Businessman Dating in 2021?

El Chapo Net Worth: How Much The Mexican Drug Kingpin Earned?