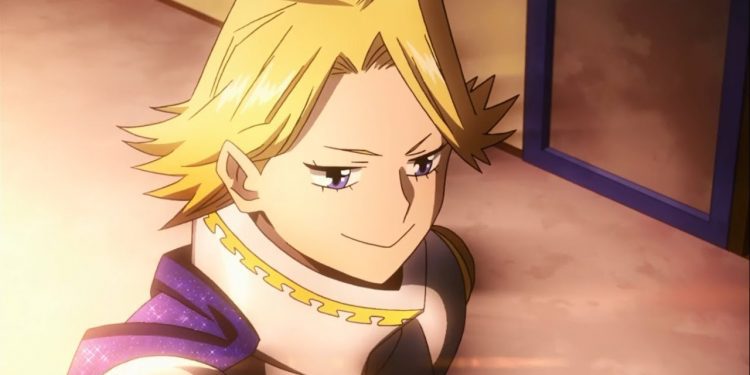 Signs that proved Yuga Aoyama was the traitor

The manga of My Hero Academia has been in the highlight for all anime-manga fans for quite some time due to the events happening in it lately. The events have been centering some suspicious events, and there was a continuous mention of a traitor. But it was not too long when MHA manga has finally revealed the traitor. Initially, it was misunderstood by invisible girl Toru Hagakure, but later, Yuga Aoyama came up as the real traitor. But no one ever thought in the wildest dream about Yuga being the original traitor. Fans all over the world broke out with numerous theories and reasons as to why Yuga chose to betray the U.A High. Also, herein, we have brought you signs that proved Aoyama was the traitor.

The character we are talking about here belongs to the series My Hero Academia, also known as Boku no Hero Academia. It will be unfair if we directly start talking about the main topic without giving regard to the author and the wonderful series to which all this belongs. The manga series Boku no Hero Academia is written by Kohei Horikoshi, which became one of the top-selling mangas. An adaption of the series produced by Bones Studio dropped out its first episode on 3rd April 2016. Both manga and anime series are ongoing and are currently rated on the Top 5 ongoing manga and anime series. This series deserves this fame thanks to the author for creating such an engaging masterpiece.

Signs That proved Aoyama was the traitor

Coming back to the main topic, till now, we are aware that the traitor in MHA is none other than Yuga Aoyama. The main reason why he plotted against U.A High is that him being extremely insecure about his quirk and wanted to be just like everyone else. Initially, Horikoshi teased the readers about Invisible Girl being the traitor, but Yuga was more relatable as his actions were getting suspicious day by day. Aoyama, who was born quirkless, made him more relatable to Deku in that way and made the readers digest the fact of him being the traitor. From the very beginning, Yuga has been full of himself and always flexed his Navel Beam Quirk. It was also revealed that he received his quirk was from the villain All for One and used everything to cover up his lies.

The most shocking of all was that his own parents were involved with All for One. Having a son who is quirkless will not stand in the competitive society, so he decided to get that quirk from a Villan. When all the attention was put on Invisible Girl, some smart readers managed to job back to the previous chapter and collect some signs left by Horikoshi. When analyzed deeply, these signs eventually made us comfortable for Yuga being the traitor. Let’s see what were the signs that were ignored by many of us, which proved Aoyama to be the traitor.

The first thing we noticed off about Yuga is that he started stalking Deku in a creepy manner. Yuga showed a very obsessed nature towards Deku as he eventually started to stalk him. We also witnessed Yuga keeping an eye on Deku while Deku was sleeping. But Yuga didn’t hide it for long and, at last, admitted it by justifying his action as a result of kinship. As both Deku and Yuga possessed the quirks that harmed them, he felt a connection with Deku hence started stalking him. It was in chapter 167 when Yuga showed up at Deku’s window at night and left a message with cheese crumbs. However, we all know that it was only a half-truth. Both of them having a borrowed quirk is the thing that made them similar.

2. Yuga’s meeting with Dabi was Suspicious

During the Vanguard Action Squad’s attack on the training camp, Yuga had the most suspicious encounter with Dabi in the forest. He was hiding being a bush from the villains, questioning himself about the disappearance of Mustard’s Gas, but the question is how does he have prior knowledge about Mustard’s involvement. In the same incident, it was also seen that Dabi was aware of someone hiding there because their eyes met, and he stated it in a mental conversation. As Dabi was taking steps towards him to check, he changed his mind when interrupted by Twice. This can be related to Dabi’s uninterested attitude towards a student, but now we can relate everything.

3. His main focus was not to become a Hero

It is clearly evident that Yuga doesn’t possess any seriousness towards his studies and becoming a hero. This is a major breakthrough that gave us a hint of him being a traitor. During the Provision Hero License Exam, where every other student was focused on passing the exam, he was the only one who wanted to sacrifice it. He acted to care about his classmates and gave them more importance than becoming a hero. This can be related to him not being able to concentrate as he was busy being a spy for Shigaraki. The same goes with his emotions, as he didn’t open with his classmates for a long him until he met Midoriya. Even with him, he took an overly awkward way to make contact with him that makes him effortlessly suspicious.

4. Aoyama being against rescuing Bakugo

The most shocking yet revealing thing he did was being against the plan to reduce Bakugou. But he was not alone in this. Along with him, other classmates were also against this plan. All of them were against this because of safety reasons. Yuga has his own personal reasons that were revealed later. As Midoriya, Todoroki, Kirishima, Iida, and Yaoyorozu left to rescue Bakugou, Aoyama was not able to report this to the villains because him being unaware of it. Even though, Bakugo’s rescue didn’t go smoothly as expected because of students being a liability during the whole rescue plan.

5. Absence during the USJ incident

We all know how Aoyama likes to flex his quirk, which is not even his own. Then how can he miss the chance to show up during the USJ incident when the villains showed up for the first time. The League of Villians made their first appearance at USJ. There Tomura Shigaraki managed to get pass through the security of U.A. High. Their main motive was to kill All Might. During this, the students of class 1-A were scattered. At that time, Izuku, along with his companions Minoru Mineta and Tsuyu Asui, took a look at screentime confronting the villains. Whereas, Tokoyami, Momo, Bakugo, and Todoroki also did a considerable amount of job. In the case of Yuga, his whereabouts were not revealed, nor he appears on the screen for once.

6. Aoyama was the only one to see Midoriya awaken BlackWhip

The night when Midoriya awakened his Blackwhip in sleep, it was only Aoyama who witnessed all of this. Aoyama has his room just under Midoriya, and when Midoriya awakened his Blackwhip, he was staggered by the abrupting noise. As a reaction to his, he came up to examine the place and witnessed Midoriya’s glowing hands and room all destroyed. He might not have understood the incident, but he had passed this information to AFO or Dr. Garaki. Later, we witnessed a coincident in Gigantomachia’s awakening and Shigaraki’s development by Dr. Garaki.

7. Aoyama being absent during Midoriya’s Retrieval

Just like USJ Incident, Aoyama was also absent during Midoriya’s retrieval during Tartarus Escapees Arc. Aoyama was totally out about the raids as mountain villa and hospital, resulting in him not being able to inform the Villans. Another thing, that when Class 1 – A was out to retrieve Midoriya, he was nowhere to be found. This supported our suspicion of him because of the rapport he made with Midoriya. According to it, he has to be more active during this incident and even should have stayed on the front foot. This made Hagakure’s suspicion grow on him eventually ended up spying on Aoyama.

8. Aoyama being away from his bed

The Forest Training Arc was the one that gave some major signs that proved Aoyama was the traitor. Firstly he used his Navel Bean as a beacon that can be seen from afar and can’t go unnoticed by villains. This can be taken as a way of informing the villains about the training session in the forest. Next, we witnessed him missing on the map when other students’ location was clearly showing there. Similarly, he was not there on his bed while other students were sleeping. This clearly indicates that he took advantage of nighttime and was out to transfer the information to villains.