ShinePost Anime: What is it About? Cast, Plot & Teaser 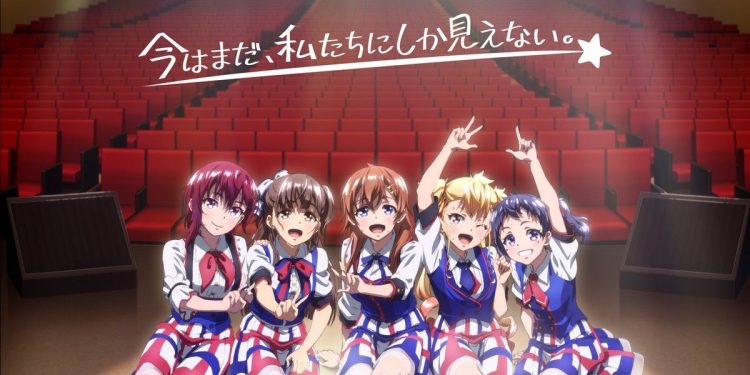 Recently, the world of K-Pop, as well as J-Pop, blew up, gaining fans from everywhere around the world. In the industry, idols too gained a lot of fame not only for their exceptional singing but also for their personalities. Thus, content from this industry is currently in demand these days. In fact, these idols have taken over the internet via various platforms. Anime, too, is one of them, although it isn’t something new. We have had anime that involves anime idols like “The iDOLM@STER!” or “Skip Beat”. Not very long ago, the multimedia idol project “Shine Post” has jumped into the game.

ShinePost anime is brought to us by a collaboration between Konami Digital Entertainment and Straight Edge. This project ShinePost will not only consist of an anime but will also have a manga and a mobile game. Moreover, it will have many live events taking place that is something definitely to look forward to.

What is an Anime Idol?

Before I jump into the details about the anime, let us look into the term “Anime Idol”. An anime idol is basically like a normal idol but has more of a fantasy touch to it. These anime usually focuses on the daily life and struggles of being an idol. It is a part of the music genre as a sub-genre named idol anime. Usually, the production houses of genre sell more than one type of media. Of course, since it involves music, they also give fans some live events like having concerts and fan signs.

The anime adaptation for ShinePost was announced in a live stream on YouTube that happened on October 26th, 2021. It will be getting an anime adaptation as a part of the Summer anime in 2022. The live stream features the introduction of the project’s concept. It also introduces us to the Voice Actors dressed as their respective characters. As a part of the promotion, a music video was put out titled “Be Your Light”. Since then, fans have been eager to know more about the anime.

The anime is based on a light novel of the same name. It was written by Rakuda and had illustrations made by Buriki. The anime will tell us the story of an idol girl group called TiNgS. This group consists of 5 girls who are different from each other in their own ways yet share a common goal. The live stream also has released a trailer/teaser for the upcoming anime.

Haru Nabatame is voiced by Sayumi Suzushiro. She has voiced characters like Kei Shirogane from “Kaguya-sama: Love is War” and Ibara Suemori from “2.43: Seiin High School Boys Volleyball Team”.

Moeko Kanisawa will be voicing Kyoka Tamaki. She is a real-life idol and the leader of the group “≠ME”.

Rio Sebibu will be voiced by Yuko Natsuyoshi. She has previously voiced the characters Sasha Necron from “The Misfit Demon King Academy” and Himeko Mashima from the “Show by Rock!!” series.

Yukine Giongi is voiced by Rimo Hasegawa, who is a Japanese actress. She is best known for her role as Natsumi Yamada in the film “The Black Devil and the White Prince”.

Lastly, Rika Nakagawa will voice the character Momiji Itou. She is a former member of the group PEACEFUL and an upcoming actress.

The anime will be directed by Kei Oikawa. He has been one of the directors in the anime world who has worked on many projects making a lot of contributions. Not only that, but he has also storyboarded and has worked in the animation section for many anime. He has storyboarded for anime like “Mirai Nikki” and “Kaguya-sama: Love is War”. However, Kei Oikawa is best known for his direction in the Romcom Drama Anime “Oregairu”. As for the music production, Yohei Kisara will be taking over. He has previously taken up the same role for the anime “Long Live! School Idol Project”

The five main characters in the anime and Idol group are named Haru Nabatame, Kyoka Tamaki, Momiji Itou, Yukine Gionji, and Rio Seibu. Their characters will be designed by Yoshihiro Nagata, who has worked on anime like “Macross Delta” and “Sket Dance”.

The Angel Next Door Spoils Me Rotten Anime Announced