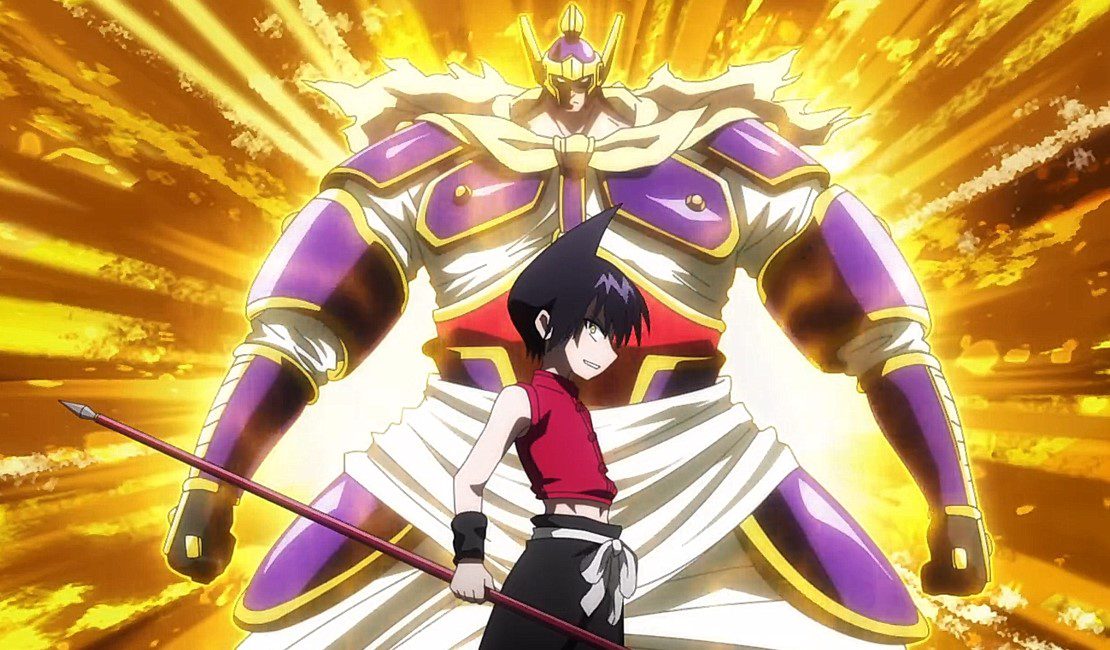 With the return of the latest episode of this anime, we will be looking at the Shaman King (2021) Episode 19. Shaman King (2021) has been out few weeks due to a weekly break. The anime is back to its track, and new episodes will be available every week. The Shaman Fight is underway, Asakura Haro is waiting for the Shamans to arrive. Anne is nearby, waiting for Asakura Yoh to arrive. Hao comments that Manta is too small, and Opacho wondered who is petite. Anna replies that Hao has arrived earlier than she expects. The episode title: ”Great Spirit and My Team.”

Anna reminds Hao about the Cho-Senjiryakketsu and asks if it was a problem when she gave it to Yoh. The Cho-Senjiryakketsu has ways to defeat Hao; Manta is scared and hopes Anna didn’t tell Hao about the secret book. Hao replies that he wanted to meet Anna since she is the bride of the Asakura, who defeated his Shikigami familiars. Anna is glad that Hao is not her for revenge or trying to take the book. Hao told her to hurry up and give it Yoh, but Yoh will remain weaker with it.

Hao adds that Yoh will never survive the battle that awaits him. Anna asks him to tell her the whereabouts of Yoh. Hao reveals that Yoh is inside the cave, and if Yoh gets stronger, he will assist him. Anna has a habit of slapping cocky men, but Hao grabs her hand since he prefers that no one hurts his face. Manta is surprised that Anna’s slap got blocked since he knows that no man can stop Anna’s slap. Hao pinned her with the wall and told her she is the perfect wife for the Shaman King, referring to himself.

Anna proves Hao wrong that he will get her slap and remind him about her left hand. She slapped him with her left hand, and the crew is glad that it is true that no man can block her slaps. Hao falls, and Anna comments that she is the Shama King’s wife since Yoh will win. Anna, Manta, Tamao, and the others head to the cave to get Yoh and the other Shaman Fighters. Opacho shed tears that her master got slapped, and Hao comments that he likes it since no one has ever hit him like that since his mother, but he can’t say it didn’t hurt. 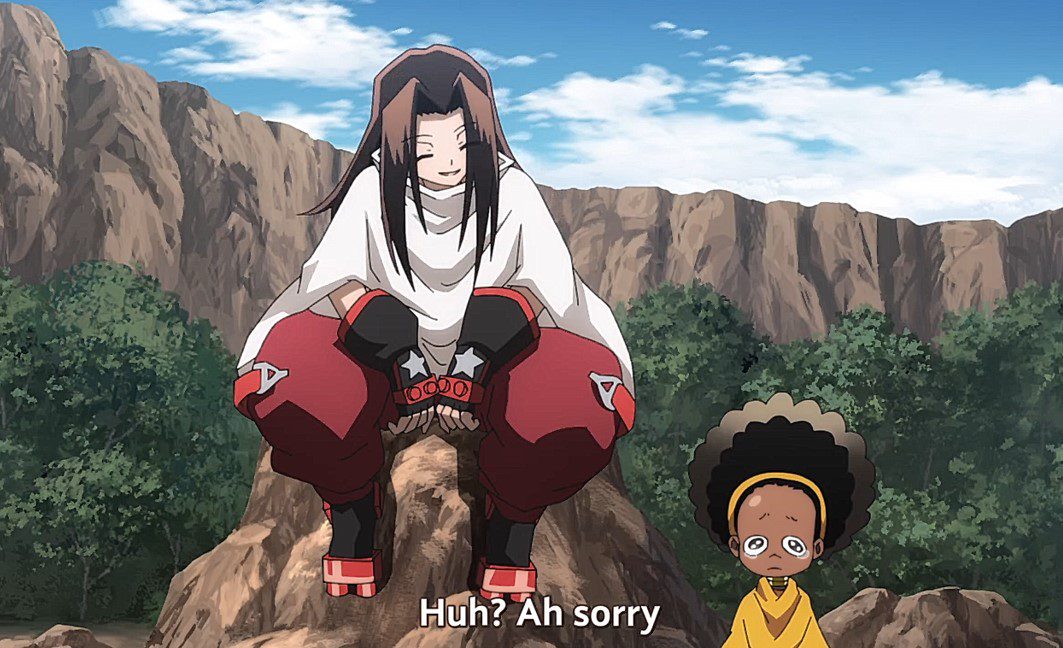 Inside the cave, Yoh apologizes to Amidamaru that he broke their sword. Amidamaru reminds Yoh that this is for the second time. Horohoro reminds Yoh that they are bout to enter the Patch Village. Asakura Yoh asks Ren what he will do, and Ren wonders why they are asking him. Lyserg realizes that they have lost the precious sword trying to defend Hao’s minion. He wonders why they do that since they travel a long way to defeat Hao.

Horohoro’s Spirit Ghost, Kororo tries to use cold spirit breath to keep Hao’s man alive. Asakura Yoh comments that they are taking this guy with them, and Lyserg is not pleased. He told the team not to worry since the guys from Patch Village will help the minion. Asakura Yoh told Amidamaru not to worry since they will summon Mosuke to repair Harusame. Ren disappears and heads to seize the Great Spirit to become the Shaman King. When Ren returns, he vows to defeat Hao alone, and no one should interfere.