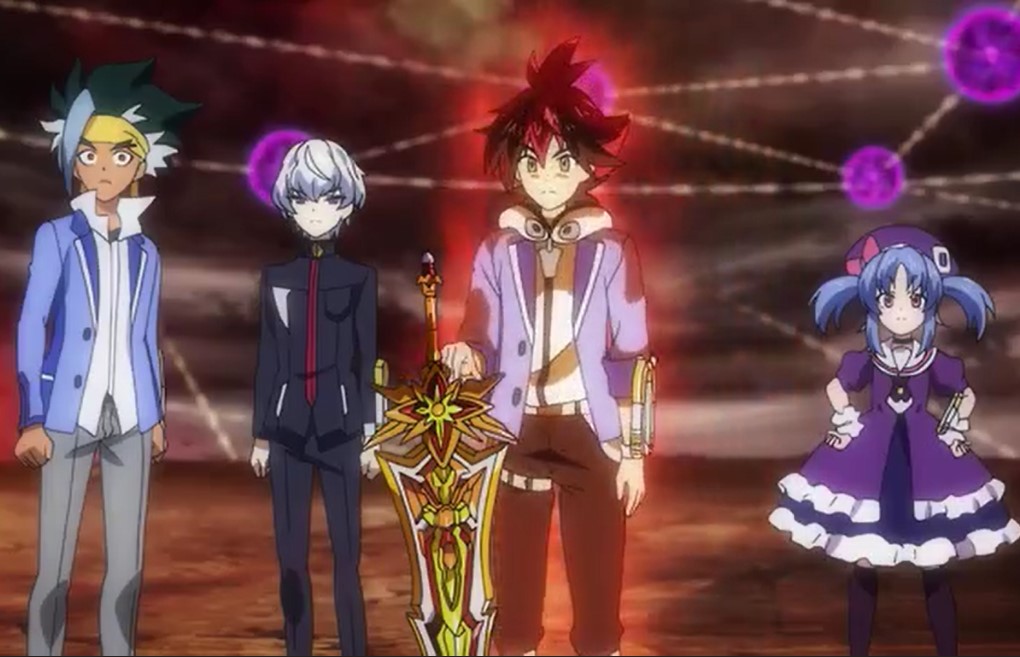 The battle between Leo and Hiro continues. Hiro wants to prove that he is the Shadowverse player. During an intense battle, Hiro’s comrades appear, and they want to finish Leo. They lined up near Hiro and faced Leo with their motto of never give no matter the foe. They combine the powers of their Legendary Cards and summons a powerful dragon. Leo is wondering what kind of Dragon is that seen; he has never encountered one like that. Alice said she knows what it is; it is all of their power connected by Shadowverse. 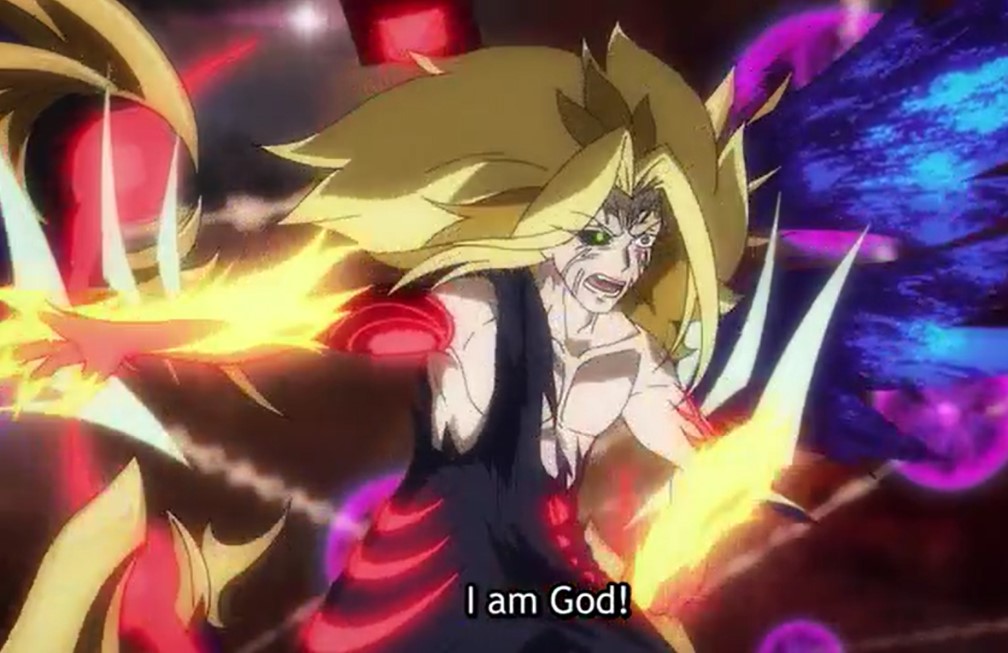 Hiro thanks Legendary Dragon and Ignis Dragon for destroying Shangri-La Breaker. Leo comments that no one cares about that since he has four World Eliminators in play. Kai comments that Leo has predicted everything but the tides will change soon. He also said Shadowverse has powers that can’t be predicted. They activate the third effect of their Ultimate Legendary Dragon. Kai attacks with four spells that did four damages to all four World Eliminators.

After receiving multiples of powerful blows, Leo reminds them he is God, and they must understand that they can’t win. Leo reveals that he is the God of Shadowverse. Shindou replies that he doesn’t care whether Leo is a god or not, but they are taking him down. He also said their Shadowverse had not lost yet. Hiro and Shindou activated the fourth effect of Ultimate Legendary Dragon. Hiro reveals that when all enemy followers in play are destroyed, a Draconic Blade is put into play.

Leo laughs at and swallows the powers of all four World Eliminators. They do damage to the enemy leader and give his leader three defenses. He unleashed a cannon from his chest and told them to get out of his sight. Leo reminds them about the consequences of messing with the God of Shadowverse. He blasted them away and told them to praise him and applauded him since they are standing in front of God. Leo is shocked to see Hiro and others still standing. 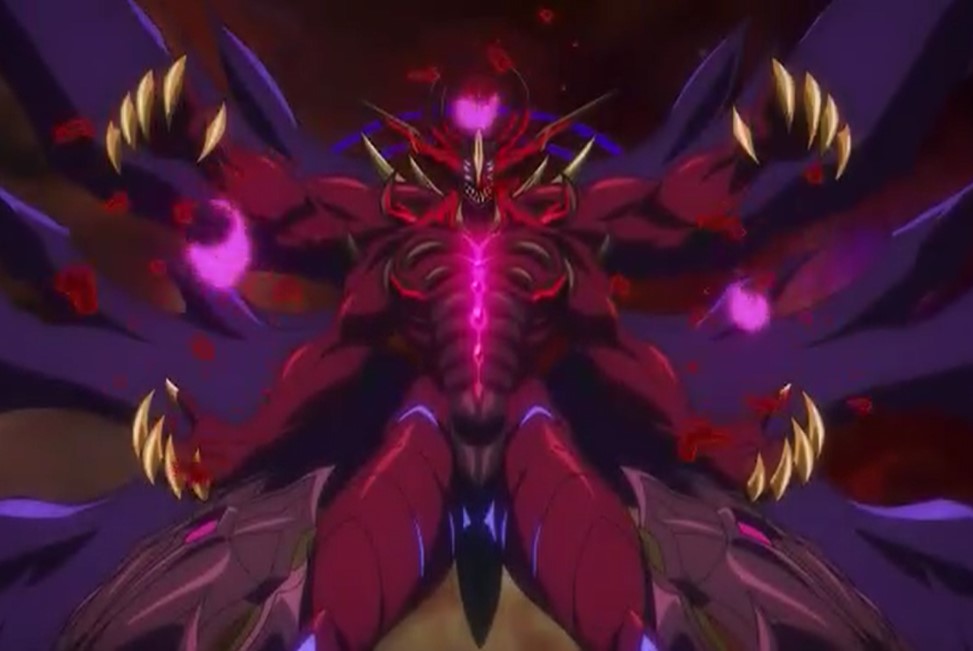 He thought that he had blown them away, but Ultimate Legendary Dragon was the one who blocks the blast away. Leo shouts why, why, and Mauro comments that it is because he wants to leave with his friends he gained through Shadowverse. Mauro and Hiro combine their powers and activates the fifth effect Ultimate Legendary Dragon. Luca joins and comments on how his friends are important to him. He said that the bond between them gives them the courage to fight.

He works with Hiro and activates the final effect of the Ultimate Legendary Dragon final effect. The final effect sends a storm that almost finishes Leo, who started to cough blood after the attack. Leo comments that he understand bonds and he will keep them in mind. But there is no next time for them since he is the winner of the battle. Leo also told them that he would defeat their bonds. He thinks that Calamitry End will finish Ultimate Legendary Dragon since it has run out of effects.

Shadowverse Episode 49 date will release on Tuesday, 30 March 2021, at 5:55 JST. You can watch Shadowverse online on  Crunchyroll or Anime-Planet. Let’s take a look at Shadowverse upcoming episode preview below.