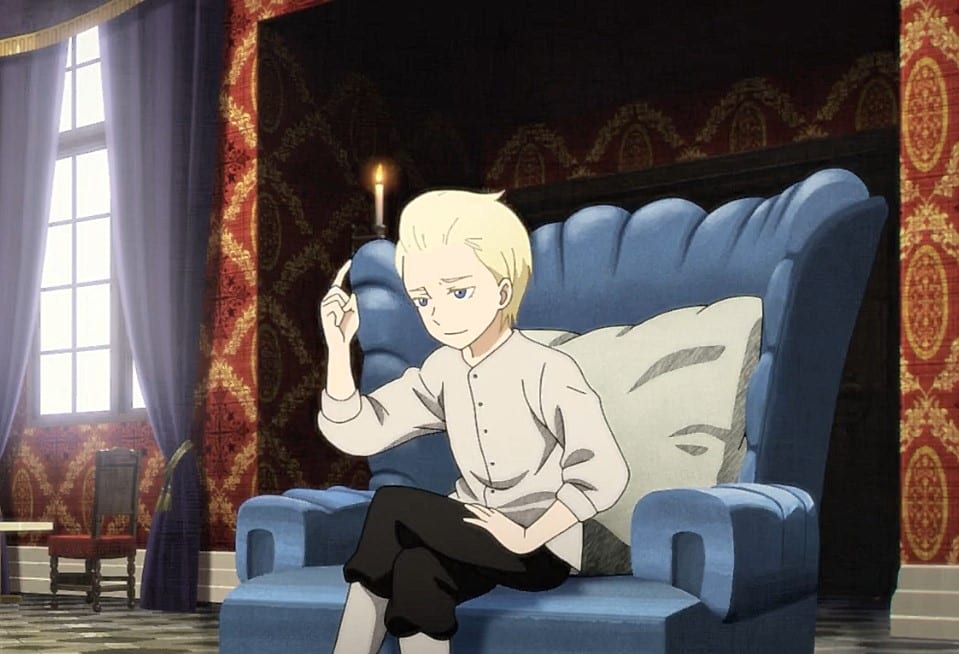 Emilico and the girls had got locked inside the room. The black-haired guy comments that he doesn’t understand the criteria. He tried to open the door, but nothing happens. The black-haired guy reveals that the manager is watching how they fulfill their role as a shadow face. He wonders why Ricky got demoted one rank, and he asks Riky what the reason behind his demotion was. Ricky doesn’t want to reveal the truth, and he told them to focus on getting out of the room. Lou asks Riky why he chose to dance.

Riky replies that it was not his fault for taking the initiative and everyone inside the room has dance which means they are all guilty. The black-haired guy comments that Edward might be angry, but no one knows how he is feeling. Lou reveals that they are living dolls, and the shadow family may treat them however they see fit. The black-haired guy asks Riky if he is worried over rival matters. Riky told the black-haired guy that he has no right to talk, and Emilico notices something.

The black-haired guy told Riky that Edward didn’t tell them not to come. The two continue quarreling. But someone is watching over them by the window, and Emilico felt the presence of someone. She thinks that she imagines things. Ricky is sitting on a sofa like a king giving orders to a knight while talking to the black-haired guy. Emilico told them to stop fighting, and the two kept quiet. Ricky pointed at the side of his head and told Emilico that’s why they call her Sunshine. 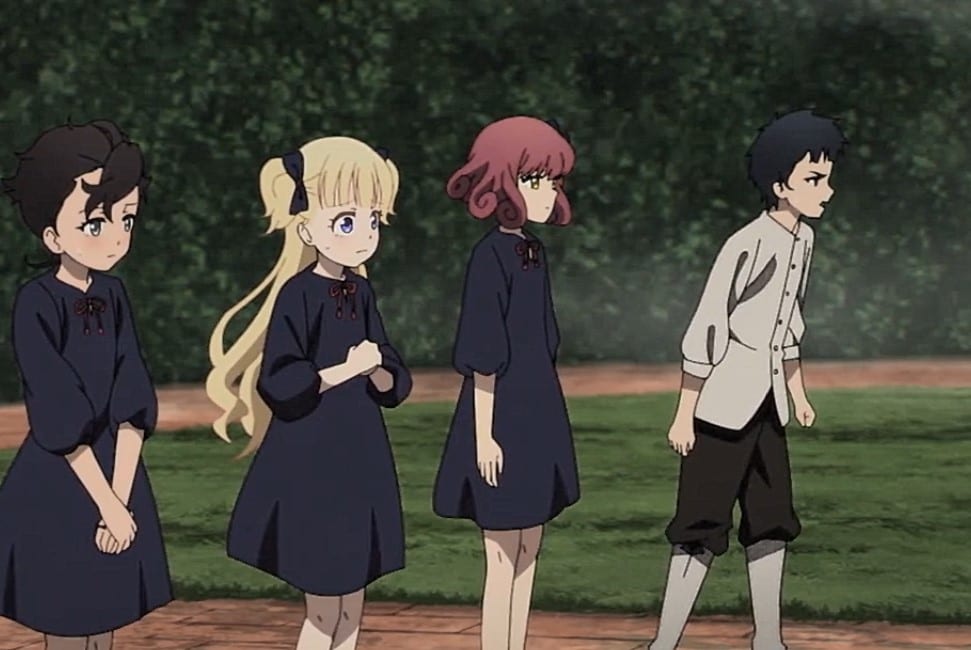 By pointing on the side of his head, he is signaling that Emilico is the smart one, and she is the one with a brain in this room. But Riky teases Emilico without realizing that he is giving Emilico the advice to help her and her shadow, Kate. Emilico thanks Ricky for his advice. Riky is surprised since he thought he hit her with a punchline. Ricky fired back again and told Emilico that she is just some unloved dell with a strange name. Emilico reply that Mistress Kate said to her that she is okay no matter who she is.

She said that she has no right or reason for not believing in her Mistress. She enjoys drinking tea and scones. The rest of the group wonders what kind of girl Emilico is since she doesn’t hold a grudge against anyone. But she ate scones with a stone inside and give Rikty something to talk about. Riky teases her that what’s she get for seeing food and eat them without checking. He said it is more from Edward’s abuse. Emilico comments that she has seen this before. The black-haired guy reveals that it is a ”feve” that brings good luck charm.

He also said that feve brings luck to those who find it. Ricky got jealous that he is not the one who find feve. He comments that feve has nothing to do with the debut. The black-haired guy told others to eat food, and they will get their lucky charm after getting feve. Later, Edward took the crew to the Garden Labyrinth and told them that they must exit the garden before the allotted time expires. If they make it in time, they will be able to save their masters. The game continues as they work on saving their masters.