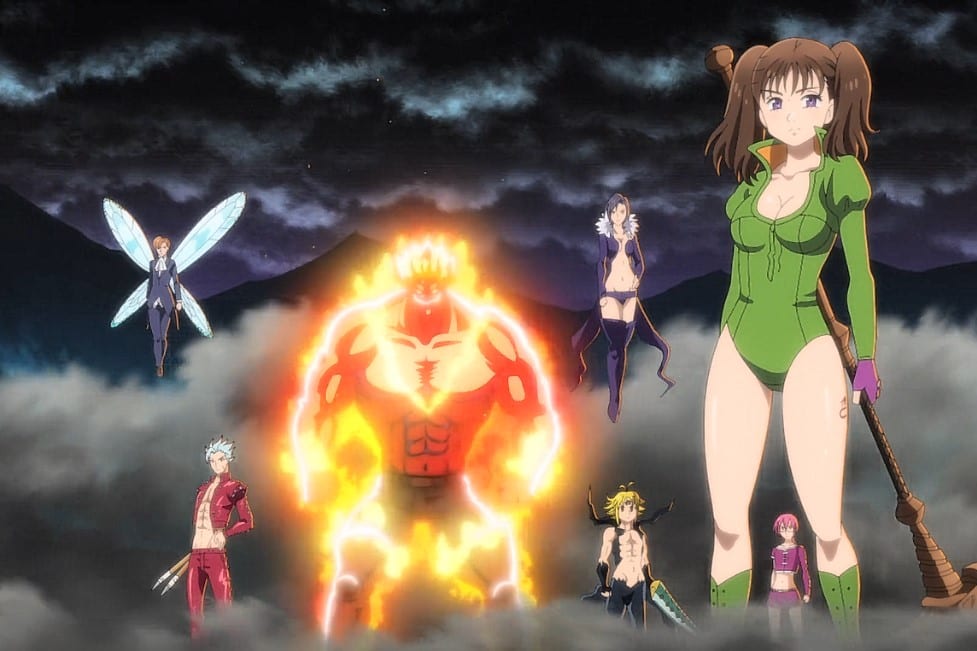 Escanor exchanges hand-to-hand combat blows with the Demon King. But it was past noon, and the end was coming for his super combo called The One. The noon has passed, surprisingly Escanor maintains his form and continues to use the power of The One. Meliodas had a flashback where the Seven Deadly Sins met with a lonely Escanor in the past and accepted him. Escanor realizes that the Sins are important to him, and The One Ultimate got activated. The Demon King is witnessing incredible tremendous powers.

The episode is titled the Struggle. Meliodas is with Elizabeth, who is holding Gelda. He realizes that Escanor is planning to use all of his life energy. Escanor got bored by the baby punches from the Demon King, and he started to land massive punches. The Demon King’s faces change within a second. The Sins watches Escanor as he smashes the Demon King with hummer blows. Diane thinks that it is not fair for Escanor to end his life along with the Demon King’s life. She asks one of the Sins to hurry and stop Escanor from sacrificing his life.

Escanoir landed a blow that smashes the Demon King with the ground. The Demon King is exhausted, and he is fighting like s drunken person. Escanor’s injuries got healed instantly from the flames of The One Ultimate. The Demon King realizes that there is no time to exchange blows with Escanor, and he decided to finish everything with a single blow. He raises his finger and unleashes a vast dark ball the Melidas cut using Counter Vanish. Ban also joins the fight and attacks with an attack called Vanishing Kill. 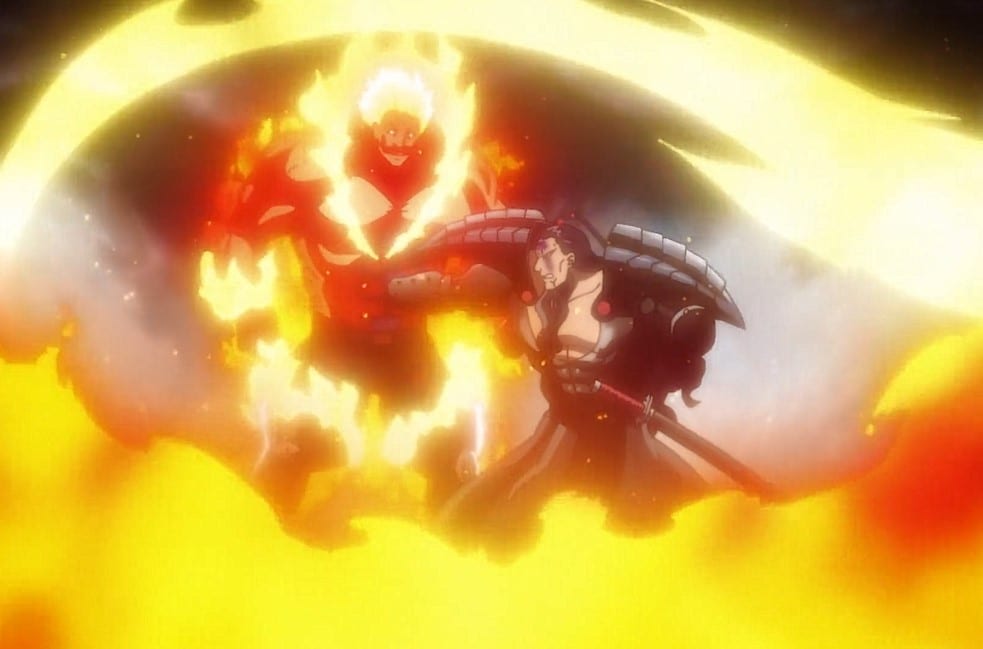 King follows with Fight Fire With Fire attacks. The Seven Deadly Sins show Escanor that they are in this together, and they have to do this like the old times. But Escanor questions them and reminds them that he told them to stay out of this. Escanorvoice has changed, and it is more carrier than the voice of Demon King. Meliodas stood in front of Escanor, who told him to move out of the way. Meliodas refuses since he realizes that Escanor might end up killing himself along with the Demon King.

He reminds Escanor that he didn’t invite him to the Seven Deadly Sins to act like this and die in front of him. Escanor reminds Meliodas how Meliodas taught him to control Sunshine. The Demon King wakes up, and he realizes that this is his chance to attack. He unleashed the Creature of Darkness and told the Creature to cut the Sin’s gut and devour all of them. Escanor jumps in a blink of an eye and counterattacks the Creature of the Darkness. Meliodas unleashed his Demonic form and pass Escanor, who got surprised.

Meliodas comments that they have to die together as a team if they are dying, and Ban said precisely. Gowther comments that Escanor is not alone. The Seven Deadly Sins attacks simultaneously and destroys the Creature of Darkness with a single blow. The Demon King couldn’t believe that his triumph card got destroyed. He realizes that if he doesn’t do anything, he is finished. Escanor asks the Sins to forgive him since it is too late for him to turn back. They managed to defeat the Demon King, but the real one from Purgatory arrives to handle the matter.