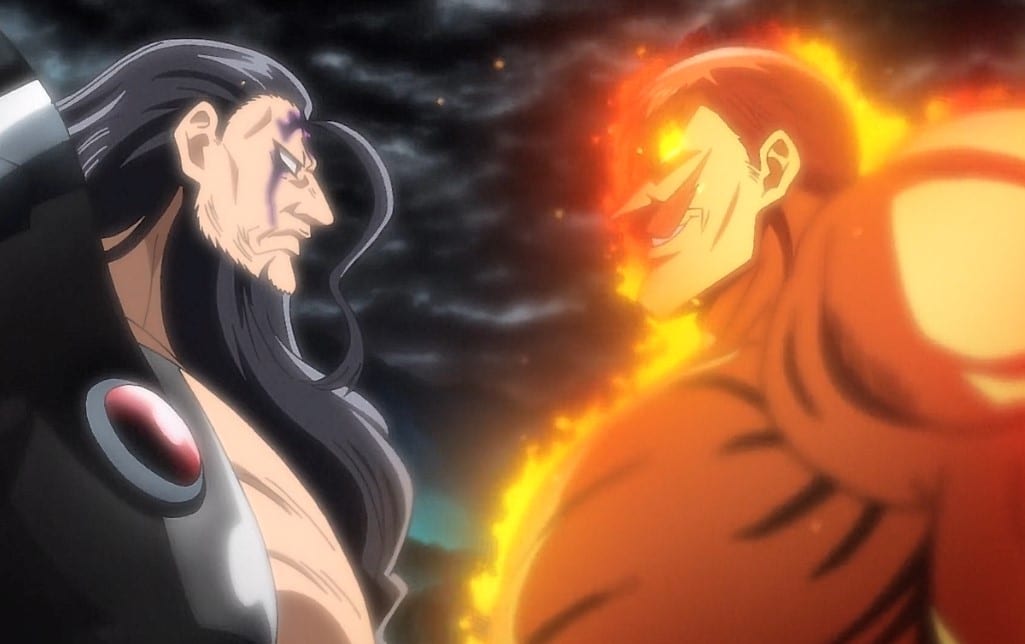 Today we’ll be talking about Seven Deadly Sins Season 5 Episode 19. Meliodas and Gowther have entered inside the mid of the Demon King. They found Zedris along with Gelda. Theyrealizes that Zeldris is a captive of Gelda, who claimes that Zeldris is happy only with her. Meliodas manages to save Zeldris; meanwhile, in the real world, Escanor and the Seven Deadly Sins had an intense battle with the Demon King. Escanor vows to eliminate the Demon King even though it might cost his life. Diane unleashed a Mother Creation that case the magic lake to disappear.

The battleground turns into lava as Escanor Sunshine’s powers level up. The Demon King comments that he thought they wouldn’t last more than a minute. He realizes that Escanor wants to use that power to defeat Zeldris and Meliodas in their Demonic form. He told Escanor that he wants to see how powerful the Sunshine is. The Demon King puts his sword back, and Escarnor comments that the Impudent Demon King. Diane told Escanor that they are here to help, and he told her to stay out of this.

The Seven Deadly Sins wonders what Escanor is planning since they know that they fight as a team. He told them that the moment has come. Escarnor squares up with the Demon King as they get ready to clash. They both decide to get involved in a bare-knuckle. Escanor punched the Demon King’s left side, and the Demon King also punched the right side of his face. The two started to exchange massive punches that trigger earthquakes and flashes of lightning. Meliodas has come back with Gowther after saving Zeldris.

He told Elizabeth to stay behind him. As the Demon King attack, he comments that this is the power of the Demon King. He landed a blow that pushed Escanor back and comments that he is in a whole other dimension compared to his good-for-nothing sons (Melidas and Zeldris). Escanor replies that it is only a puny sensation. He jumped up and landed a superman punch that slammed the Demon King with the ground. Meliodas watches the fierce battle as it continues and realizes that it was receiving and giving. 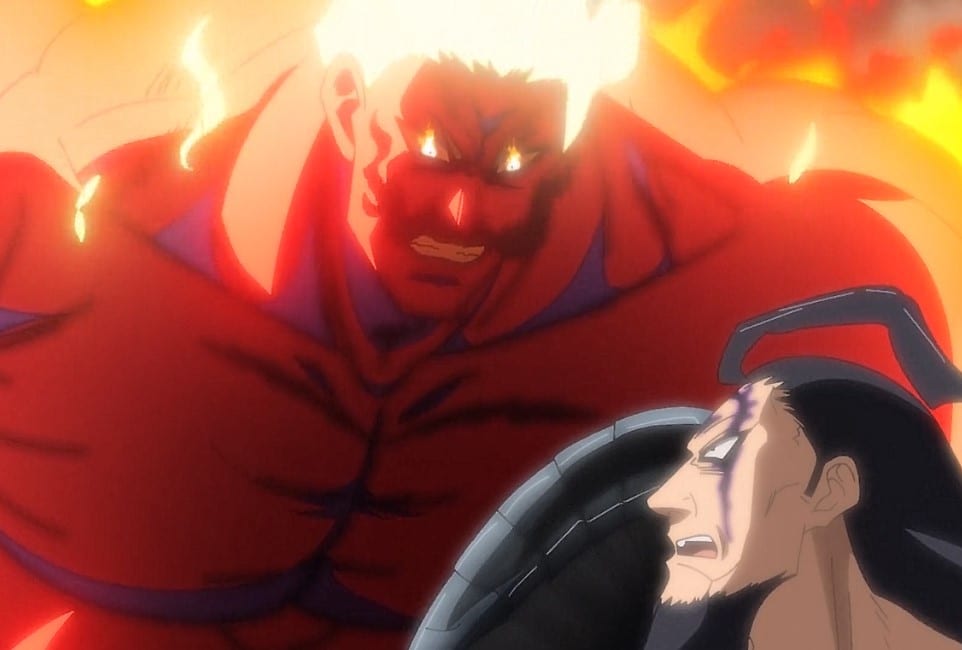 He unleashed a new state called The One. King notice that the state has last more than a minute, and a minute is a limit. Meliodas had a flashback when he met with Escarnor, and they befriend each other. Meliodas told Escanor that they are repenting for their sins. He also recalls the day he battles with Escanor, who was using The One.