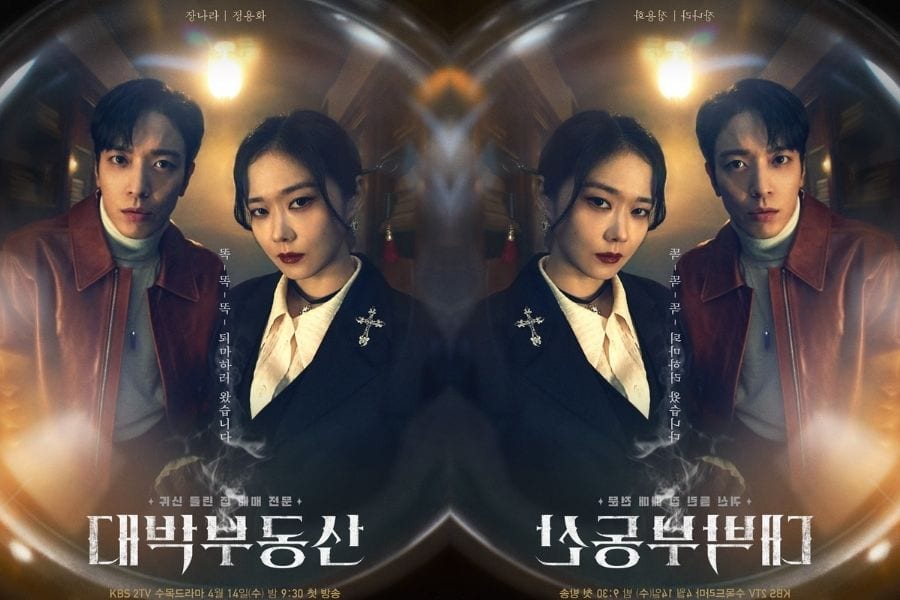 With the current upsurge in the popularity of the Hallyu wave across the world, we cannot forget our K-Dramas behind. South Korean dramas, or K-Dramas as they are fondly called by Gen Z, are topping charts all over the world. There is no language barrier when it comes to watching these Korean dramas where you can see your favorite stars beautifully portraying their rawest emotions. These dramas come in all shapes, sizes, and genres.

Yet, the most popular ones are those in the romance and thriller categories. One genre that is often missing in the content that South Korea’s entertainment industry produces is comedy. That is precisely why Sell Your Haunted House was a welcome change for all K-Drama enthusiasts. Read on to find out more about this latest drama!

Also known as Daebakbudongsan in Hangul, Sell Your Haunted House is directed by Park Jin Suk. It follows the lives of two individuals – Ji Ah and Beom, which got inevitably entangled in both professional and personal fronts when they crossed paths. You will read more about the plot and cast of the show in the following sections. If horror-comedy is your go-to genre when it comes to light entertainment, this is just the show for you. Read on to find more about when and where you can watch all episodes of Sell Your Haunted House Season 1.

The plot of Sell Your Haunted House k-drama revolves around the lives of Hong Ji Ah (played by Jang Na Ra) and Oh In Beom (played by Jung Yong Hwa). Hong Ji Ah has a gift – she has the ability to perform an exorcism. Ji Ah’s mother passed down these abilities to her. At present, she is the owner of Daebok Reality – a company that specializes in selling haunted houses. While Ji Ah might come across as a headstrong woman with any flaws in her, she has severe anger issues. In fact, she is the true embodiment of the phrase – ‘action speaks louder than words. She is ready to land a punch or two before she even begins moving her mouth. One fine day, Hong Ji Ah crosses paths with Oh In Beom. Beom’s means of earning a livelihood is quite interesting as he gets around as a con man who specializes in exorcism frauds.

The Daebok Reality group always operates at night. One day, Oh In Beom visits one of their open houses and makes an offer. He makes a suggestion to Ji Ah that they team up together and shift all their resources and attention to selling only the epitome of all haunted houses. To put it more precisely, the houses that are haunted by the most vengeful of ghosts and lingering spirits. The rest of the series follows how they work together to not only sell these houses but also encounter the spirits who haunt them while also sharing their own stories with each other. Both Oh In Beom and Hong Ji Ah have their own monsters from their past. Sell Your Haunted House will tell the stories of these monsters and why fate brought the two of them together.

Also Read: How To Watch Shadow And Bone Online?

Sell Your Haunted House aired its first episode in the second week of April 2021. KBS2 is the original network and distributor of the drama. It is mainly aired twice a week on Wednesdays and Thursdays at 6 P.M. KST. Each of the 16 episodes in the series is 1 hour and 10 minutes in duration. The episode schedule is as follows:

You can catch all the latest episodes of Sell Your Haunted House on Kocowa TV and Viki Rakuten.

Also Read: Who Is Seo Ye Ji Dating & Are The Bullying Accusations On Her True?