Second Husband Episode 12 is going to be aired soon. Second Husband is an ongoing Soth Korean daily drama. Moreover, with its exciting story and talented cast, the drama has gained an applaudable audience. The plot of the drama revolves around a woman named Seon Hwa. To be exact, the story is based on her revenge. She did not have the best childhood but still managed to stay happy. Also, she never expected that her longtime boyfriend, Sang Hyuk will ever cheat on her. But he eventually did. He had been cheating on her for years with Jae Kyung, the daughter of a confectionary company.

Since then, her life had become miserable since then. So it was evident she wanted to take revenge on the one who had ruined her life. As already mentioned earlier, the drama’s cast is very skilled and talented. The cast of the drama consists of Uhm Hyun Kyung, Cha Seo Won, Oh Seung Ah, and Han Ki Woong. They have done an amazing job in portraying the emotions of their characters. In this article, we will be talking about the release date of Second Husband Episode 12 and a plot recap of the previous episodes of the drama.

Second Husband Episode 12 will release on 24th August 2021. International fans can watch the drama on Rakuten Viki with a standard subscription. The drama has been so far interesting till now. We learn why Seon Hwa wants to take revenge on Sang Hyuk and how her life turned from happy to miserable. We also see how much of an idiotic and evil person Sang Hyuk and his mother is. As the episodes progress, Seon Hwa’s anger grows, and even the audience’s hatred towards Sang Hyuk and Sang Hyuk’s mother. Other than Seon Hwa and Sang Hyuk, the audience finds out more about the other characters such as Jae Min and Jae Kyung.

Other than having an amazing plot and cast, the drama’s airing time is oddly satisfying. As the drama airs almost every day of the week, i.e., Monday-Friday. So the daily drama watchers do not have to wait for the release of the new episodes. Also, the episodes of the drama are of usually half an hour. That is why busy people find it comfortable to watch daily dramas like Second Husband. Overall the drama is a must-watch.

The audience was craving for another meeting between Jae Min and Seon Hwa, and they finally got it. But for now, the relationship status is far from lovers. They had a heating argument when Seon Hwa and Jae Min thought that they were on a blind date with each other. In the eyes of Seon Hwa, Jae Min was a lowly person who was being chased by lone sharks. And of course, when Seon Hwa started to insult Jae Min, he would want to clap back too. But after Seon Hwa left, he found out that she wasn’t his blind date after all. And as Seon Hwa thought that Sang Hyuk had set up the blind date, she finally let go of him. She was speechless at Sang Hyuk’s actions.

And in the previous episodes, the audience had a peek into the relationship between the step-siblings Jae Kyung and Jae Min. They are total arch-nemesis and in a brotherly sisterly type of way. Although many siblings do fight a lot, they take their fights too far. Jae Kyung tries to act very innocently, but the recent episodes have uncovered the veil of the true Jae Kyung. She is as bratty as Sang Hyuk is. She is marrying Sang Hyuk that she can use as her tool against Jae Min. From the preview, we found out that Seon Hwa’s grandmother might find out what’s going on with Seon Hwa. That would not be quite good as she might get a bad shock, and it could hurt her as she is an elderly person. Will her grandmother’s wound also contribute to Seon Hwa’s revenge? 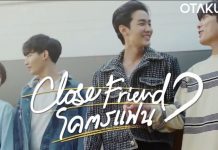