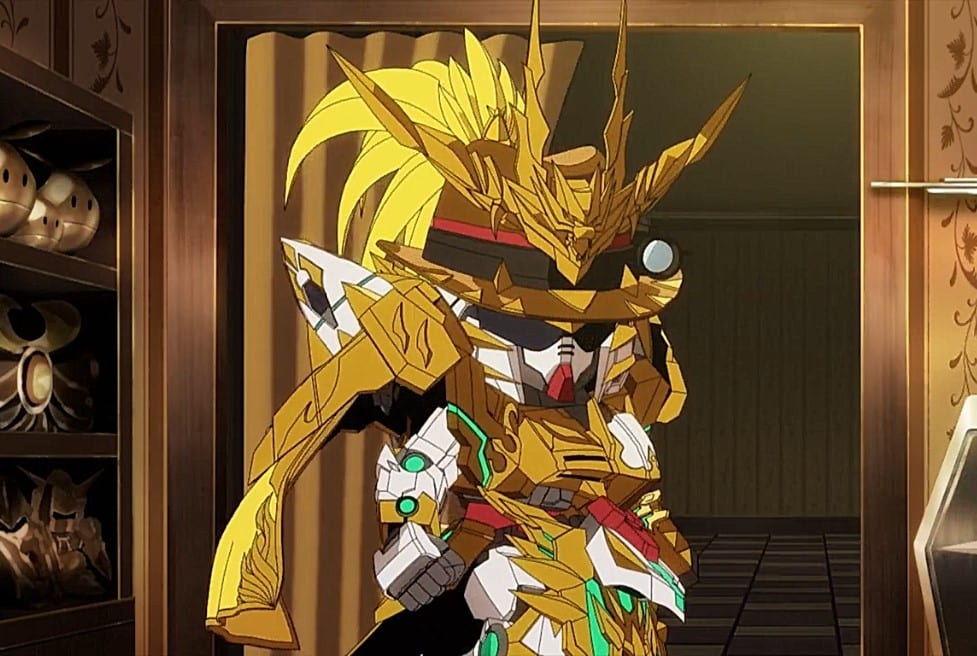 After being released from jail, Wukong, Sha Wujin-Aye, Baiye, and Liu Bei head to the secret basement. Baiye grabs all the boys inside the toilet, and the boys think it is not suitable for them to enter inside a bathroom together. Baiye surprised the boys after flashing a toilet, and everything changed. He comments that he has invited them to Arsene’s secrete hideout. SD Gundam World Heroes reveals the battle between Heroes and villains. Heroes who want to take over different worlds. After entering the refuge, Baiye told the boys that police wouldn’t find them if they stayed around.

Baiye also told them that Arsene would return soon. Liu, Wukong, and Aye notice that Arsene has lots of gold, and everything around his hideout got made out of gold. Baiye told the boys not to touch Arsene’s precious collection. Arsene will be mad if he finds the fingerprints on his golden collection. So Baiye cleans all the gold-plated stuff that the boys touched. Liu comments that the man who saved them is Arsene, and he is rich. Baye replies that he is not that rich and Aye said Arsene has a lot of valuable documents.

Earlier after being released from jail, the boy got involved in a brawl with the Villain Gang. During the battle, Arsene interferes and helps the boys escape by the police looking for the boys since fighting is not allowed in this city. The boys arrived in this city looking for a man called Zhao Yun. Wukong finds that  Arsene Gundam X knows where Zhao Yun is after the head officer captures them. In the present, the boys waited for Arsene to return to his secret hideout.

The episode title is ”Sneak In the Night Museum.” Aye thinks that Arsene might have the information they need about Haro. Baiye comments that Arsene knows nothing about Haro. Liu reminds the boys that they have come to Neo World to find Haro, which is their priority. Aiye notices that Baiye is too forgetful. Liu comments that Baiye has forgotten about their goal and start to have fun in the Neo World.

Baiye replies that he remembers that he is part of Haro’s search, but he got carried away. Aye asks Baiye if he met with Arsene when he gathered information in Neo World and tried to gather information from him. Liu realizes that Baiye spent a lot of time with Arsene, and he might have helpful information, but Baiye has forgotten his goal. Baye talked about Dyanmistic Master, and the boys realize that Baiye never talked about Haro with Arsene. The boys heard saying ” yes I do” and Baiye realizes that it is his Master. 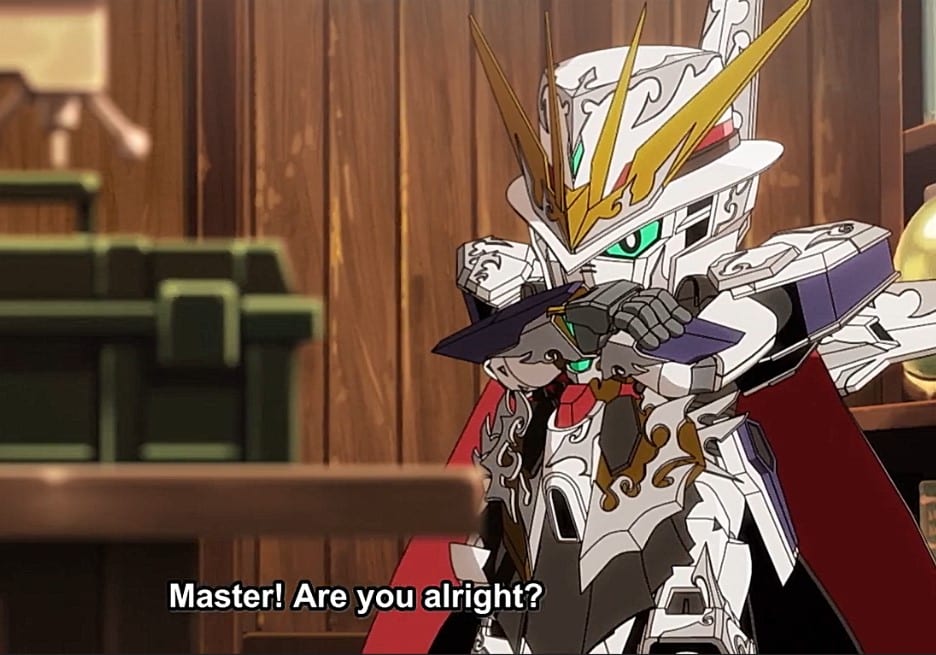 Baiye asks Master if he is okay, and Master replies that he is fine, but it took him some time to shake Verde Buster. The boys wonder why Baiye is calling that guy a Master and who that guy is. Wukong wakes up after Master snaps his fingers. Liu realizes that that guy is Master Arsene and thanks Arsene for saving them. Master Arsen comments that it is evident because the Heroes are his apprentice’s friends. Liu asks Arsen if he said he has information on Haro. Arsene replies that he has a location of treasures of the Haros.

Liu wonders if Master is telling the truth and Arsen point at his brain and comments that he tell no lies because the goddess of fate will fall out of love with him. Baiye got impressed by Arsen’s worlds, and the boys realize that’s why Baiye never talked about Haro with Arsene since he keeps on listening to Arsen’s heart-touching words. Baiye comments that Arsen’s speech is so cheesy. Finally, Baiye surprises the boys by asking Master Arsene about the Haro. The boys got disappointed that he is making that now after spending a long time with Haro.

Arsene replies he has everything that the boys need, but the difficulty is level S. Arsen asks the boys if they possess the determination and courage, and the boys shout yes. Arsen promised that he will assist them on their hunt and led them to the location of that treasure. Aye questions Arsene about what he will get by helping them, and Baiye interferes, saying that’s an insult to his Master since he is helping them. Later the boys arrived at the hunting location and met with a vast ”hunt.” Arsen decided to lead and clash with the ”hunt.”