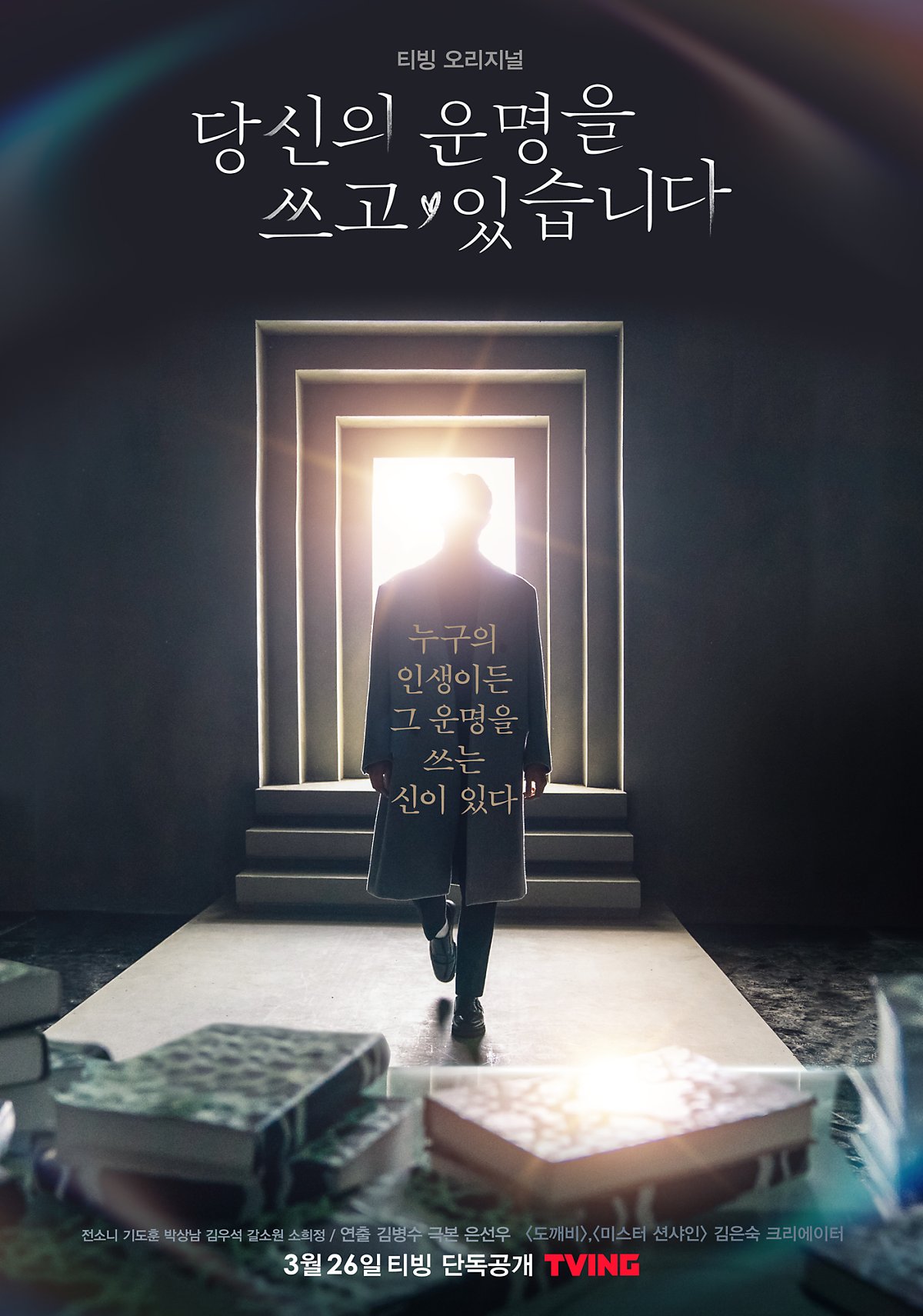 What happens if every human being has a destiny deity writing every course of their mundane life? Somehow the destiny deity also falls in love with one of the human beings. Well, it seems to be true only in the dramas or reel but not in real life. In reality, we believe that every human being makes their own course of life. But, so is not the case of the recent Korean Drama Scripting Your Destiny. The drama features a lovely and beautiful love story between a Destiny Deity and of the human being.

One of the most interesting and unique things about Scripting Your Desting is that it does not have any extra villains, plots, suspense, or thriller. Rather, the drama gathered quite the attention with its exciting storyline for its fantasy love story. Now, let’s know in detail about the Scripting Your Destiny drama in details.

Scripting Your Destiny release date was on March 26, 2021, at 16:00 KST on tvN original network. It is a fantasy romance drama that consists of ten episodes and premiered on the same day. The web drama aired on the Friday of every week. The other names for the drama are Writing Your Fate, Dangsineui Unmyeongeun Sseugo Issseubnida, and Writing Your Destiny. The drama is quite an interesting fantasy series that features the sweet love story between a destiny deity and a human person who is an author and scriptwriter for dramas.

Eun Seon Woo and Kim Byung Soo are acting as the screenwriter and producer for the show. The executive producer of the series is Kim Eun Sook who previously created hit dramas such as Guardian: The Lonely and Great God, The Heirs, Secret Garden, Descendants of the Sun, etc. So the present drama of hers is also worth watching. Furthermore, the episodes are only for a short amount of time.

Scripting Your Destiny Episode 1 to 10: Recap

The first episode also introduces Ho-Yoo as a landlord in the human world and one of his tenants. The tenant is the owner of the coffee shop and also tried to set up her daughter on a blind date with Ho-Yoo. Her daughter is Go-Chae Kyung who is a famous scripwriter for drama series. Now, Ho-Yoo, as her destiny writer plans to make her and Jang Ba Reum fall in love. However, a destiny writer cannot have too many feelings for a human. But, things did not take place according to the wishes or writings of Ho-Yoo.

Moreover, Ho-Yoo and Chae Kyung have a unique past between them which neither of them knows. Ho-Yoo memories got erased while Chae Kyung’s are lost. Besides everything, Chae Kyung and Ho-Yoo begin to go closer. He does not know but begins to develop feelings for Chae Kyung. Deity Myung tries to stop them once he knew the truth. However, things did not go as planned but move in completely opposite direction. The drama features what will happen in their destiny as Ho-Yoo and Chae Kyung never be together. Jang Ba Reum also saw his destiny book with his name in the hands of Ho-Yoo. He begins to doubt him. On the other hand, there is Shamshin who too begins to have feelings for a human.