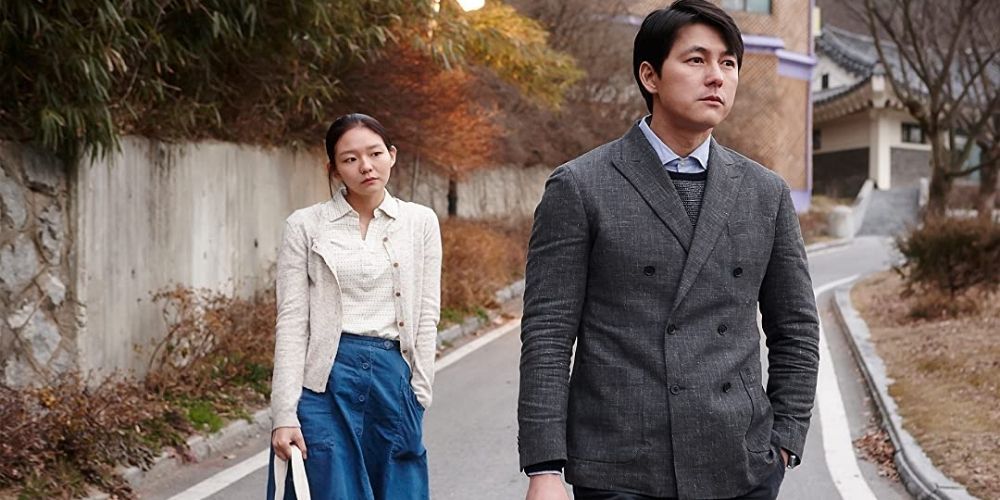 Scarlet Innocence is the Korean movie release ion year 2014. The movie is directed by Yim Pil-sung. The movie is written by Yim Pil-sung Jang Yoon-mi. It is produced by Seo Jong-hae. The movie cinematography and music are handled by Lee Sung-Jae and Mowg. The editing of the film is done by Kim Sang-bum.

The movie revolves around the university professor who moved to the small town because of a scandal done by him. He abandons a girl during his settle down period to the small town. After this, he becomes a famous writer and is also suffering from a dangerous disease that is leading to blindness. He is not able to see anything the sight is almost lost. There is another woman who moves next door. She is the same girl who was dumped by him 8 years before. The movie is kind of a love story full of scandals and after effect of ruining someone’s life.

It is released on October 2, 2014. The runtime of the movie is around 1 hour 51 minutes. There is no other part of the movie this is the only part. The movie revolves around the genre of Romance, Drama, Melodrama, and Mature. The other name for the movie is Madam Bbaengduk, Madam Bluff, and Madam Ppaengdeok. We will be rating the movie a 6.5-7 out of 10. Overall it is a love story with many twists and turns what you need to have a mature brain to accepts the upcoming scene or representation of some scene. Also, you can watch the movie on Netflix. It is also easily available on the online site you can surf the movie and binge watch it.

The movie Scarlet  Innocence is a romantic melodrama. The drama is starring Jung Woo Sung as Professor Hak Kyu, Esom as Deok Yi. They are the two main characters around whom the drama revolves. Their love story is shown and how they separated and meet again.

The other characters of the movie who play their role as guest appearance are Eo Joo Seon as [Old man], Uhm Tae Ok as [Student], Lee Seon Min as [Gambler], Han Joo Young as Ji Eun, Yoo Soon Woong as {Novel class elder 1], Lee Ui Ja, Kim Hyun Sook as [Student 1 of the novel club], Lee Seo Yi as [Female college student]. They have a role for a bit of a minute but the impact is great on the plot. The characters are less this makes the drama easy to understand and get through the plot what is going to be next and all.

The story of Scarlet Innocence revolves around the life of 20-year old Deok Yi. Her life gets excited when she comes to know about a university professor. The name of the professor is Hak Kyu. He settles down in a small town after being caught in a sexual scandal allegation. He there works as a literature instructor at the cultural center. Deok Yi works in an amusement park. The attraction towards each other from both the side has lead to the lust affair, not the love affair.

After this, the fall semester comes and Hak Kyu is being called back to the university to teach again to the students and retain his position. He leaves back to the city leaving her behind which is kind of dumping her. Deok Yi doesn’t want to end things with him as her attraction was more than just lust. She confronts him. This scenario turns out to be tragic when the wife of Hak-Kyu dies as she commits suicide. The story leaps of 8 months and after that, it is shown that Hak Kyu is now a popular writer. He suffers from a rare vision condition where he can barely see anything.

He is separated from her daughter name Cheong as she blames him for her mother’s death. She has kind of a broken relationship with their father. During this tough phase of his life, he becomes a friend with Se Jung a new neighbor of his. She helps them to get better in a father-daughter relationship. This turns out the way that Cheong becomes romantically attached to her. Little does he realize she is Deok Yi whom he dumps 8 years back. She has a fire to destroy him. Also, she has a full plan of setting up her revenge game and destroying everyone. Overall it is a revenge movie. 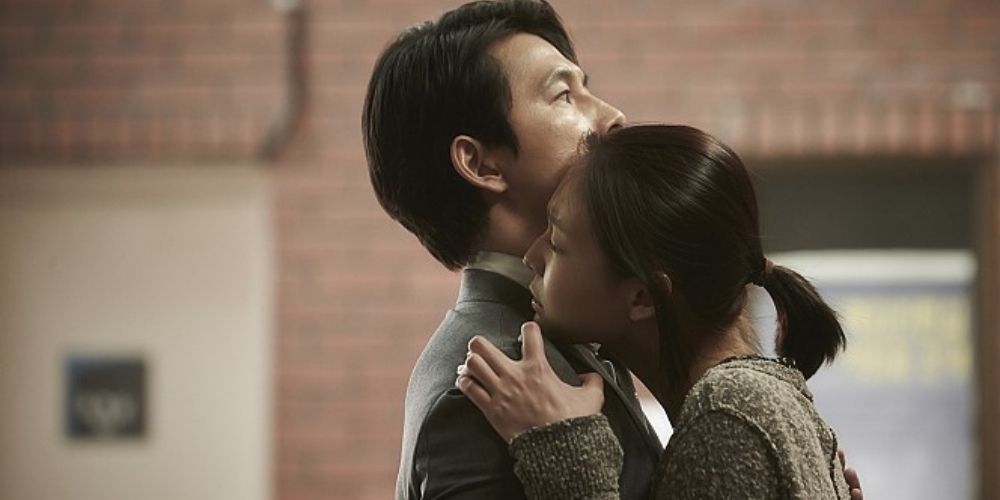 The movie Scarlet innocence is a story that revolves around lust and revenge and how far a person can go if the revenge to be taken is deep. The movie starts with the introduction of Hak kyu who is a teacher in the school of Seol. He has to leave the city after he is suspected of a sex scandal. Also, he is not allowed to continue in the country so he has to leave for the city. He starts to teach temporarily in a small town. The family of Hak Kyu is introduced. He has a wife and a daughter name, Cheong. First of all Hak Kyu leaves his family behind and settles in a small town he eventually forgets about his small family. Overall, this is shown in the first phase of the movie all about the scandal and family.

After shifting to the small town and working there he forgets about his family. There he meets a girl name Deok- Yi. They both meet each other often. Deok Yi. She lives with her mother who is deaf. Deok Yi works in an amusement park. The bond between mother and daughter was quite loving and understanding. Deok Yi and Hak Kyu have started getting attracted to each other physically. Both of them meet each other and spend time. Overall the relationship turns out as a lust relationship. They have some crazy intimate moments. Deok Yi starts falling in love with him going over the attraction part. Overall, After their long-hailing physical relationship, Hak Kyu is called back to the city and resumes his job.

He then dumps Deok Yi and leaves back to the city resumes his job, and goes back to his family. Coming back home he realizes that his wife who is suffering from depression is dead. She commits succeeds and his daughter is all alone. His daughter blames him for the suicide of her mother. After this, there is a leap of 8 years. After the leap, Hak Kyu becomes a famous writer but he suffers from a complicated disease that is turning him blind. He is not able to see. After this scene, it is seen that there is a new character name Seung Jo who is introduced she is their new neighbor.

She becomes close with the family. Overall, the one thing to know is Seoung Ji is Deok Ki living there for revenge. Moreover, the relationship is explained between Cheong, Seoung Ji, and Hak Kyu. It is seen that Seung Jo has given a new depth to the father-daughter relationship. She tries hard to solve all the misunderstandings from each other.

Seung Ji is trying to plant some revenge in the plot. The other side of attraction is seen in Cheong she is attracted to Seung Ji romantically. She has feelings for her. Moreover, Seung Ji plots revenge and tries her best to destroy the career and money of Hak Kyu. She even has arranged a plan of selling his daughter to a guy who takes her to Japan. 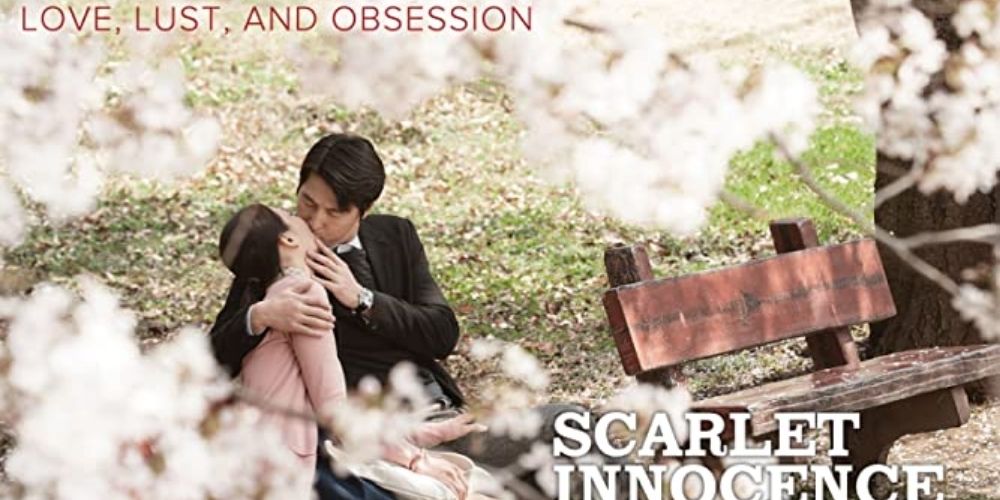 Ending Of the Movie

The ending of the movie is quite interesting as we can see Cheong has a quite smart brain she is a friend of the guy and makes it back to Korea. The movie ends on the note of a forceful operation in which Deok Ki and Hak Kyu send for operation. Deok Ki donates her eyes to him and at the end, he wakes up and sees the bling Deok Ki with her eyes. Everyone has tasted their cup of tea where they all face the consequences of all the wrong deeds they have done.

Also, a thing to mention that Deok Ki after getting dump by Hak Gyu opens the gas chamber in the kitchen and it is completely blown out as it gets spread inside her house and catches fire. Her deaf mother inside dies because of the blast that took place. So Deok ki gets her punishment of murdering her mother. Overall the revenge plot is seen at the end with no love as such following in the movie.

The movie Scarlet Innocence revolves around a quite mature theme. The one who is watching the drama should keep the maturity and depth about understanding the movie before watching it. The movie is an 18+ so if any children watching the movie under the age they should either be mature enough to understand the plot or surely skip it. The movie is interesting it shows different aspects o life how things grow and how things turn out with time. The lust factor that is prevailing in the society which leads to regrets and revenge is explained beautifully.

The movie has some bold scenes so be prepared before watching it. Overall it is a roller coaster of emotions love, revenge, deaths, and everything. This is a complete package under a roof. Moreover, if you are looking to watch something that is not usual and has some mature theme then this movie is the one.