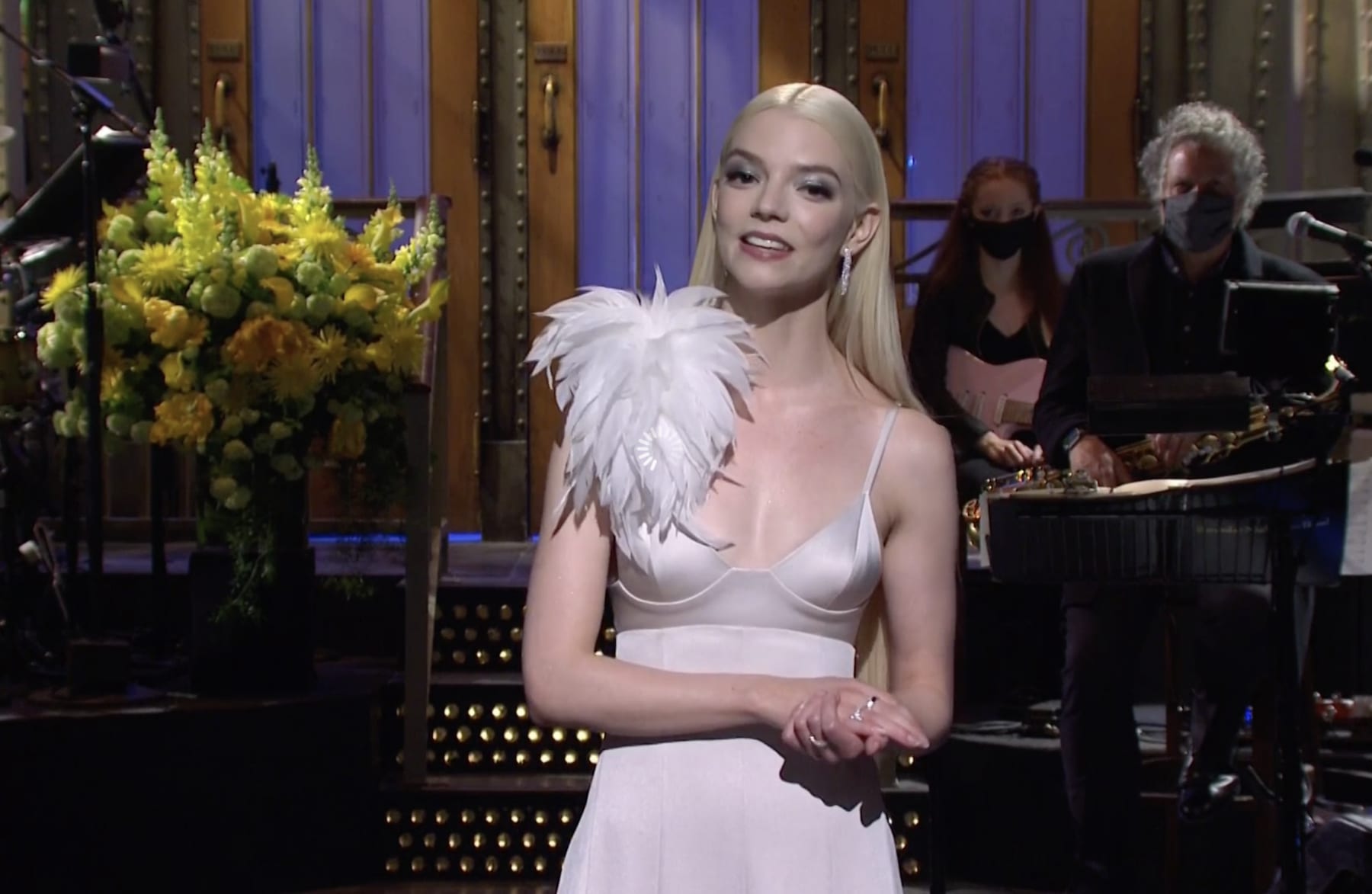 For die-hard fans of Saturday Night Live, it has been a reasonably good season that ended in a great way. Due to the limitations caused by COVID-19, there were extended breaks between runs.  Infact the entire season seemed like several mini-seasons put together with the confusion of cast members joining or leaving the show as their schedules permitted.  The finale of Season 46 though which was hosted by Anya-Taylor-Joy along with the musical guest Lil Nas X was an absolute delight. It was a wonderful joyful ending to an otherwise mediocre season. Anya Taylor’s professionalism, comic timing, and infectious enthusiasm made it a breezy last episode of the Season. And anybody who follows X on social media knows exactly how funny he can be and this Season finale was no exception.

Morgan Wallen was invited and then canceled. Trump who was President claimed that COVID would disappear and got it himself. Jim Carrey pretended to be Joe Biden. Elon Musk was Wario and a hilarious fifteen-minute sketch was done about a fly landing on Mike Pence’s head during a presidential debate.

Now, this was a season shot during extremely difficult times. Starting off during the last few weeks of Trumps’ crazy run as President and with a deadly pandemic appearing out of nowhere and taking millions of lives, as a result, the comedy suffered and there were just three or four genuinely good episodes. Also, only a few hosts could perform the live sketches convincingly. It wasn’t the show hosts, it’s just that trying to bring out the humor from otherwise miserable conditions came across as forced and plain unpleasant. The cast and crew deserve special appreciation just for being able to get the show on air every week. And the finale kind of made up for all the shortcomings of Season 46. 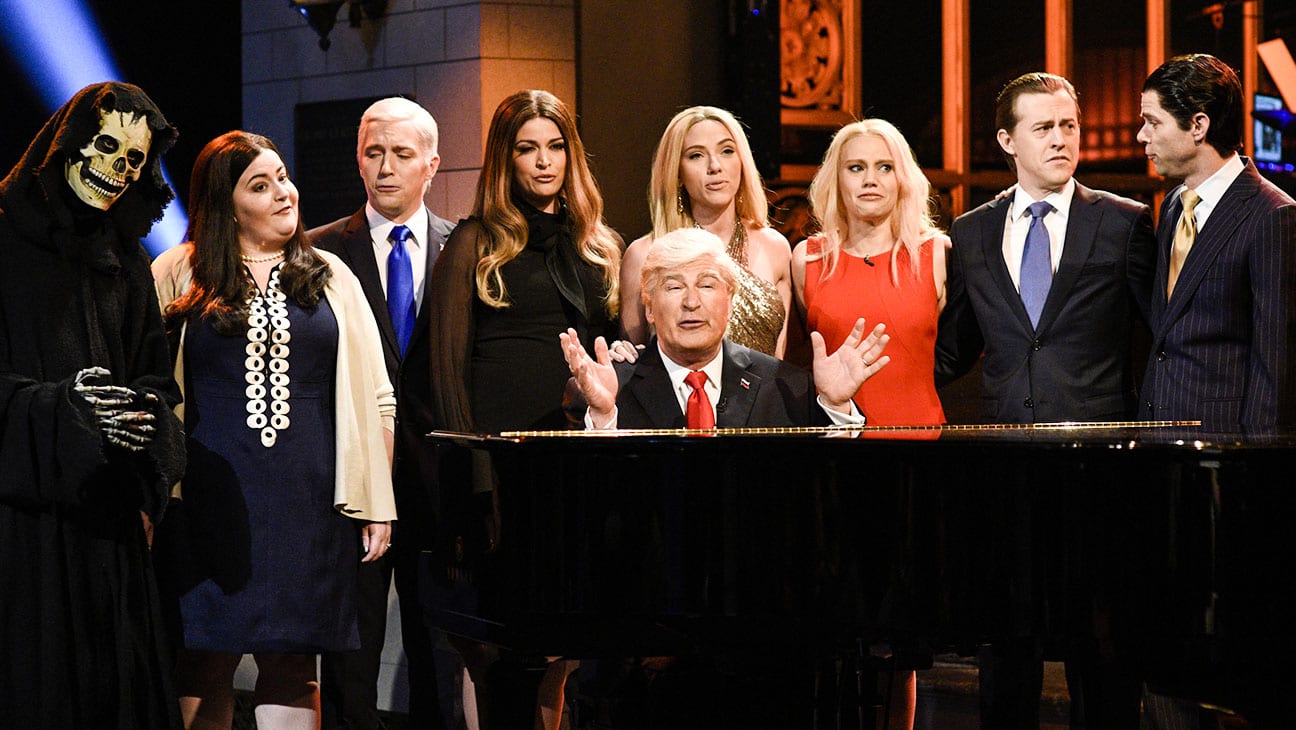 The agenda for this last episode of the season was reasonably complicated because it had to juggle a lot of different tones. Not only was it the Season finale, but it was also something like a farewell for some of the cast’s senior members. Season 46 Finale Cold Open was easily the best part of this entire finale.  Cecily Strong, Aidy Bryant, Kate McKinnon, and Kenan Thompson took center stage and the four SNL heavyweights who we are not sure if they would be back next season got their much-deserved applause and they reflected on all that had happened in the world over the course of the season. The rest of the cast, including Chris Rock who hosted the Season’s first episode, got all nostalgic and sentimental.

People know first-time show host Anya Taylor only from the Queen’s Gambit. Her monologue including the upside-down chessboard with cast members’ faces as chess pieces was quite hilarious and went down well with the audience. ‘Picture with dad’ was simple and stupid for the way a dad shoots himself in the groin while taking a picture with his daughter and her date on prom night but it definitely made us laugh. Then there was the weird and funny sketch of a bunch of angels finalizing the design of the human male in ‘Making Man’.

The pride month song had some truly great Bowen Yang moments. Weekend Update has often been the best part of the show this season and this episode was no exception. Pete Davidson was just being himself when he spoke in sincerity about mental health awareness, made some edgy jokes, and got sentimental while hinting at him leaving the show. He was put to good use in his sketch though it was not something he usually excelled at. Lastly, Cecily Strong as Jeanine Pirro was a showstopper. The crazy wine-drunk antics have turned into one of the best impressions on SNL in recent years. 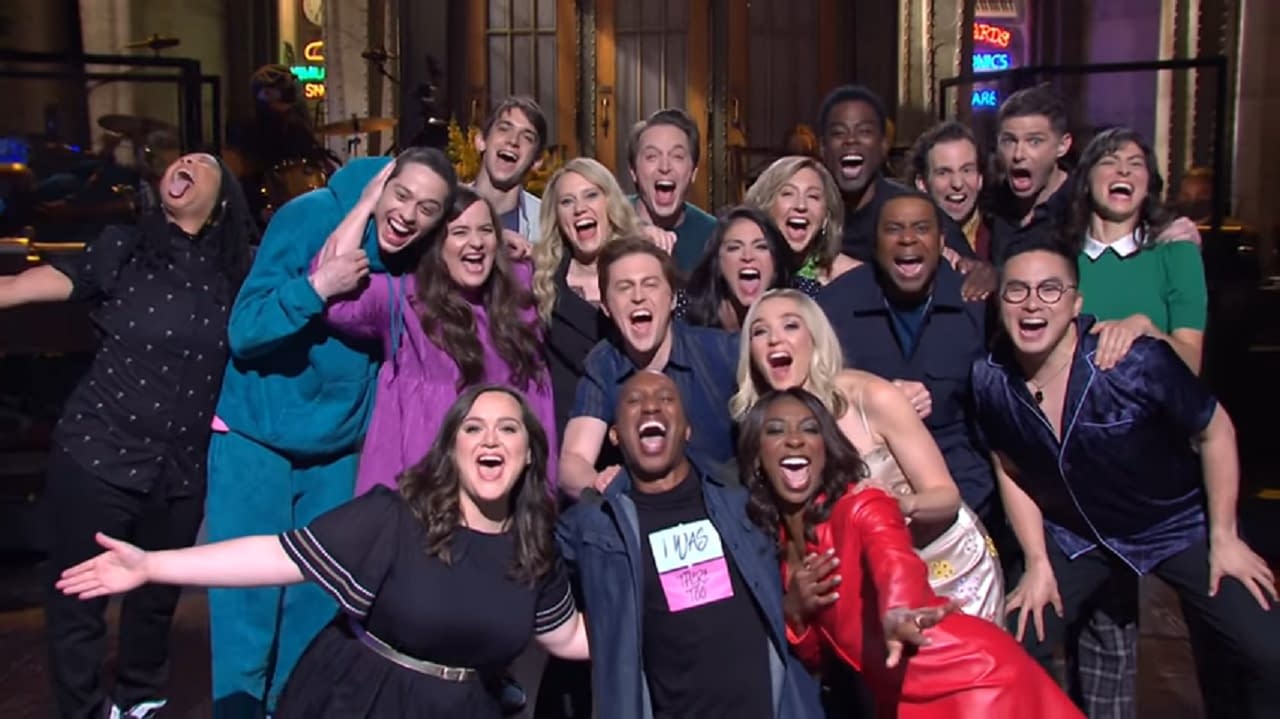 Apart from Anya Taylor’s monologue, the Queen’s Gambit was referenced only during the backstage pitch.  Kate McKinnon, Aidy Bryant, Ego Nwodim and Beck Bennett acting out awful Queen’s Gambit-related sketches to the host was rib-tickling. Lil Nas X with his wonderfully OTT performance of “Montero (Call Me By Your Name) with the unexpected wardrobe malfunction and ‘Sun goes down’ performance did not disappoint at all.