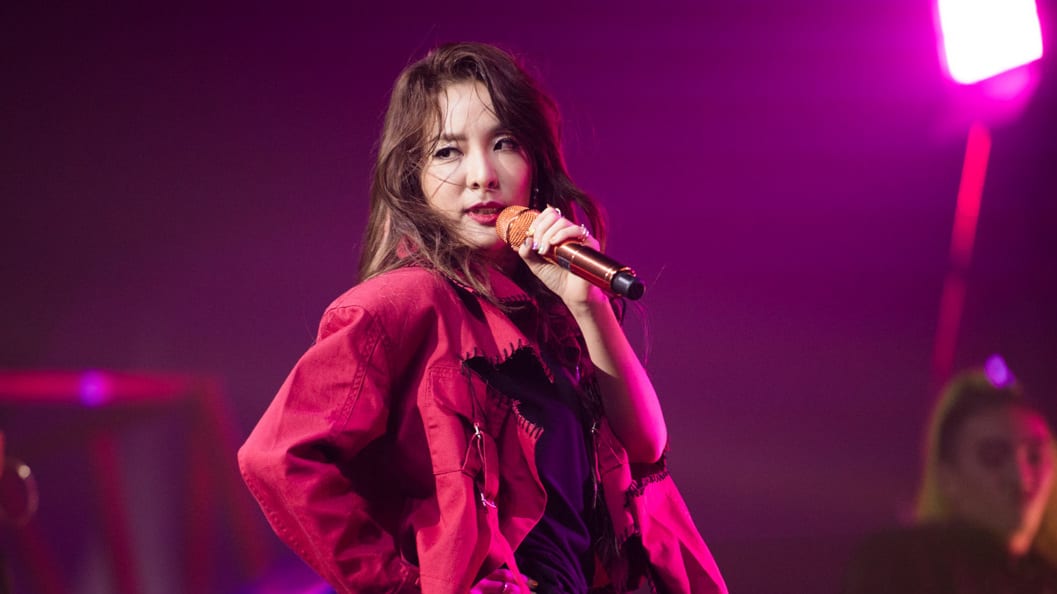 A glimpse of an concert of Sandara Park

Later, the disbandment of the girl group took place in the latter half of 2016. In early 2017, the group’s final single release took place. In 2016, Bom and Minzy made their first depart from the group. In 2019, CL saw her depart, and Sandara is the last one now for leaving the group. Sandara stayed with the entertainment agency for additional five years after the group’s disbandment. Her stage name was Dara. She was originally from Busan. Apart from being a successful singer, she appeared in several reality shows, television shows, and movies.

Sandara Park expressed her thoughts on social media on leaving YG Entertainment after seventeen long years on May 17, 2021. She shared her views on a long Instagram post while also posting some photos. Sandra wrote about her coming to an unfamiliar place in 2004 without knowing anything and having nobody to learn. However, the YG Entertainment Company became her family, the house, and hometown that not only taught her but also took care of her. Now, she has left the same place that was her everything and became her rock for paving a new start.

Also Read: What To Expect From Mouse Episode 20?

Furthermore, Sandara said about joining the entertainment agency after falling in love with the hip-looking cool seniors. They became her family members besides being colleagues. She has already spent somehow seventeen years maturing and growing with YG Entertainment. Sandara spoke about everything was like a dream for her. She went on stage with some excellent members, received love, and experienced several things. But, she also felt that everything was falling away from each other after the disbandment of 2NE1.

However, she did not get discouraged and took a positive mindset for trying various new things. She begins with the thought of starting again from the beginning. Sandara thinks of those past years as her asset. It is also the reason for her positive mindset today. However, standing on stage again was her dearest wish. She actually wants to stand on stage again for showing herself for the Blackjacks, the fandom name of 2NE1. Moreover, her cheering and lovable fans make her want to return to the stage. It has been her dream since her elementary school’s second grade. The same did not get changed even once.

Sandara Park is more excited than now ever before as it is her life’s third stage. It is a new challenge for her that is marking her career rather than stability. Furthermore, it is important to her the attachment, people, and spending time with known people like more than anything. But, she made such a big decision for her dreams and the people waiting for her to achieve those dreams despite everything. At last, Sandara also hopes to see the members of her 2NEI, whom she misses and loves a lot. She hopes to keep up her work in several areas and praying to reunite with her 2NEI group members again someday. Finally, Sandara put an end to the writing by wishing 2NEI members congratulations on their 12th anniversary.