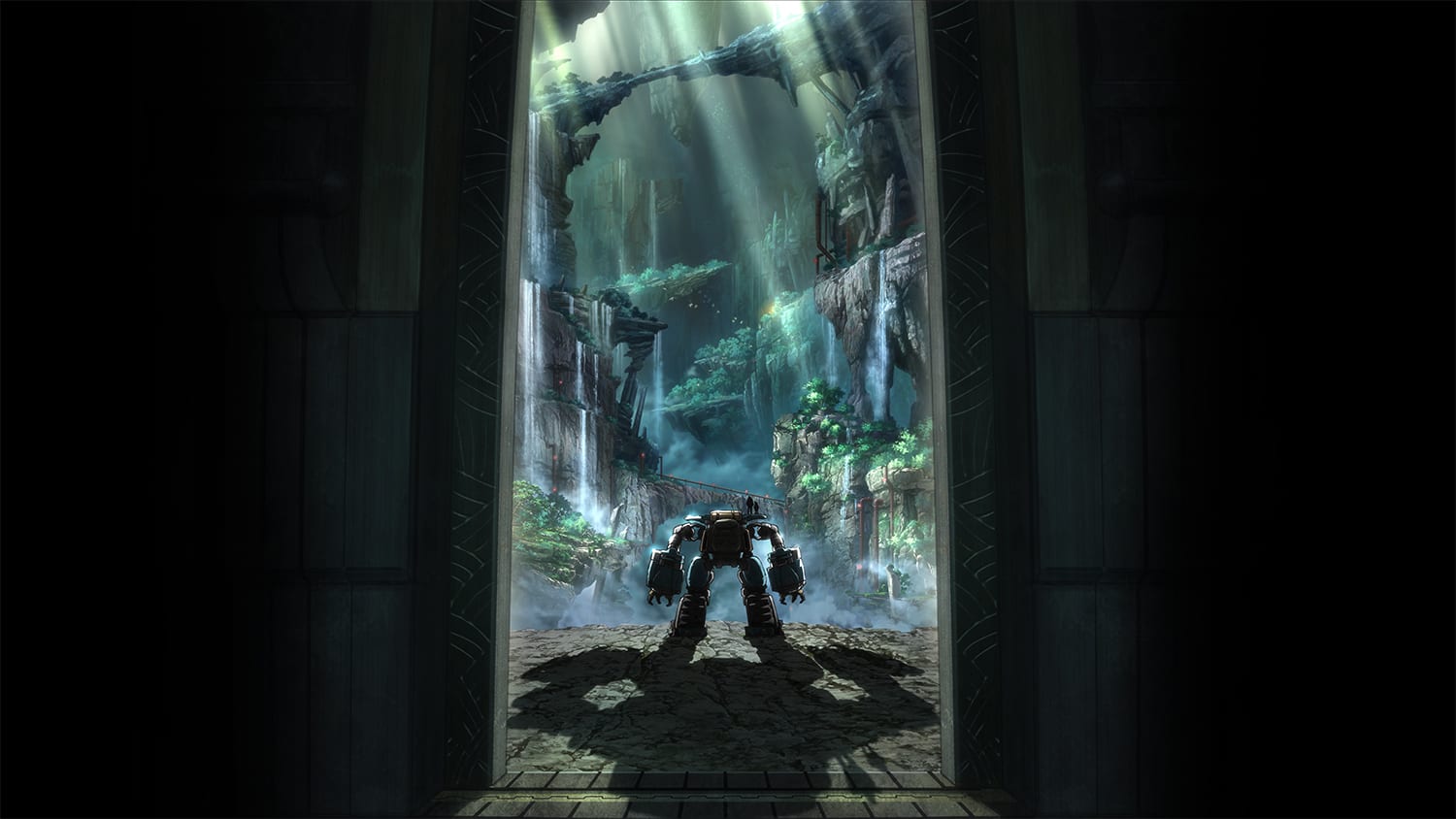 Mecha is a popular genre of anime. After the release of Eighty-Six and Eden’s Zero, 2021 will be welcoming another mecha anime. Sakugan (or Sacks&Guns in English) is based on the novel, Sakugan Labyrinth Marker by Nekotaro Inui. In 2018, Project Anima collaborated with DeNA, Sotsu, and Bunka Housou and conducted a story writing competition. Nekotaro Inui’s Sakugan Labyrinth Marker was the runner’s up in the Science Fiction Category. By 2020, the novel was also selected for an anime adaptation. The anime was supposed to be released in 2020 but it was postponed.

Recently, the Sakugan anime release date was announced. This science-fiction anime has many good things to look forward to; good characters, wholesome interactions, and the intense essence of machines and mystery. The visuals and trailers also give out a good vibe about the anime.

A lot of things about the anime are new. This is Project Anima’s first work. Its art and animation are beyond decent and actually look pretty fitting to the story. Additionally, it has a good voice cast and staff that immediately raises a lot of expectations of Sakugan. A certain aura around it tells us that by the end of it, the anime will be raising many questions to our conscience. Assumptions apart, we would only know how good or bad it is only after it is released. Sakugan anime release date has been announced in addition to many other details like the plot, trailer, voice cast, and staff. Here are all the details about the upcoming anime.

The distant future. Mankind lived close to each other in colonies separated by bedrock. A dangerous undeveloped area “labyrinth” spreads out of the colony, and those who risk their lives to cultivate the “labyrinth” were called”markers”. A girl who wants to be a marker, Memenpu, and a man who quit the job of a marker, Gaganbar. Such an uneven father and daughter live in a colony named Pinyin.

When Memenpu expresses her curiosity to find her mother, Gaganbar, and her travel outside the colony. However, outside the colony lay dangerous creatures that they need to be wary of. As they journey, what will they find? What truth will they learn?

A story of a loving father-daughter relation against the world, Sakugan entangles family love with the turmoils of science fiction.

As aforementioned, the anime was scheduled to premiere in 2020. After being delayed, the Sakugan anime is now going to be released in the fall of 2021. A specific date has not been given out but it is confirmed for an October release. Thus, we are barely months away from the anime premiere.

You can stay updated by following the official Twitter account of the anime or check their official website. Alternatively, you can also check our website for future details about the Sakugan anime release date.

The first promotional video of the anime came out on 19 January 2021.

On 15 June another trailer of the anime was released. In both the videos we see different glimpses of the main character, Memenpu, and Gaganbar. Also, we are given a quick walkthrough of the environment that the anime is set in. Rails, big robots, and different labyrinths are shown that definitely raise multiple layers of interest in our minds towards the anime. The narration of DJ K, who is a famous personality of the popular radio program “Good morning K”, can be heard in the second trailer.

Sakugan anime has many notable voice actors working on it. Kanon Amane will voice the 9-year-old Memenpu. Hiroki Tochi will voice her father, Gaganbar. Zakurettu will be voiced by Kana Hanazawa. Toyonaga Toshiyuki will voice Yurie. Yoshimasa Hosoya will voice Melо̄lo. Minami Tsuda will voice Linda. Hikaru Midorikawa will voice Rufus. Tsuyoshi Koyama will voice Boss. Misaki Watada will voice Muro. In the recent trailer, the voice actor of DJ K was revealed to be Hiroshi Kamiya.

Interaction between the voice actors can be viewed on the official YouTube Channel of Project Anima.

The anime will be directed by Junichi Wada. Yuji Iwahara illustrates the character designs, which are animated by Shunpei Mochizuki. Kazuma Kota works on the concept design and the mechanic designs are done by Lune Stanislas. The sound director is Eriko Kimura with Tohoku Shinsha working on the sound production. The anime will be produced by studio Satellite.

It was also announced that the script of DJ K (CV Hiroshi Kamiya) is supervised by Masaru Suwa, who is also a constituent writer of the official radio for the anime “Sacks & Guns”.