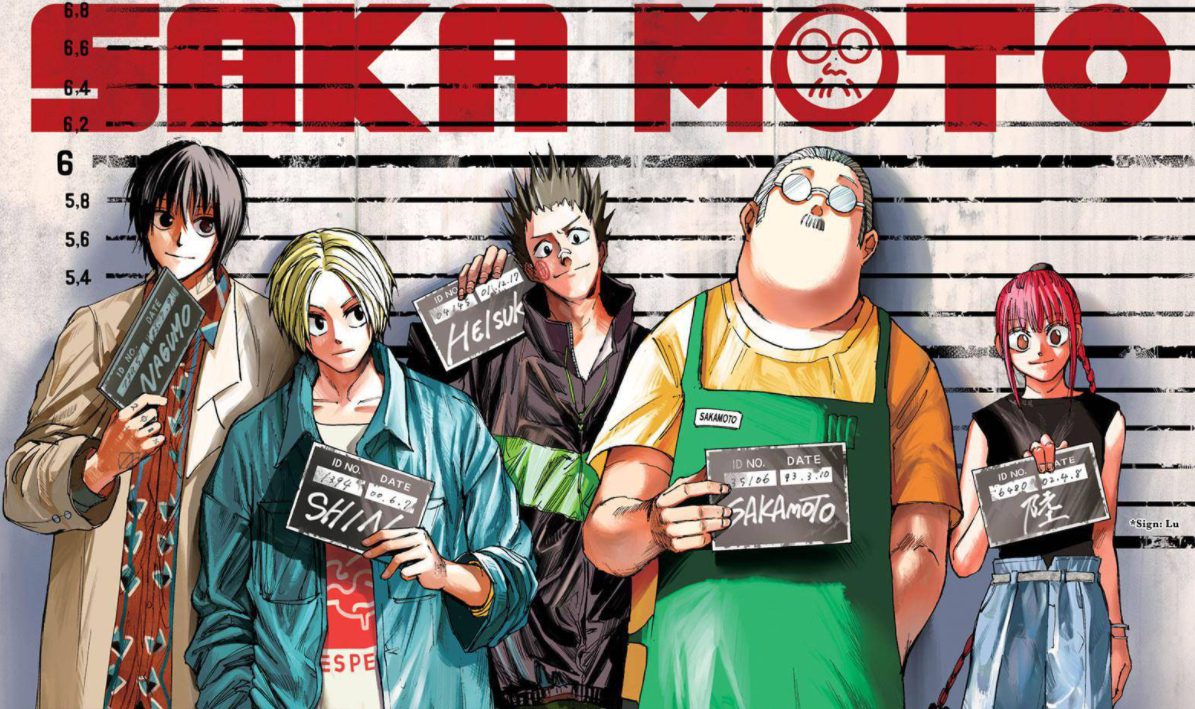 Sakamoto Days is a Weekly Shonen Jump manga series authored and illustrated by Yuuto Suzuki. The manga’s plot centers on Taro Sakamoto, the greatest assassin who was feared by villains and admired by hitmen. The series has a great balance of action and humor. It makes very subtle use of dark comedy. The show’s general tone never gets solemn or dismal. The primary characters are all well-developed, which enhances the enjoyment. The series’ special effects and aesthetic features are also excellent. Read the article to learn all there is to know about the upcoming chapter, including its publication date and where you can read the manga.

Thirty minutes remain until the remaining applicants arrive at the location in Chapter 60, titled “Kanaguri.” Shin and Mafuyu were introduced to Kanaguri, a well-known filmmaker. Mafuyu mocked the features of movies that irritated Kanaguri. Shin discovered Kanaguri’s speed to be quicker than predicted by his Clairvoyance. While battling Kanaguri, Mr. Sakamoto as well as Akira joined Shin. Finally, Kanaguri blew out the plane’s side to create a dramatic effect. What could Mr. Sakamoto do next as he confronts new adversaries? Currently, the chapters of Sakamoto Days are intriguing, and fans are ecstatic with how the narrative is developing. In the following episode, we’ll witness how our characters deal with the unforeseen event that arises during the JCC exam.

Suzuki debuted in Shueisha’s Jump GIGA with a one-shot named Sakamoto on December 26, 2019. On November 21, 2020, Sakamoto Days made its debut in Shueisha’s Weekly Shōnen Jump. The chapters have been separated into distinct tankōbon volumes by Shueisha. On April 2, 2021, the very first volume was released. Five volumes have now been issued as of January 4, 2022.

Taro Sakamoto was formerly an unequaled hitman who rose to legendary fame in the criminal underworld. However, the unthinkable occurred one day. Sakamoto was besotted. He began dating, retired, married, and had a child, and as a result, he became overweight. The realm of hitmen still chases him, even though he now works as a simple convenience store owner. Sakamoto and Shin, an Esper and employee at his tiny business, will risk their lives to safeguard Sakamoto’s and his family’s lives.

Let’s take a step back and see what occurred in Chapter 60 before continuing on. The pilots make a declaration about the JCC test’s progress at the opening of this chapter. Only sixty-three of the three hundred and sixty candidates remain, and they have thirty minutes till they arrive at their destination. Mafuyu accompanies Shin around, pestering him with questions about why he took the test. Kanaguri follows them with his camera rolling, hoping to capture some decent footage.

Shin recognizes Kanaguri, a well-known murder film filmmaker. Even though Kanaguri gives Mafuyu the opportunity to be in a movie, Mafuyu feels the shooting without consent is bothersome. He goes on to claim that films are overrated nowadays and that YouTube is a better alternative. To rub salt in the wound, he claims that even if someone googles a movie storyline, they can figure it out immediately.

Kanaguri becomes enraged by the statements and threatens to murder anybody who degrades movies. Shin utilizes his Clairvoyance to counteract Kanaguri’s movements when he notices him coming. Shin is surprised to see Kanaguri is quicker than his ability to forecast, and he questions how the admin sees the future. Fortunately, Mr. Sakamoto, as well as Akira, intervene before Kanaguri could do anything severe.

Glancing at Akira, Kanaguri sees her as the ideal heroine for his film. Mr. Sakamoto attempts to assault Kanaguri, but his fast reactions save him. Kanaguri shoots a beam and damages the plane’s side to keep the narrative exciting. ‘This is a movie!’ Kanaguri exclaims as the candidates devolve more into pandemonium.

On March 6, 2022, Sakamoto Days Chapter 61 would be released. This week, Chapter 61 of Sakamoto Days is not taking a vacation. The chapter’s topic is still to be announced. As always, this will resume in the next edition of Weekly Shonen Jump.

Where Can You Read It?

You can read Sakamoto Days on Shonen Jump and Manga Plus. To read all of the chapters, you must upgrade to a premium membership.

Also read: Manga Plus App Makes All Chapters Available For Reading, For 41 Manga Series Till 2023